This match came about because Alexander became fed up with Bully Ray and instead of waiting for their match at Hard To Kill, Alexander issued an open challenge so Bully could come face him for the title on IMPACT TV and still keep his pay-per-view match. Bully appeared via video and told Alexander he’ll wait until Hard To Kill so stepping up to the challenge was Mike Bailey.

Post-match, Alexander and Bailey received standing ovations. When Bailey came to the back, one of the individuals ‘showing their respect’ was Kenny King who ended up spitting water at Bailey.

Due to Bailey versus Alexander going 60 minutes, the singles match between Eddie Edwards and Delirious that was supposed to main event has been moved to December 15th.

Hard To Kill is scheduled for January 13th and in addition to the Alexander versus Bully match, Mickie James is putting her career on the line in a match against Jordynne Grace with Grace’s Knockouts World Title hanging in the balance.

Impact just uploaded the entirety of Bailey/Alexander, no breaks or edits. Well worth your time. 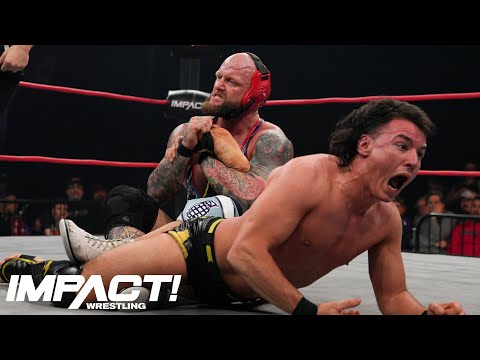