The inaugural show date has been pushed back.

This weekend, Sunny Dhinsa and Gzim Selmani, formerly known as ‘Akam’ and ‘Rezar’ of The Authors of Pain were scheduled to present the inaugural ‘Wrestling Entertainment Series’ event at Motorpoint Arena in Nottingham, England.

The show has been postponed to July 9th and all tickets purchased remain valid for the new date. Last night, Chelsea Green tweeted out that the show had been cancelled.

Unfortunately, the event organisers of @wesofficialtv have decided to postpone this event. Originally due to take place on 4 June, this event has been rescheduled to 9 July 2022.

All tickets remain valid for the new date.

There were going to be four new champions crowned this weekend and it was confirmed that the commentary team for the show was Jonathan Coachman and Matt Rehwoldt. Below was the announced card for the June 4th date:

Well ain’t that a shame.

Talent saying the show is cancelled while the venue says otherwise is a bad look.

This card is a gimick 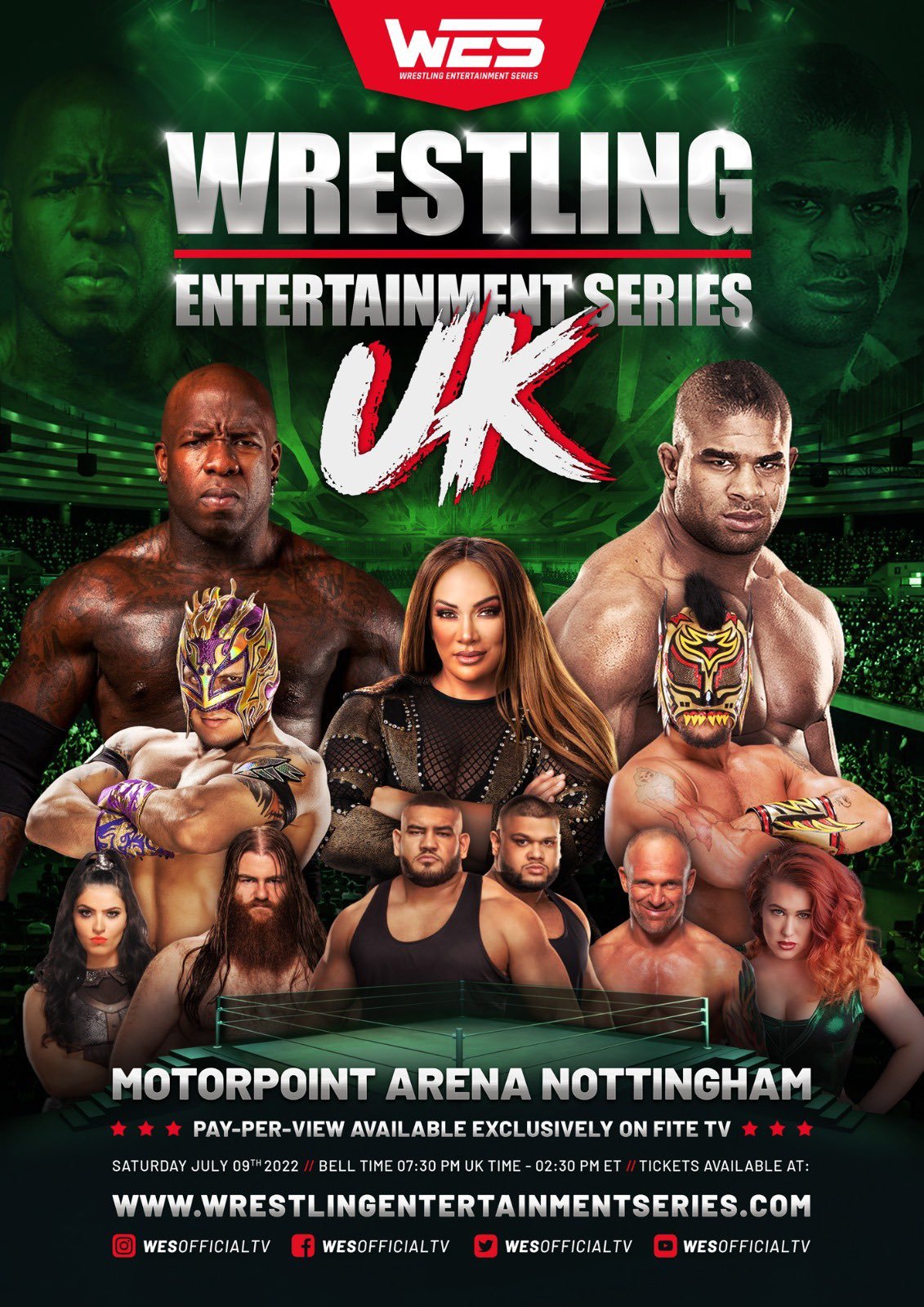 @
Just been told that this re-arranged show, which still has people advertised on the poster who aren't coming, and is being held at the 10,000 seater Motorpoint Arena in Nottingham has sold *drum roll*... LESS THAN 350 tickets.