According to the Times Leader, the IWTV (Independent Wrestling.tv) outlet has launched a lawsuit against Game Changer Wrestling for breach of contract.

The suit alleges that IndependentWrestling.tv and GCW entered into an agreement on March 19, 2020, with IWTV set to film, produce, and distribute GCW’s events and would be the exclusive holder of its pay-per-view rights.

IWTV is claiming damages from the loss of revenue for 36 pay-per-views that GCW ran between December 5th and May 15th that violated the original agreement despite being notified by IWTV. The outlet believes the damages are in excess of $500,000 and are seeking a judgment in their favor.

Back in December, GCW issued a statement on Twitter requesting to be let out of their contract with IWTV with the following message:

Game Changer Wrestling is formally requesting to be released from our IWTV contract.

This request comes with sadness and regret, but also with the knowledge that there is apparently no other option.

Thank you everyone for your support.

Wrestling promoters – what if I told you that you don’t own or aren’t entitled to your masters?

GCW is set to run several events this weekend from The Showboat in Atlantic City including the Deathmatch Hall of Fame, Tournament of Survival, and Zombie Walk events that will be available through FITE TV.

Can’t seen any version of this where GCW aren’t clearly in the wrong. They publicly broke their contact with IWTV.

I don’t think GCW / Brett wants this to go very far, simply it would mean GCW having to give some accounting of funds. And from the sounds of it, a lot of cash was spent back around the cancellation of Collective 2020 V1, last spring.

Simplest solution, GCW returns to IWTV to make up the missing shows, and the old shows go back on their VOD. 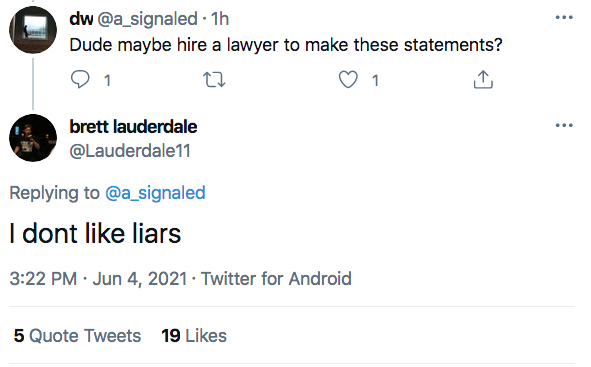