Joey Ryan tried to attack JC and just got owned 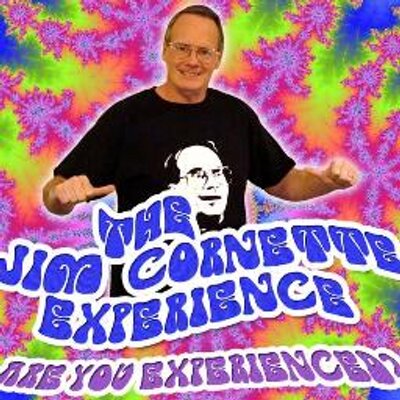 Fuck your "family" bullshit you simpering twit. Wrestling would be made better by having phony clownshow "comedians" like you & your cosplay friends pissed out of it's collective bladder, and THAT'S how I'm trying to make wrestling better--rid it of people who don't respect it. https://t.co/xLYe3ZfNz3

Cornette has no interest in making wrestling better. His agenda is to divide the wrestling community by asking them to choose sides rather than grow us together like a family. He’s toxic to industry growth. https://twitter.com/_randomsidekick/status/1195660574081699840 …

I only hope to god that AEW never brings this guy and his act in. What Ken Shamrock had to do to make a buck was heartbreaking to watch for anyone who was ever a fan of his

I grew tired of Jim. I used to really like him but he went completely over the top with his HATE gimmick and it is hard for me to find him and his “war” funny anymore. Enjoying hearing him on commentary on NWA, though.

In the last 20 years, list me all the ways Jim Cornette has positively contributed to wrestling and / or drew money for anybody else?

Not surprising that you would take Jim Cornette’s side. The guy is mentally ill and full of hate and it’s sad.

While I’m not a fan of Joey Ryan’s gimmick, there are people that are and that’s all that matters. Some people enjoy dick flips, some enjoy a guy with his hands in his pockets, some enjoy cuck angles, some enjoy a guy banging his opponents dead girlfriend. Wrestling has something for everyone.

Ken Shamrock didn’t HAVE to do anything. He chose to, because he didn’t see a problem with it.

Wrestling would be a lot better if it didn’t have these hate filled jackasses telling the rest of us what is and isn’t wrestling. Then again, this is the same guy that thought a tennis racket was a weapon that could level the Road Warriors…

How is this any different to any other angry tweet from Cornette? His whole timeline is full of this.

When are you going to stop banging on about how bad it would be if Ryan joined AEW? There’s been literally nothing to suggest this will happen, in fact all evidence suggests Tony Khan flat out rejected him because he can’t stand the gimmick either. You’re desperately looking for ways to be angry and shit on AEW.

Also, Ken Shamrock chose to play along and it wasn’t to “make a buck”. He’s Ken Shamrock, not some destitute rookie.

You’re desperately looking for ways to be angry and shit on AEW.

Alex - I feel like you’re disappointed in the fact that AEW isn’t what you were hoping / expecting it to be. I am assuming you wanted to be a straight port of NJPW in the US.

You seem to be mad that they have incorporated any sort of entertainment aspect of literally every major North American televised promotion from the last 40 years.

It’s obvious they aren’t for you. Maybe you should just accept that? They are getting overwhelming positive critical and fan responses. They are doing great in their TV ratings. They have been an unequivocal success in everything they set out to do. Except in your eyes - as they’re not beating RAW in the ratings, with zero comedy or colorful characters.

How could anyone read that and think Jim Cornette owned anyone? He comes of awful in that reply. I enjoy him on NWA but holy shit this is embarrassing.

I stopped taking Cornette seriously when he made a correlation between Omega & Ibushi and Hitler.

The only thing Cornette owns is an attic full of wrestling memorabilia.

I just wanted it to be like NJPW or the closest to a true sporting type show.

This isn’t what I wanted - wrestling that is good (not great but good) with lots of goofy stuff, excessive violence, really bad women’s wrestling, heels that say simplest things like “your town is inbreed” and a crowd that boos that.

It has some good stuff and it’s miles better than RAW or Smackdown. However I find NXT is much closer to NJPW.

I was really turned off when I went to All Out and the entire crowd was white males.

I feel like this is a product aimed at the ECW and Spring Break fans.

It’s good but I do see Cornettes point a bit. He’s crass and over the top but I would too like it better if it was more serious and adult like.

I listen to Cornette just to get another perspective on things he makes some decent points but he is hugely biased in many areas. Just listen to him review Candice Lerae in NXT won’t be positive because at some other point in time she worked with Joey Ryan.

Imagine Chevy Chase (Someone who hasn’t been mainstream successful since the 80s) telling Judd Apatow/Seth Rogen/Paul Rudd and that crew that the type of comedies they make were shit. He would be free to his opinion but imagine a rabid fan base of people who wish we could go back to the studio audience comedy, living and dying off of Chevy’s words and use his words as gospel

Those people exist in every fandom and more so in a niche fandom like wrestling. When there have been so few successful wrestling programs I think people get real invested in the success of those that exist. I think he is partially right in that most people don’t want dick flips in their wrestling. So if it shows up on say AEW (which it hasn’t for the most part their comedy has been kept pretty tame) I think it is right to be critical of that promotion. But saying it should exist no where is silly.

The art of professional wrestling is essentially getting a reaction from the audience. To get over. To generate interest in the performers and performance.
We all know wrestling is “fake”, we all know that the characters we watch are not the real people. Kayfabe has been broken for decades.
So why is Corny getting a rage boner over how people get over? Because it’s not “believable”? But we all know it’s not real…
Fuck, I remember him going on and on about how the NWO was gonna kill the business, and yet; 20 years later; we are still here.

I think it is right to be critical of that promotion.

I disagree. If no one liked it at all, thats different. Unfortunately, that gimmick still lasts, because there are actually people that like it and if that is what entertains them, then…that is their right, but I dont think we can criticize any promotion for it. Its different than WWE where they have a cuck angle and clearly their audience is not getting too behind it, yet they continue doing it. They’ve even done it with multiple performers.

I think if the idea is that the promotion is looking to be a mainstream top promotion then things like Joey Ryan won’t be something most of the audience wants. So if a loud minority cheers it that doesn’t make it a good idea. I don’t have an issue with it in Impact because I think they have accepted that they are going to be a more Indy style promotion and have the fan base that goes with that. But if a promotion is looking for millions of fans I think bring critical of things they do that could turn off large portions of that audience is fine.

I mean apparently the cuck angles are getting you tube views so someone likes it right? So we shouldn’t say that it sucks.

So do you also agree with Cornette shitting on women’s wrestling the past few days? Or do you just pick and choose his weird slants that vibe with you?

And what’s with your obsession with Joey Ryan and AEW? He’s not going there lol