Awww, man… So sad that they broke up again because I thought that Table for 3 was so beautiful. Eating popcorn again however. 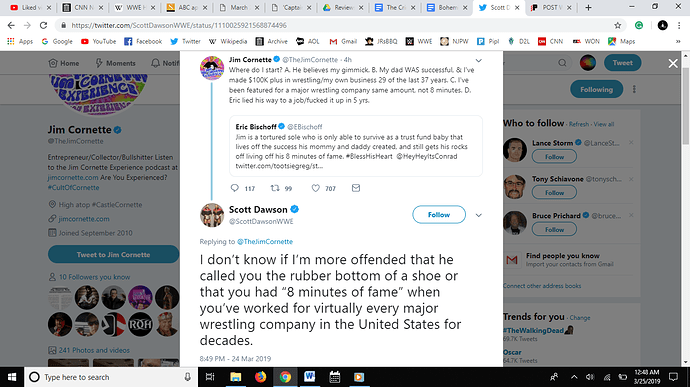 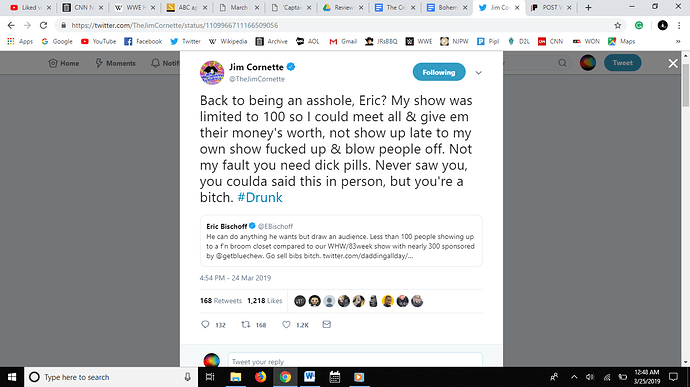 This is just cornette and bischoff doing what they do best and that play the fans by making them think they hate each other.

I am not a fan of either guy. Jim Cornette is a bigot who has been on the record for saying hateful things about Muslims on his podcast. Eric Bischoff comes across as cocky, and his podcast is quite boring. I wouldn’t be surprised if this isn’t a work. Jim Cornette seems legit crazy.

Both guys are losers, but Bischoff won’t win in a war of words with Cornette. EB should focus on improving his terrible podcast.

Oh jeez, sounds like both of these guys need to get a grip. I won’t be surprised if Conrad mentions it on the next 83 Weeks podcast to try and increase the download amount they get this week.

What, did Dave stop engaging with Easy E on Twitter?