Revolution Pro Wrestling, who’s Heavyweight Champion is currently Hiroshi Tanahashi, have severed ties/fired wrestler Josh Bodom after he shoot beatdown a referee after a botched ending to a match on their ‘Summer Sizzler’ show on Friday, 30th August from London, UK.

It’s made national news in the UK here: 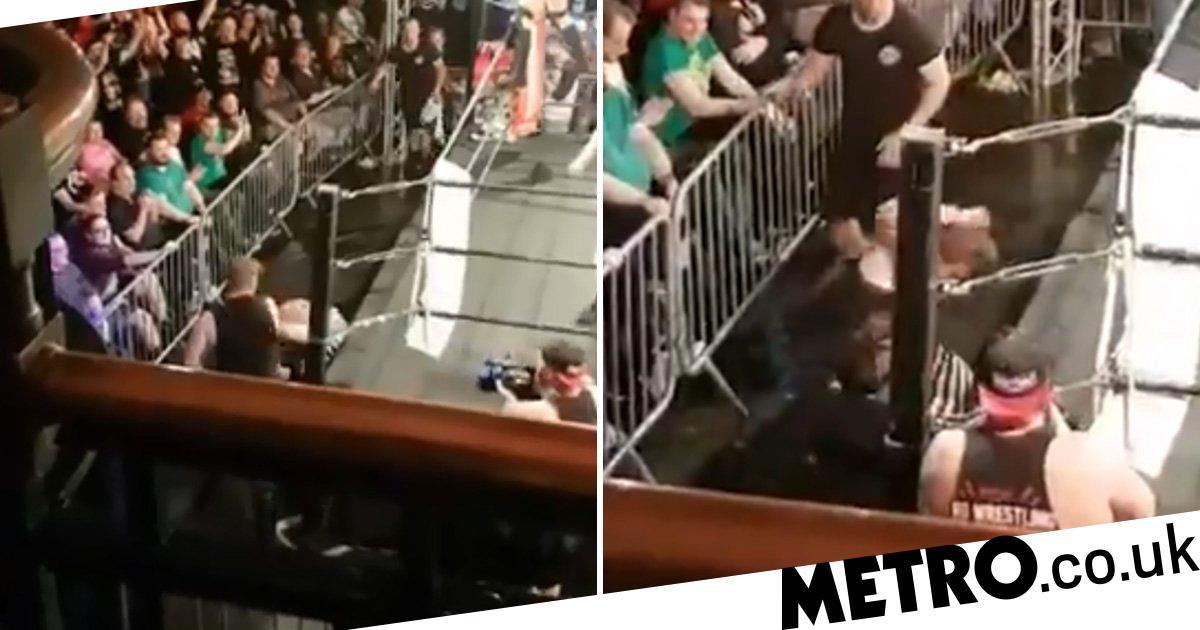 UK wrestler sacked for attacking referee in 'heat of the moment'

Referee Aaren Wilde, says he has had to put his career on hold, due to the ‘severity of the injuries sustained’.

I was in attendance on the balcony that night and one of Aussie Open was covering Josh Bodom, the ref counted to 3 and Bodom appeared to kick out late. The ref signalled for the bell and the end of the match, we were confused as to what was going on before Aussie Open were announced as the winners of the match.

Sha Samuels of the opposing team then body slammed the ref in the ring, can’t remember how the ref got to the outside, but Josh Bodom then proceeded to go to town on the ref with forearms and punches.

This sounds hilarious. Roid monkey beats up ref in a fake fight.

And you wonder why wrestling isn’t cool nowadays lol

The Sha Samuel’s stuff seems like he just tried to improvise and cover for the botched finish. I’m not sure how the ref could’ve gotten seriously injured from that, didn’t happen with his permission but it looked perfectly safe. The Josh Bodom stuff is obviously over the line. The ref I think is over exaggerating his condition though. It didn’t look like a life altering incident.