The case stemming from the November 2014 “Art of Wrestling” interview that Colt Cabana (Scott Colton) conducted with CM Punk (Phil Brooks) has concluded with the jury ruling in favor of the two men.

Following closing arguments on Tuesday, the jury assigned to the civil trial deliberated for approximately two hours before rending their decision in favor of Punk and Cabana. No damages were awarded to either side.

This story traces back to 2014 when Cabana dropped the podcast in the early hours of Thanksgiving Day 2014 with a candid conversation with Punk regarding his departure from World Wrestling Entertainment earlier that year. Punk was unfiltered with his view of his handling within the company, the injuries and ailments he was suffering from and alleging negligence in how he was treated by the medical staff of the company. While not naming Dr. Christopher Amann by name, many fans came after Amann on Twitter and other forms as they targeted him for the claims made on the podcast.

In early 2015, Dr. Amann filed suit against the two for defamation regarding the comments made on the podcast.

The case dragged on for years and went to trial on Tuesday, May 29th with Dr. Amann, Punk, Cabana, Punk’s wife, AJ Lee, Glenn “Kane” Jacobs, trainer Larry Heck, former timekeeper Mark Yeaton, and Mark Carrano among those testifying in the trial.

One of the items focused upon was a lump that Punk spoke about on the podcast. At the time, he had stated the lump formed on his lower back and later needed to be squeezed with the fear it was a staph infection or MRSA. The WWE had even released video from Punk performing during this time to show there was no visible lump on his lower back. In the testimony, it was revealed that the actual location of the lump was on Punk’s butt and not the lower back to explain the confusion. There was enough testimony to provide proof the lump did exist, while also concluding that Punk did exaggerate on the podcast.

The following notes from Tuesday’s closing arguments are courtesy of Ross Berman at the WrestleZone site.

The closing arguments from the plaintiff’s stated that they believed Punk knowingly made false statements on the podcast and Cabana published the podcast knowing they were false statements. They argued that Dr. Amann only needs to prove emotional distress and damages as opposed to monetary damages, which was discussed in the trial regarding his position within the WWE and wrestlers not treating him any differently since the podcast. They sought $1 per stream of the podcast that would amount to $3,989,000 in damages.

The closing arguments from the defense stated that Punk and Cabana were telling stories on the podcast and stories are going to vary from person-to-person. They went through Punk’s many medical issues throughout 2013, argued the WWE’s medical reports could not be relied upon as they omitted several of Punk’s prescriptions and that Dr. Amann has brought on the negative feedback by vanity searching through social media. They added that Dr. Amann has denied needing therapy and sleeps eight hours per night.

Following the decision being read, Punk and wife AJ began crying. Punk will now get set for his second UFC fight on Saturday when he meets Mike Jackson at UFC 225 in Chicago at the United Center.

Colt Cabana spoke to Fightful.com shortly after the decision was read:

I’m glad it’s over and everyone can move on. I’m especially happy for Cabana given the position he’s been in (independent wrestler and podcaster with at best his ROH gig his only regular gig) compared to Punk’s. Hopefully this legal cloud over Cabana’s shoulder will disappear.

Vince needs some retaliation now. He should give someone a doctor gimmick and have his finishing move be called “The Lump”

The whole thing seemed pointless from the start.

ianal, but even if the legal precedents won’t always match up, I’m glad that a message has been sent regarding trying to drag journalists/podcasters into the muck. In a business as shady as wrestling it’s easy to imagine the quality and accuracy of journalism suffering if reporters or wrestlers were always worried about the next Amann (or corporate behemoth backing them) coming for them.

I agree. Whats sadder is the cost and waste that into the trial.

Dr. Amann couldnt prove losses bc his employer not only stands by him but they obviously funded this trial.

Vince has literally said in a meta-heel interview that he is so rich he can sue anyone and they cant afford to keep going thus settling.

Punk has a ton of money and is as stubborn as the old man!

Much ado about nothing!

This lawsuit isn’t due to monetary loss, however, we’re going to sue you for $3.99 million dollars.

I bet 3.5 years ago no one thought ‘the verdict will be a few days before Punk’s 2nd fight’.

I came in this thread ready to talk seriously about how this re-emphasizes how frivolous civil.suits. can be…but all I am wondering now is

What this was supposed to be.

IANAL is a Usenet and chat abbreviation (initialism) for the expansion "I am not a lawyer". The expansion may be used by non-lawyers who are seeking to avoid accusations of unauthorized practice of law and are not making any recommendation to the particular addressee of their remarks. A related abbreviation, TINLA, stands for "This is not legal advice." One or both of these expansions often precede opinions about law. The use of these expansions serves as a warning for the reader not to take the ...

“Former Attorney here. Can confirm. Punk also laughed in the middle of the courtroom. Not looking good for Punk.”

Based on the notes, it seemed like a lot of the case against Punk was raising doubts about if “The Lump” even existed. Once it became pretty clear it did exist, I’m sure the case completely fell apart.

They were basically trying to convince a jury that Punk made up “The Lump” and co-opted AJ, Colt, a nurse and a random masseuse to lie about it under oath to ruin Dr. Ammon’s life to the tune of $4 million despite not losing his job or having any evidenced of distress outside of his words and some mean tweets.

Since John brought it up this week…

What if THIS is Punk’s walkout music on Saturday? Or Mike Jackson’s? 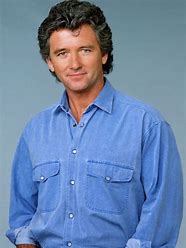 A.J. recommended that Punk see me and that lump on his butt was 'bout the size of a marble. #BobbyEwing

At first, when Punk initially said his name was Patrick Bateman, he certainly conveyed how he murdered that growth on his butt.

Knowing his real name now, and how the procedure went according to him, I can see how he took it… step by step.