Everyone’s thoughts? Meltzer reported that he’s had a serious offer from WWE, obviously nothing has been signed yet.
I feel pretty confident that he’ll stay with NJPW, possibly working with AEW if they can all sort something out, I’d be pretty surprised if he turns up in the e.
Anyone else?

I’m thinking he’s going to end up going with AEW. It really is an interesting little story; help your friends as they embark on a bold new journey or remain true to this old path you’ve chosen and dedicated yourself to. Seems like the choice a hero is faced with with at the beginning of an RPG, you know, right before he decides to leave the old life behind.

When’s his contracts due?

Ideally for me, if he signs for WWE, I would keep it a secret and have debut at The Rumble and win it or debut at Mania.

To be honest, I thought that this AEW was all a smokescreen therefore I would team him up with Undisputed Era or even Keith Lee and/or Matt Riddle.

I don’t really know anything about Omega outside of what i’m hearing and reading about him, so i’m not a expert as to what make this guy such a star, but by the way everybody is hyping him up, the worst thing that he could do right now is signing with WWE. The thing is, he pretty much untouchable on the indy scene and in japan. The guy is one of the rare one that could never go to WWE and still be considered a legend when he retires which is rare in today’s wrestling landscape. So i read that he want to stay in japan but would love to sign with his friends in AEW so if AEW is able to come up with a deal with New japan where they could use Omega for the promotion as a special attraction or something like that, he would be better off they’re.

In WWE, they will probably ruin him within a year because as soon he doesn’t get the major pop every night and fans shows indifference toward him, Vince will give up on him. Like A.J. Styles said, you’re biggest critic when you join WWE is Vince Mcmahon especially when you’re a undersize wrestler. That’s because Vince didn’t grow up watching the smaller wrestlers when he was younger as the WWF was a big man territory since is inception, so to Vince, you need 2 things to get over, you need size, which Omega doesn’t, and you need to have charisma and a way to connect with the crowd.

The WWE crowd is one of the hardest crowd to work for because while you get a lot of Hardcore wrestling fans that watch everything under the sun, you get a lot of fans like me that only watch WWE, so we if you bring in a big star from the outside and you don’t introduce us to the guy before, we’re going to base are reaction on what we see in the ring and sometimes that’s the biggest obstacle a wrestler that come from the outside as to face.
So omega would have the biggest challenge in WWE but why risk ruining your legacy because WWE offered you a use money contract.

So if i was him, try to get a good deal with NJPW and maybe try to get some sort of deal going with AEW as well and stay as far away as possible from WWE.

I cant see Kenny going to WWE for an extended run. If he debuted in the Rumble and had his Mania match with AJ (which should be the headline match and will instead be the curtain jerker) that would be all the Kenny in WWE I’d want to see. And I wouldn’t necessarily be disappointed in that.

AEW big shows and NJPW seems the best/safest bet for him continuing this journey he’s on with absolute control and freedom. Nobody mentions the HBO doc but that’s massive publicity and has the potential to make him mainstream. The best wrestler in the world in an HBO doc highliting his journey and desire to tell a very much gay wrestling story with his best friend / lover? He’s going to be able to do whatever he wants when he wants it’s a matter of what platform allows that. He doesn’t need a single company as much as a company is going to want/need him.

That’s a Golden way to get publicity if you’re launching AEW on TV soon after OR continue global expansion if your NJPW. Also a huge blow for the most talked about wrestler to not be in WWE if and when that doc is released.

My quick assessment of Kenny’s options from my perspective.

If they are all offering similar money, my guess is he goes with his friends to AEW. If it doesn’t work out then New Japan and WWE are always there as a safety net. 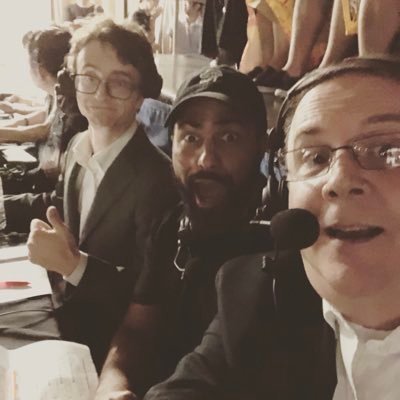 Make the jump to the big leagues and show that you’re the best in the world.

Not like AJ Styles suffered…even though seemingly everyone were saying the opposite was going to happen.

WWE, strap the rocket to him, wins Rumble and goes over Brock at Mania

That’s impossible because his contract ends after the Rumble.

That source isn’t too reliable. His answer seems in kayfabe. Also i feel they would have announced he is living along with the announcement that KUSHIDA was leaving in the press release.

It would not surprise me at all if he just decided to take a break from wrestling for a while, especially as he’s been wrestling for nearly 2 decades. It would also allow him to see how AEW etc turns out and what the landscape looks like, rather than making a tough and very risky decision right now.

He’s still a young guy and has the world at his fingertips with other areas he could venture into all the while knowing that if/when he’s ready to return he’ll have a ton of massive offers and one of the biggest and most hyped returns in wrestling history awaiting him.

Believe what happens when it happens. He did this in 2016

A few months back, didn’t all the elite members say that wherever they go, theyll go together. I expect him to join the bucks and Cody, but selfishly I’d like to see him in wwe, it’s just far more accessible for a fan.

The only reason I can see Kenny opting for a lengthy WWE contract over AEW is he isn’t in a management role in AEW and therefore if the promotion does well he won’t see upside like the others will.

That is, no money offered by WWE compares to the Bucks and Cody deals with AEW since they have real management roles. Kenny could get the 3.5 million offer as rumored (probably just a rumor but let’s use it for now) and that’s more than anything AEW can offer.

That said - I also can’t imagine a founding member of The Elite - a sub group formed for the purpose of making money during the bad Bullet Club payout years - isn’t getting “points” on success of AEW.

For those unaware with “points” it’s often a kicker in contracts that allow for a percentage of major earnings. Like commission. So say the promotion takes off and now guys with original deals are being paid based on a starting salary at a start up promotion - now they have upside in the form of equity or revenue shares.

I’m guessing WWE, the money is just too good. He can always go back to NJPW or AEW when the time is right, WWE may not offer him a big deal again.

New BTE is up - hints at Omega joining AEW. It also had a cool goodbye to Marty

I’m not sure about that. I got the vibe that he’s going to WWE. They kinda had the Bucks, Cody & Hangman doing their thing and lumped Kenny & Marty together, but Kenny left by himself and not with the Elite.