New Japan Pro Wrestling has released an update on Kota Ibushi, stating that the performer suffered a concussion during his match with Will Ospreay at the Tokyo Dome.

New Japan is stating that it isn’t considered serious, but with a concussion, it’s hard to determine the severity or how long the recovery period will be.

Other notes from Wrestle Kingdom 13:

-The paid attendance announced on the broadcast was 38,162, which was an increase from last year’s paid figure of 34,995

-The major announcement at the beginning of the card is that New Japan will run the Tokyo Dome on January 4th and 5th, 2020. The full list of announcements of their major dates for 2019 is on the main page.

What was your favorite match at Wrestle Kingdom 13?

It would not surprise me if the concussion happened when he hit his head on the post in the turnbuckle corner which caused him to get bloodied in the first place.

It could have been that or any of Ospreays kicks that he delivered. That elbow to the back of the head didn’t help either I assume.

So does this make Ospreay “reckless and dangerous”?

Seems like people always jump on that when it happens in the states.

So where the hate on ospreay for injuring ibushi. I guess if doesn’t happen in wwe, it just part of the business. 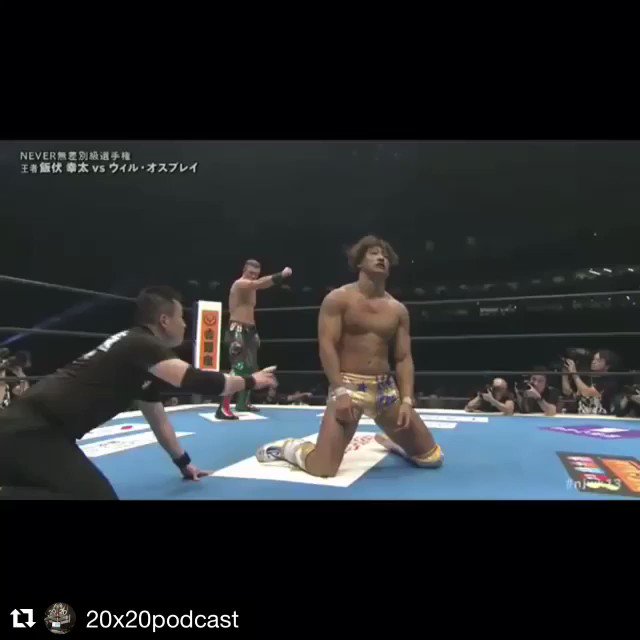 My reckless style has shortened not only my career but my life. You all wanted change, so that I have a long career. You’ve just shorten everyone else’s. https://t.co/CCH4crEMcj
A-Rob January 6, 2019, 10:30am #7

It wouldn’t shock me if Ibushi was concussed after the elbow, he looked dead after that move.

Watching it back I feel like he suffers the concussion when he hits the post. The contact to the face seemed similar to what we saw with Becky. I think the kicks and then the final blow of the elbow just made him go to sleep. We just saw Becky perform through a concussion so not shocking Ibushi did until it seemed like his body went limp from maybe “over-exhaustion”.
I think it’s a pretty big stretch for Osprey’s elbow to be the singular reasons tho it did lend itself well to the story coming out of it. Osprey would have had to shoot hit him to knock him out like that. But the multiple bumps Ibushi took post getting concussed easily coulda made him pass out.

People have mentioned it already here but the passes that non-WWE wrestling gets is hilarious. From the sloppy spots, to the bad comedy, to okay matches being considered “amazing”.