Originally published at Kurt Angle reacts to Vince McMahon's WWE exit, says McMahon was the 'Achilles heel' of the company

Now-former Chairman and CEO of WWE, Vince McMahon, has finished up with the company as he resigned amid misconduct allegations.

Current and former employees and talents of WWE have been asked for their thoughts about McMahon’s exit from the company and while being interviewed by FOX News Digital, Kurt Angle was asked the same and he stated the following:

I’m sad because Vince was the Achilles heel of WWE. He’s what made it roll, he’s what made it happen. If it weren’t for Vince, the WWE would not exist. I’m not saying he’s perfect. He didn’t do everything perfectly. He made very few mistakes from a business standpoint.

Angle is a WWE Hall of Famer and his last sanctioned match took place at WrestleMania 35 in 2019.

This past May, he underwent double knee surgery.

So Kurt Angle believe Vince is the weakness that led to WWE downfall? I don’t get calling him an Achilles Heel and then saying he’s made very few mistakes

Apparently Angle thinks ‘Achilles heel’ means the opposite of it’s actual definition. I heard him on a podcast this week gushing praise on McMahon, there’s no way he thinks he was a weakness. He even believes McMahon isn’t going anywhere and will still be involved behind the scenes. 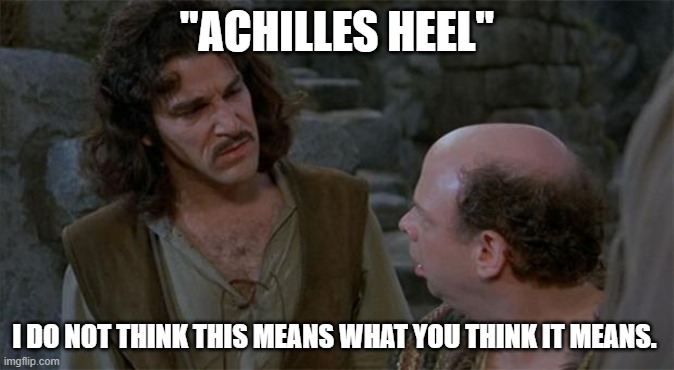 Maybe Angle is a scholar of greek mythology, and actually just meant Achilles. After which it all makes sense from the perspective of a broken person who was helped out by another broken person.