2022 kicks off with a special edition of the Long & Winding Royal Road as WH Park is joined by fellow POST podcaster Martin Bushby (The British Wrestling Experience and Bushby & Thompson’s Wrestling Adventure) to talk about a match that doesn’t fall under the usual parameters of the show.

They venture outside of both the 1990s and AJPW to jump to Pro Wrestling NOAH and 2003 to review Mitsuharu Misawa vs. Kenta Kobashi for the GHC Heavyweight Title from March 1st.

Martin and WH discuss the considerable history between the two men and how it played into this particular match.

WH Park and a special guest look back at the greatest matches of All Japan Pro Wrestling from the 1990s in the Long & Winding Royal Road, a limited-edition podcast from POST Wrestling.

Support this podcast by picking up a L&WRR t-shirt in either black or white: 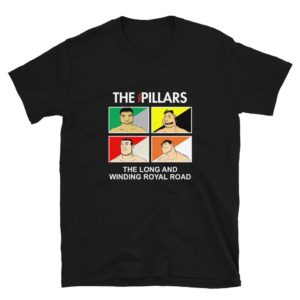