Looks like John Oliver is doing his main story tonight on the WWE. I’m sure this will probably be covered on Review A Raw tomorrow.

It was pretty excellent I thought overall. The audience didn’t seem to enjoy it as much as the usual topics, but it seemed to me that John was pretty passionate about it. Though I probably would have left out the bit about Roman Reigns…Will be interesting to see if we get any signs/chants about this at Mania next week.

What was his angle?

I’ve only seen the Roman bit (which was very uncomfortable) but from how I understood it, his angle was pretty much that if WWE doesn’t treat their workers as independent contractors - as they state in their contracts - then they should treat them as normal employees and give them the benefits it entails like reasonable coverage of expenses, medical insurance and other stuff.

I would guess John isn’t aware of the recent stuff with Reigns, so I give him a pass on that. Though you figure someone on his team would have caught that one. But the message is something that has long bothered me about wrestling in general. I dunno if this will change anything, but man it would be nice if it did.

I think Vince is going to be very very tempted to do some sort of response in a scripted segment, which would be a very very bad idea for him.

I wouldn’t be surprised if that scripted response comes from the mouth of Corey Graves randomly during Monday’s RAW.

I saw the episode. I think everyone who signs that contract is accountable for their actions. Vince isn’t in the wrong. WWE pay for your injuries in the ring. They are aren’t responsible for what you do off the clock. And if you decide to be a stunt dummy for a living I don’t think you can complain about concussions or built up damage, accumulated from days of work. Ventura had a better case with the home video royalties.

It’s a carny business that became a billion dollar industry.

Zero excuse on Oliver’s part for not knowing about Roman’s recent return and mentioning it. That played as very tone deaf.

Also, it’s too much a debate and discussion to have without real firm grasp of employment law but there are serious negative unintended consequences of turning independent contractors into employees and it usually sucks for the employees. For example, standardized wages, loss of incentivized pay structures. There’s a good chance most talent would make significantly less but they’d at least have benefits

There is a happy medium somewhere but don’t expect either side to find it or try. Maybe AEW can structure their company properly for those who sign exclusive deals.

At the WWE level the guys really should have more benefits.

Side A: these workers are full-time, exclusive employees in just about every sense of the word.

Side B: especially these days, nobody should be ignorant to the way things are when they sign their WWE contract.

As independent contractor: worker is paid a contracted rate with points for things like merch and opportunity to do other projects within the company to add to total compensation

As employee: worker is paid a salary, with a discretionary bonus (potentially non existent) and any additional work is considered part of the job and not paid extra. No longer get points on merch and other liscensing opportunities.

Whether an employee or independent contractor the company does not need to provide pension (no change), but does offer benefits like health insurance which likely lowers salary package. Instead of % of merch or video games employee gets nothing as it is required and non negotiable. Salaries may drop 50-75% based on the employee status.

I suspect a reason talent mostly get disgruntled over creative and usage is tied to ability to make upside of current deals with increased exposure and pushes. A guy off TV won’t sell merch and can’t make more than his base. Yet those guys complain all the time while working less and actually being treated as employees who are there regardless and get paid a lower amount.

In regards to the booing Roman, that was from years ago and was supposed to show that fans won’t take the crap WWE wants to shove down their throats.

I mean he could have done a follow up about Romans lukemia but it’s not the end of the world if it wasn’t mentioned.

Now take on MMA and boxing.

Oh I can already hear Dana’s response word for word; “Listen, John Oliver is a fucking idiot, who has no idea what the fuck he’s talking about. That man has never watched a fight in his life. He doesn’t know fighters like I know them. Look at all these fighters who’ve tried to unionize. How the fuck did that work out? John Oliver should stick to what ever the fuck he does, I mean, I’m not even sure what that is, but it ain’t fighting”

Okay. For what it covered, it did a fairly good job of covering the basic points that needed to be covered.(The whole independent contractor setup, how WWE uses loopholes in the system to essentially pay their performers what they want to pay them, and essentially deny anything else unless it happens in the ring, and and how the fans have gotten smarter in recent years) However, of course he can’t tell more, because of how Last Week is formatted, with the main story usually getting about 20-25 minutes of time. You can imagine what was cut on the editing room floor. (Probably more embarrassing stuff of Vince) A couple of things here. One, as marks, we have have known about this stuff for years, thanks to guys like Meltzer and the Observer and John and his work with the LAW and POST, so watching this did not come as a surprise. Second, I was a little disappointed that Last Week didn’t get into the idea that while WWE is a monopoly, there is competition, potentially, on the way and how WWE sometimes tries to stamp it out.(AEW t-shirts anyone?) Again, running time probably would have not allowed it. As a long-time viewer of Last Week, I felt while, they did shine a light on some of WWE’s negative aspects, they kind of dropped the ball on the Indies and places like New Japan and AEW, as well as pointing out that the main business style of this company evolved from the carnival shows of the early 1900s. However, as marks, we kind of know that, huh?
Rich in Winnipeg. 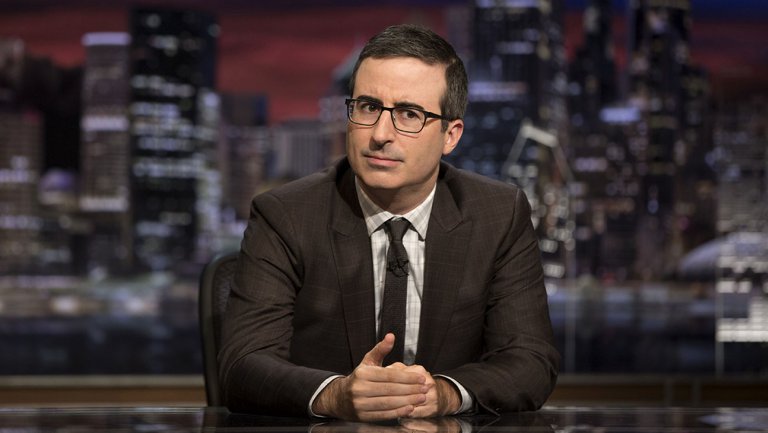 This was a total hit job by Oliver and the more I’ve read about it and discussed it with some smart people the more I’m appalled at how single sided and misleading Oliver was in the piece.

The WWE has instituted an industry standard concussion protocol that puts what the NFL has to shame, but Oliver uses a audio clip from 5 years ago by a disgruntled CM Punk and ignores how they handled the Bryan situation which one could argue cost Vince money by shelving Bryan who wanted to come back.

Places blame on Vince for deaths while ignore the fact these performers only spent small portions of their careers in WWF/WWE and that equally large companies like Turner were just as guilty in never taking care of talent.

Discusses lack of pension for talent while neglecting the fact WWE has legends deals in place for the purpose to providing cash flow to retired performers. To compare it unfavorably to the NFL is abysmal reporting. To use footage from decades ago to support that is flat out bad reporting.

Highlights Jake’s situation without noting WWE pays for anyone’s rehab should they come ask for help.

Now some of the Vince character issues are flat out undeniable. Racist, sexist, etc.

But to never once discuss how a public corporation with investors is using employment law to provide enterprise value is basically like judging a book by its cover. Sure Vince is greedy but so are most billion dollar corporations with stakeholders and investors to answer to.

Does John Oliver take Fox and NBCU to task for paying rights fees - no. Does he take Snickers or any sponsor to task for sponsoring shows - no. Very simple to lay all the blame at the jackass while showing him being said jackass on TV with clips from 10-20 years ago.

Idk what Oliver’s hate for Vince and WWE is but it feels extremely bitter and is pretty poor journalistic integrity to tell what is an important issue / story while also making it entirely one sided. To me it lends credence as to why the issue isn’t addressed. Because the exposè on it is pretty much dismissible as “that’s not the truth” and frankly, Oliver tells a lot of half truths so it deserves to be dismissed.

One of the biggest problems nowadays is that the wrestlers just aren’t that bright and a lot of them are super marks of the product who are just happy to be there.

Guys like Ryder, Hawkins, Banks, Bayley, etc just feel privileged to be employed and honoured to be in WWE.

If the wrestlers actually had brains, they would threaten to strike this week and put Mania in jeopardy. There is enough other competition out there now that they could find work elsewhere if Vince fired people. Sadly they wont because they want to have a “Wrestlemania Moment ™”, and I’m sure a lot of them want to be in the building when HHH plays dress up again and makes a grand entrance.

Using old footage and interviews from guys who had an agenda at the time…totally not a narrative driven hit piece.

And are we to believe that pro wrestlers are stupid or just that naive to not look at the contracts that are SOOOOO restrictive.

They are adults aren’t they? They can read and write…