Lita reflects on her past comments about the WWE-Saudi Arabia relationship.

The Raw Women’s Championship will be on the line at WWE Elimination Chamber in Saudi Arabia on February 19th. Becky Lynch is going to be defending her title against WWE Hall of Famer Lita.

Back in 2018 while on WrestleZone Radio, Lita shared her thoughts about the relationship between WWE and Saudi Arabia and expressed that WWE should be able to make their money without doing it under the guise of wanting to help progress the culture in Saudi Arabia. She further added that they can make their money, but thought it was a conflict of interest with maintaining their mindset about pushing women forward.

Going into Elimination Chamber, she sat down with D.S. Shin of Ring The Belle and was asked about her decision to compete in Saudi and here was Lita’s response:

So I will say I was outspoken on the early relationship between WWE and Saudi. ‘Oh, they say they want women to wrestle over there but like, I don’t know if I believe it. There’s no women on this card.’ There’s women on the card and I’ve talked to the women personally that have been over there and they’re like, ‘It’s unbelievable.’ There are women crying, never thinking they would get to see two women be so strong in the ring. They’re like, ‘It’s really powerful. You’re gonna enjoy that’ and so, sure, do they have a long way to go? Do we as a society have a long way to go? Absolutely, but you’ve gotta take the opportunities when they’re there.

Lita competed in the 2022 women’s Royal Rumble match and after the show in St. Louis, Missouri, she was supposed to travel back home. When she got to the backstage area, John Laurinaitis asked her if she wanted to go one-on-one with Becky Lynch.

The former 4-time WWE Women’s Champion then drove to Cincinnati, Ohio for the Raw after Royal Rumble and sported some of Renee Paquette clothes because she did not have time to go home.

So, Renee Young , I was supposed to go home and on Sunday, I drove to Cincinnati and swung by Renee’s house and I’m like, ‘Girl, what can I wear?’ Johnny Ace asked me, he was like, ‘Do you wanna fight Becky?’ I’m like, ‘Wait, what? You know that. You know that I do. You know that she does’ and he’s like, ‘How about in like two weeks?’ And I was like, ‘Uh… no, but yes,’ you know? ‘No’, only because I want to train and have a go but yeah, it’s like seize the moment, take the opportunity when it’s there and sort it all out in the wash.

Along with the Raw Women’s Title match at Elimination Chamber, the winner of that match will know who their next challenger is coming out of the show. Doudrop, Liv Morgan, Nikki A.S.H., Rhea Ripley, Bianca Belair and a mystery opponent are going to compete inside the Chamber structure for a shot at the Raw Women’s Title at WrestleMania 38.

If the quotes in this article are used, please credit Ring The Belle with an H/T to POST Wrestling for the transcriptions. 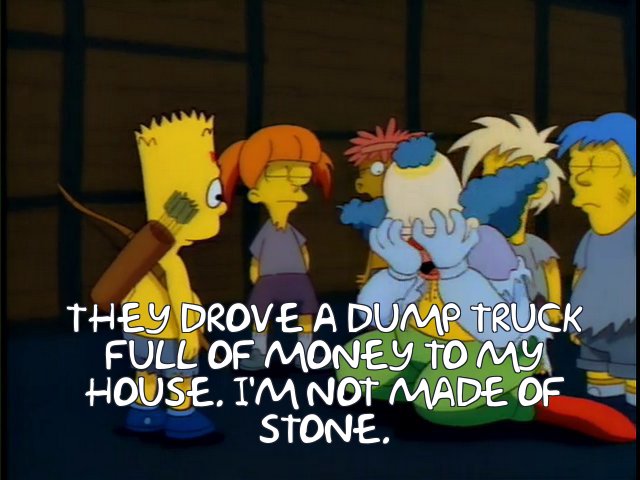 Money can buy anything. I couldn’t care less about that company and everybody who goes there.