Leave any feedback/questions here for MCU L8R with me and WH.

Really enjoyed this first episode. I was not aware of the Time Variance Authority, not having read the comics, but the amazing Jetsons style animation explained it all perfectly. The episode succeeds in setting out the aim of the series (Take down the Variant Loki), which we did not get with the previous first episodes of WandaVision and Falcon and The Winter Soldier.

No doubt there will be praise for Tom Hiddleston’s performance and the emotional scene where Loki tells Mobius he kills people out of fear and has a bit of a cry.

BUT… lets discuss these characters in the MCU that we have grown to love for their Charisma, despite them being hugely problematic:

Does the fact they are entertaining to watch on screen, mean we should forget all the evil they have committed previously on our screens? Have often wrestled with this one!

This was a great first episode. I’m a huge time travel nerd, so I’m definitely on board and I expect this to be my favorite of the Disney+ shows.

I was a bit confused though. If the Loki with the TVA is the one that vanished with the Tesseract, who is the one at the end supposed to be?

I’m just going to say that I loved it. Loved the pacing and the characters. I usually love Owen Wilson. Big Sci fi fan. Good call back to the stargate, sliders types of shows.

Initially this was the show I was least looking forward to.

I love the character of Loki and felt him sacrificing himself for Thor in the opening minutes of Infinity War was beautiful.

Then when they announced his own spin off I felt like it was just a cash grab and I’m so happy to be wrong.

I love the multiverse being introduced and how Loki fits into it.

Owen Wilson’s introduction into the MCU is a fun one as he seemingly fits right in and the aesthetic of the TVA is visually stunning.

With rumors of the next Avengers movie adapting the Secret Wars comic from 2015, will Loki have a second chance at returning to the MCU proper now that he’s a changed man?

Loki’s off to a strong start. I was right at home with Hiddleston’s return to a less reformed version of the titular character. The introduction to the TVA was neat and it’s such a big deal to hear Tara Strong play Ms.Minutes. Owen Wilson was terrific and the settings look fantastic. I also loved the scene where Loki binge-watched his entire arc from the first “Thor” film to “Infinity War” as it felt very “This is Your Life”-esque.

Needed to watch the episode twice and really deconstruct it and I appreciate it more now.

Check out the easter egg video I watched as well.

Cool concept…p.s it’s been confirmed no mephisto so I won’t be using that theory weekly again. 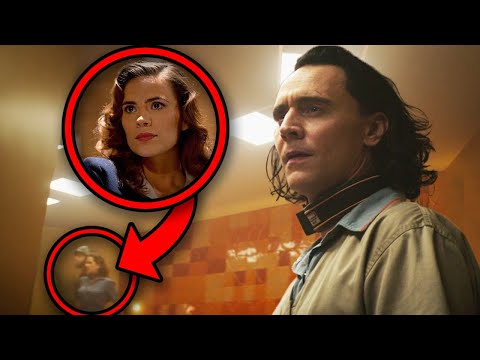 It’s cool and shows how much thought they put into every background detail. Personally, I don’t expect this Peggy one to bear any fruit in the series, however. Maybe season 2?

So question (for the forum, waited until after the podcast aired to ask)

That might mean needing tony to go back even further to get the tesseract in the 70s was part of the plan.

Which would mean needing to go back to the 70s because Loki got away with the tesseract after avengers 1 would be part of the plan.

Was variant-Loki “created” on purpose for this, and is that his only “glorious purpose”?

I got the sense that they were saying Tony/Steve shouldn’t have needed to go back to the 70s; that the sacred timeline would’ve had them successfully leave 2012 with the Tesseract?

Because Steve would’ve returned the stones to their rightful timelines, 2012 would’ve occurred the way we saw it unfold in Avengers 1.

Because Loki interfered, there was no way for Steve to fix that timeline after Endgame. That timeline has now branched into something different from the MCU we would’ve seen post-Avengers 1, which is what the TVA are attempting to fix.

I guess I’m just fuzzy on what level of incursion requires intervention by the TVA. I know no one has the answer (it may never even be addressed) but did the TVA have to fix the fact that the stones were returned but not even in their original containers? His gadget could send him to vormir to return the soul stone and to asgard and the stone mind stone to red skull but I don’t know if he, alone, covertly reinserted it in Jane so that everything in dark world still takes place leading Loki to take Odin’s place blah blah.

I can see it going either way, it’s all part of a grand plan, variant Loki included, or this is me nerding out details and it’s just “because plot”. Or maybe I just wanted to make this. 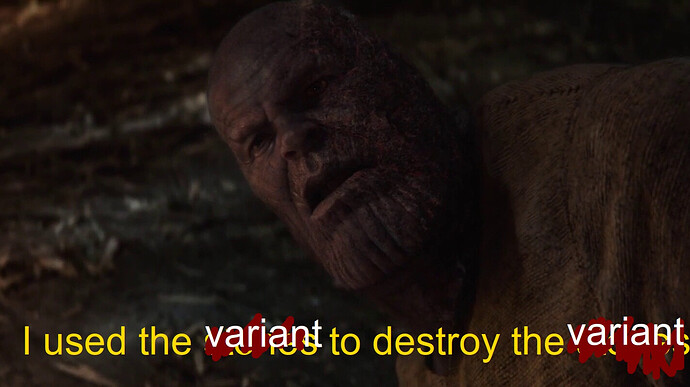 What a fantastic episode!

Tom Hiddelston once again showed his great range in acting as you believe his baby face turn only to turn your head when heel Loki starts to show up again.

I hope that before this series ends that we get to see Mobius experience a jet ski, as you feel for him having spent his entire life working.

Did we just see the multiverse descend into madness via Lady Loki?

The Spider-Man Twitter accounts have been teasing the multiverse with their posts and with the ending to this episode, seems a little too coincidental.

The show really shines when Hiddleston and Wilson are playing off of one another. The polar opposite, buddy cop dynamic between Loki and Mobius is far more effective than Falcon & the Winter Soldier as they balance each other out. In addition, the quieter character beats, especially when Loki reads documents about Ragnarok (which this incarnation never endured) was gripping.

The introduction of Lady Loki sharpens the show’s time-travelling premise into greater focus and overall, it’s a much better outing.

Another enjoyable episode. Loki in beige clothes, telling the villagers in Pompeii of their impending doom was an excellent scene.

I think I need to watch it again to understand the whole timeline breaking thing in more detail.

Question: Have either of you ever been on a Jet Ski?

Good evening gentlemen.
This episode wasn’t my favorite but I did like the teases of Sylvia getting the “Enchantress” mantle as well as that revelation of the TVA agents being Variants because it lends credibility to a theory I’ve seen making the rounds about the TVA being housed inside of the Quantum Realm.

Surely you two will have already talked about it, but if not then what say you about this theory?

Do you think we get a Kang cameo at the end of this series in the same way we got a glimpse at Thanos at the end of The Avengers?

I enjoyed this episode, sure it could be considered a lot of filler but at the same time it offered an enjoyable storyline in a unique setting.

I liked them getting away from earth, I imagine it is done because earth is the most relatable to us but have you noticed for an intergalactic show based around space and time, most connections are to earth, it seems a bit odd when you think about it.

This also links into some thoughts I had on the kidnapped TVA hunter. This may be a nit-pick but she’s from earth hundreds of years ago and the restaurant Sylvia recalls from her memory does not look like it is even close to the 1700’s. Is this a clue or evidence of misdirection, much like the TVA agent who said they are all born at the TVA, or just a small production error?

Wai I know you have said you want to see Loki dead by the end of this run but I really hope he lives on, it may be contained to time travel or in another multi-verse but this character is just too good to get rid of.

I don’t know how I would feel about him showing up in Thor 4 though, given how much involvement he has had in the previous Thor films, I could see him making at minimum a cameo. Maybe by saving Thor from certain death at the last moment or something in that vain but I don’t know if that would get a “pop” from the viewer or a grown.

I enjoyed this week’s episode and I thought the chemistry between Sylvie and Loki was great. I was worried they were going to turn her “face” too soon before the episode started, but I thought they way it played out made sense.

I’m a bit of a Marvel noob, so apologies if this next question is a bit obvious. Couldn’t both Loki and Sylvie just teleport out of the planet since they’re both gods? I understand they time travelled there, but couldn’t they just teleport to the next nearest planet or something? Or do they not have these type of powers for some reason?

Anyway, keep up the great work you two.

I enjoyed this week’s episode as Loki and Sylvie try (or at least attempt) to coexist while dodging the TVA & an extinction level event. The character work from Hiddleston and Di Martino was terrific. The train scene was hilarious complete with a nod to his brother Thor (“Another!”). The third act looked it was filmed in a single take and I was glued to the screen. I wasn’t too hot on the abrupt ending.

NB: Bisha K. Ali wrote this episode and she’s gonna be at the helm for Ms. Marvel down the road.

Going in Loki was definitely the series I had the least interest in but it’s blown me away. I absolutely love it and each episode is better and better in my opinion. Hell I’ve even decided to do a Loki Variant cosplay lol daggers and all! Have a great weekend guys

Michael from Newfoundland via Korea.

This is more a comic book question: which Marvel events do you guys think would make good movie-spanning arcs? Also if you guys read them, what did you think of War of the Realms and King in Black?

Thanks for the reviews!