The match took place as part of Ring of Honor’s “Fairfax Excellence” international TV tapings and was streamed live for members of the HonorClub streaming service.

The match was announced earlier in the day and follows Castle’s successful title defence against Cody and Marty Scurll less than 24 hours prior at the ROH Best In The World 2018 event. His loss concludes Castle’s 198-day reign as ROH World Champion.

Lethal first won the belt over two years ago at ROH Best In The World 2015, a reign that lasted 427 days. He is the fourth man to become two-time ROH World Champion, joining the likes of Austin Aries, Jay Briscoe and Adam Cole. 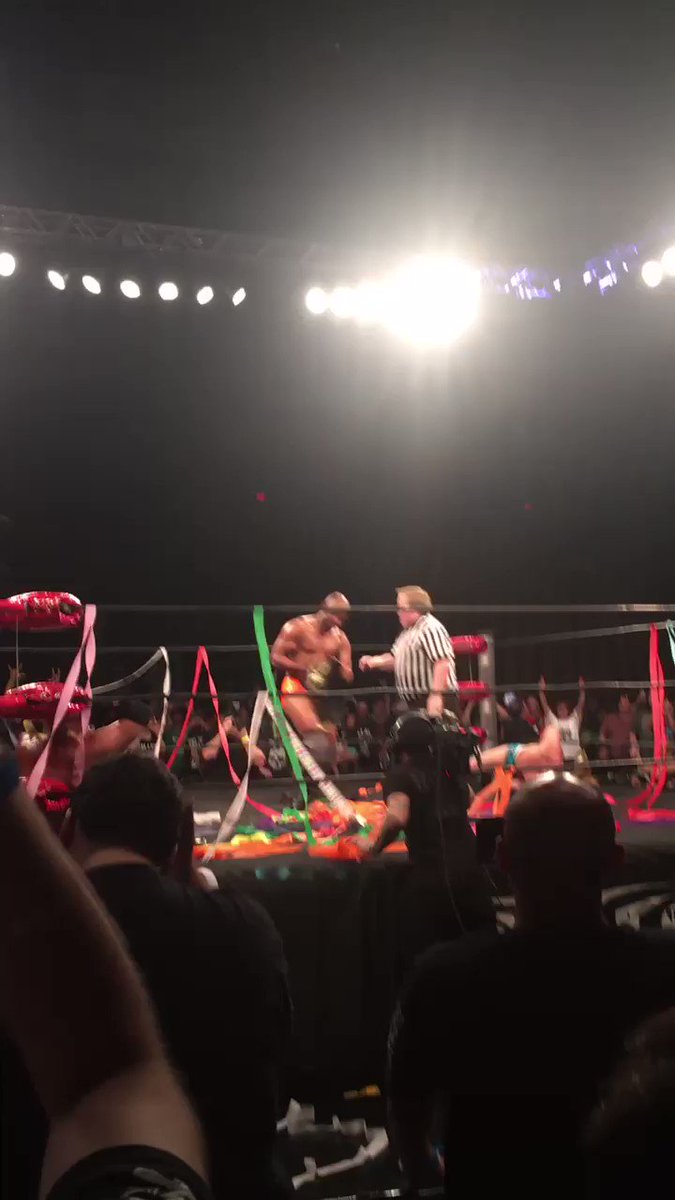 I’m upset that they didn’t get behind Marty and give him the title but the fact he has been doing comedy skits with the Hurricane on their youtube kind of implied he wasn’t winning that title. I do think they’ve done a good job of building up to this with Lethal and while I like Dalton, who nailed looking like a world champion, his reign was not one of the best.

Agreed. They’ve done a great job building up to Lethal winning this title in the last few months, and I’m looking forward to seeing what he does with this 2nd reign. I am glad Cody isn’t just getting the title as that would have been too predictable given the whole “Title for Title” promo with Aldis at Honor United a few weeks back. I like where this puts Cody as a character going into the summer. If he loses to Omega (which odds are he will), he’s going into his match against Aldis at All In with his back against the wall in the whole Team Kenny vs. Team Cody feud. As for The Villain, I still think that Marty is going to get the championship in the next year, even if it isn’t exactly a long reign as champion. I’d like to see Scurll vs. Lethal for the ROH World Championship sometime in the near future.

As for Castle, I don’t even think it was an issue of having a bad reign that led to this. I was watching Best in the World and wrote on my blog as I was watching that Castle looked like a mummy with some of the bandages and braces he had on. They may have decided to take the title off of him before the TV taping or maybe even earlier (and just decided Cody nor Marty would get the belt). But this sets up Castle getting another chance at the title once he gets healthy. Fun times are ahead of us this summer in ROH and in wrestling in general.

I would love to see a Scurll/Lethal program and that could be a program for Final Battle.
I really like you’re view on the Cody/Aldis situation. In my view Cody is winning that title, if they want to make it important again then he’s the guy to do it. Aldis with the title is helping but look at the guys who had it before him.
In regards of Castle, he by no means had an awful reign. I loved his promos and overall look, I think people were a little worried when he got the belt but he adapted to the role so well. I think he just got bad luck with some of the shows he was on and ended up being a little forgotten, Supercard of Honor being a great example because Omega/Cody was the main focus of that show and not him. But in the grand scheme of things he had a way better title reign than guys like Low Ki, Homicide or Xavier.