A man has been arrested in Hillsborough County after breaking into the home that is owned by WWE performer Sonya Deville (Daria Berenato).

According to ABC Action News in Tampa, the suspect is 24-year old Phillip Thomas, who allegedly entered the home at 2:43 am Eastern after remained there for several hours. The homeowner was inside the house and went to sleep where the suspect activated the home alarm and was spotted.

The owner of the home was with a guest and made their exit before calling 911.

Thomas was found with a knife, zip ties, duct tape, mace, and told the officers he was going to take the homeowner hostage. He is facing charges of aggravated stalking, armed burglary of a dwelling, attempted armed kidnapping, and criminal mischief.

Sheriff Chad Chronister gave the following statement to the media:

Our deputies are unveiling the suspect’s disturbing obsession with this homeowner who he had never met, but stalked on social media for years. It’s frightening to think of all the ways this incident could have played out had the home alarm not gone off and alerted the homeowner of an intruder. Our deputies arrived within minutes and arrested this man who was clearly on a mission to inflict harm.

Fucking hell. That’s some scary, insane shit. Physically nothing may have happened to her but hopefully she recovers from this mentally.

This is some scary stuff.

Wow! What the fuck is wrong with some people.

Looking through this guy’s twitter I think it’s obvious he has mental issues. He was just retweeting anything about Sonya Deville and nothing else.

Reminds me of that guy doing the same to Sasha and her husband that someone posted earlier. I feel like when fans are obsessed like that police should be able to get involved before they do something stupid.

Is this a wrestling fandom problem? I see so many of these neckbeard incels on Twitter (who look just like this guy) sexually harassing every female performer repeatedly. It’s very alarming. There’s bad apples in every bunch but I don’t see female athletes in other sports dealing with this on nearly the same level.

I remember hearing an expert say that fans of TV shows typically get more attached to actors/actresses then fans of movies. The theory was that this was based on the frequency you see them, and due to you watching them in your own home. (keep in mind this was pre netflix/VOD etc.).

Based on first statement, I think what you are saying is correct. Mentally stable people may grow an attachment towards a wrestler in a healthy way, that is fandom. Mentally unstable people can take that attachment and take it to a bad place, and with wrestling because of the frequency that they see these stars (and Im sure social media just adds to that) they begin to feel like these celebs are legit a part of their lives.

There’s bad apples in every bunch but I don’t see female athletes in other sports dealing with this on nearly the same level.

I work in college sports, and not at a place where our female athletes are “famous” or even on TV all that often. And as the guy with access to their team social media accounts, I can assure you that it is a rampant problem.

To be honest, it doesn’t seem like this guy was harassing anyone on Twitter. He was just super obsessed with her.

Ya I thought about it some more after I hit send and I know Eugenie Bouchard (tennis player, just one example) gets hit with it on IG all the time for no good reason. And pretty much any female internet celebrity (twitch streamers specifically) is open season for all kinds of sexual/workplace harassment. Probably more of a men-on-the-Internet problem than a the wrestling fandom specifically. Maybe just men in general. Fuck. What a sad state of affairs.

Look at Monica Seles, some crazy man stabbed her back in the 90’s during a tennis event. There are some crazy people out there.

For those that don’t know what I’m talking about: 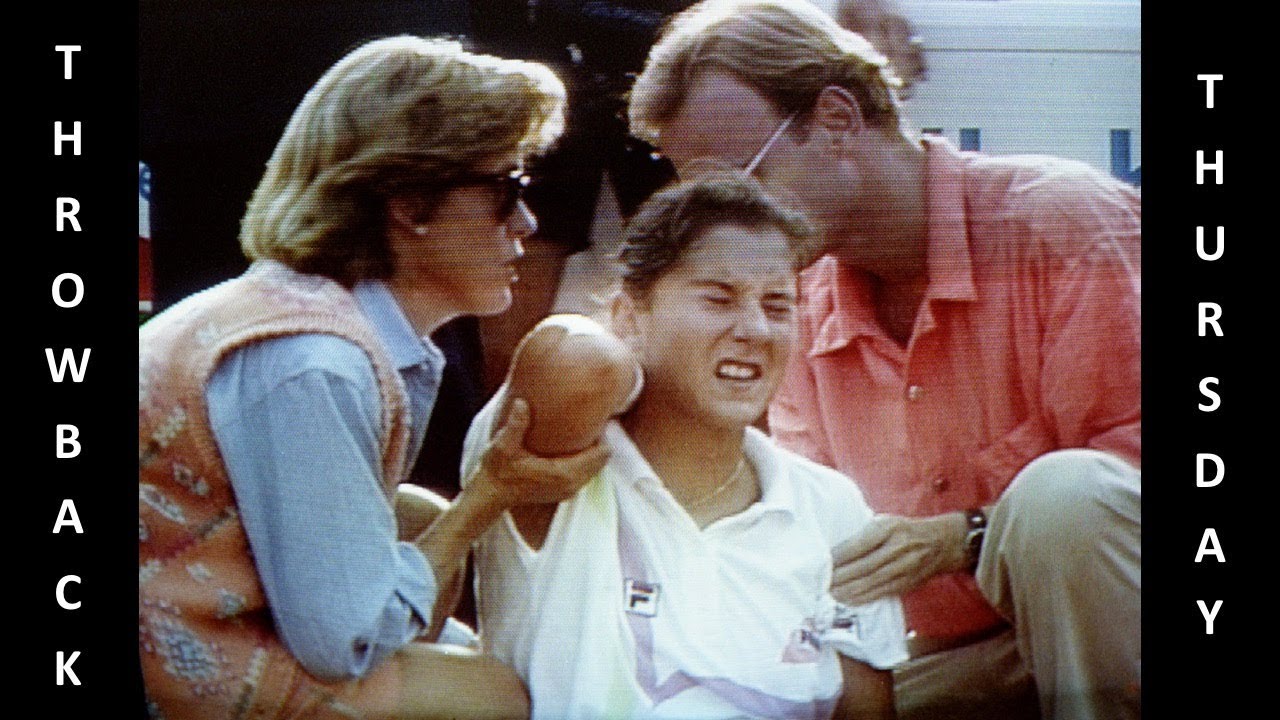 this virtual wwe fans thing is going be a mess not only with “fans: doing aew stuff but fans doing attitude era and the stuff you mentioned level stuff” especially during the girl matches.

We know the real culprit was DDP!