Leave your comments or questions for all things MCU, including Hawkeye on Disney+, Spider-Man: NWH and more.

WH and I will read the most recent posts on MCU L8R.

I like the human aspect of him dealing with everything. I like the hearing aid (that was in the comics too wasn’t it?), I like him still grieving, I like him trying to move past the snap/blip (is there a name for that 5 year period?) and trying to keep a normal family life. I wonder if they have any interest in giving him a bit of a PTSD trait from what it was like for him those 5 years.

It’s a little on the nose how he tries to be out but he’s pulled back in, but I think it works. I don’t have an affinity for Kate Bishop yet so I’m still more interested in Clint. I hope the writers do a good job getting the audience to transfer that affinity to Kate through die hard adventures with the tracksuit mafia (draculas?). I wonder if Ronin’s “crime” was quietly changing the suits from a 60/40 polycotton blend to a 40/60 blend.

No questions for anyone. Just looking forward to reading everyone’s comments again!

And yes, Mr. Park, the second cup refers to coffee made at home

I think its really cool that Matt fraction is a producer for the show and that the art style in the closing credits is very similar to the Aja style in the comics.

There was a lot to love about the first couple episodes. Matt Fraction and David Aja’s DNA is everywhere and the small-scale tone gave me all the warm fuzzies I felt from the Netflix string of shows (Daredevil, especially) Hailee Steinfeld nails Kate’s wide-eyed worship of Hawkeye and I love how it ties her origin to the battle of NY. Jeremy Renner gets a lot more to do to explore Clint’s post-Blip psyche and fatherhood. The tracksuit mafia are a laugh riot and I’m aching to see more of Maya Lopez.

P.S. Clint’s hearing loss felt organic after all those battles.

No questions. Just looooved that action sequence in the car.

This was my favorite episode yet. And for being the shortest so far of the three, it wasn’t lacking in action and development.

I absolutely loved the car chase, especially the camera work in the beginning. It honestly made me a little queasy watching the camera spin, but I’ve never seen anything like it.

I was really interested in how they would tackle how Clint is able to operate without his hearing aid and they didn’t disappoint. They did a great job of showing how uncomfortable he was without it, and it seems like Echo’s observation that’s he’s “too reliant on technology” is going to play into the evolution of his character. It will be interesting to see if he ends in preferring not to wear it at all.

Finally, I popped big time for who I could only believe to be Wilson Fisk at the beginning during the martial arts segment. The possibility of getting the Netflix stuff folded into the MCU is very exciting. Although after Ralph Bohner I try to not get my hopes up, but who else could it be? Mephisto?

Why isn’t David Aja getting a mention in the credits? They are clearly using his artwork at least as inspiration for the credits.

Finally, I popped big time for who I could only believe to be Wilson Fisk at the beginning during the martial arts segment. The possibility of getting the Netflix stuff folded into the MCU is very exciting. Although after Ralph Bohner I try to not get my hopes up, but who else could it be? Mephisto?

They mentioned the one above Echo, and in the same episode Clint mentioned what else could have been taken from the Avengers compound.

I wonder if Fisk got a hold of some of that stuff.

Hello gentleman and shout out Eric!

I forgot to leave feedback for the first two episodes but I’m loving this series, especially after this weeks episode.

Zahn McClarnon is one of my all time favorite actors, amazing in West World and Fargo, so seeing him as Maya’s dad was fun.
Even more fun was her uncle and the introduction of Wilson Fisk into the MCU.

I’m excited at what Vincent D’Onofrio will bring to the MCU as his portrayal of Kingpin was one of the best things to come out of the Netflix Marvel shows.

Question, at what point do you gentlemen feel we will be seeing Yelena show up as she was clearly coming for Clint based on the post credits for Black Widow?

Marvel hit the jackpot when they casted Alaqua Cox to play Maya Lopez and “Echoes” has justified getting her a spinoff. Hawkeye’s approach to deafness scores a lot of points for authenticity between Maya having trouble in a public school and Clint talking to his son on the phone with Kate writing everything down gives the light, breezy tone considerable emotional depth. The car chase (complete with a red Dodge Challenger ripped from the Fraction/Aja run) was awesome as it further cements the Kate/Clint dynamic and the identity of Maya’s “uncle” has me salivating over the fact that Kingpin might return into the fold.

Exciting times lie ahead and that includes Yelena wanting answers.

‘Hawkeye’ in one episode provided me a brand new character to the audience, with who they are, why are they in the situation they are now and what is their end goal, without speaking a single word (in Echo).

I know this comparison is incredibly stupid, but if this show can do that, WWE and any North American wrestling company to have National syndication for the past 40 years really have no excuse.

For a series on a character I had no cares for, I really like this version of “Hawkguy”

(wish I saw more of this previously)!

Burak from the UK

My main questions are:

2 Episodes to go and it’s picking up some good pace now. When did Clint learn German?

I’ve been loving the show so far, it’s mixed the action, heart and emotional side of things so well. I didn’t get a chance to write in last week though and I don’t think it was covered but I wanted to know your thoughts on Kate just straight up murdering those guys in the car chase scene and there being no follow up on it. She’s not trained to kill, but they made her do it so quick and easy it felt really odd to me.

I thought Clint talking about what you might lose doing this job might have been a perfect time to cover it but there was nothing. It’s just a side of the MCU that never gets touched upon really. I think only Spider-man has cared enough to make sure he doesn’t kill (unless it’s Aliens of course).

Just wondering your thoughts or am I over thinking it?

I went into this show pretty cold because I was bit upset we didn’t get a more pure Ronin based tv show, however this show has been absolutely incredible and this weeks episode was its best this season. The slow build before the massive back end of the show made for some great viewing, the moments of silence during the big chat with Clint and Kate added a nice breath of fresh air, especially before the big reveal of Yelena at the end.
Quick question, do you think there is any connection with the sword angle and the post credit scenes of eternals?
Thank you for a great podcast each week WH and Wai, the count is on for Spider-Man!

“Partners, Am I Right?” hit two birds with one arrow. One, we see the Clint/Kate friendship get deeper. It was great to see them actually getting to know each other better, getting along and two, it gave Natasha the eulogy she should’ve gotten in Endgame. Jeremy Renner was in rare form as he lets the viewers in on life as a weapon and what Natasha meant to him (the Vormir theme in the background was genius). Yelena Belova entering the picture does have me a little concerned that it might monkey-wrench the laser-focused momentum this show has so far. I do have faith the creative forces can tie it all together.

A strong outing, once again.

Anti-Spoiler culture has gone one step too far… 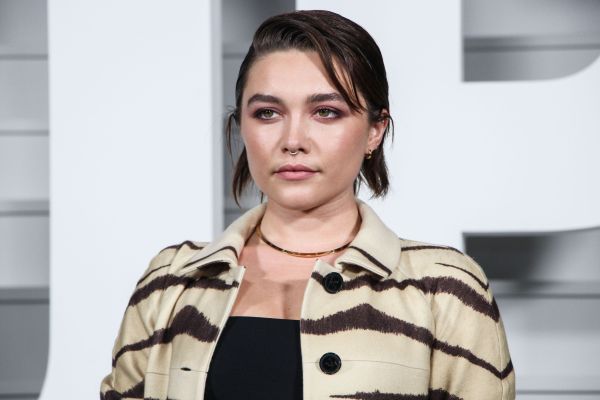 Apparently posting spoilers can get you blocked from Instagram. On Wednesday, Florence Pugh claimed on her Instagram Story that she had been blocked from posting about her appearance in the Marvel series "Hawkeye" on her main feed. [readmore...

Will leave some for Episode 5 again for you guys. Will call it, “Episode 5 Feedback”

Great pod! Love listening to it whilst out on my walks.

Just listened to the ep 4 podcast and the reaction to those who can hear when certain soundtracks are being used is hilarious. People who are musically inclined can hear musical themes without needing to scrutinize necessarily. You can just…idk…hear it.

I must’ve scanned past it! Sorry bout that. Yes please repost for WH!

Just finished Episode 5 and this show just keeps getting better and better.

Yelena’s thin veiled threat to Kate is great, but you can also see Yelena is not interested in leaving a trail of blood as she does not kill Kate.

Did you watch the full credits with the artwork? The final scene, with the Portrait of Kingpin above the buildings with Hawkeye and Kate on opposite buildings was great.

A thought: Hawkeye revealed that Maya’s Boss wanted her father dead, but did Ronin know that when he killed him? Am guessing this will play out in the Echo show. It’s too obvious for Kazi to have been involved right?

Anyway, do we think next week’s episode will kind of take place and tied in with the events of No Way Home? As Yelena mentions she wants to see the new ‘spruced up statue of liberty and the No Way Home trailer had a fight scene on the statue of liberty’

Thanks for the great Pod every week and all the swearing. Fuck Zombies.