Looking for instances I may have missed and general feedback.

Keep in mind the audience will be (mostly) non-wrestling fans that will likely be more focused on the motorcycles (and safety - so I left out the Undertaker dragging a hog tied Hogan around the arena).

I broke it down by wrestlers/factions instead of multiple instances of the same wrestler (there are hundreds with Taker). Note: I read the Madusa rode

PRESENTATION:
Intro: (video) HHH destroys Taker’s bike with a sledge hammer (now that I have your attention…)

Thoughts? Did I miss something? How’s the order (start/end with more recognizable wrestlers)?

If there happens to be a source that goes over the make/model/year/custom maker of the motorcycles mentioned that would be amazing, but I won’t hold my breath on that.

What are you talking about exactly in your presentation ? Are you just showing the videos ?

Generally examples of when motorcycles have been ridden to the ring. There will probably be some analysis of riding technique and discussion about safety (eg: they aren’t wearing helmets, but they’re also not on a public road so it’s a grey area).

Ultimately, I just wanted to find a way to fit wrestling into a motorcycle course…

For the section on safety, you can talk about the time Undertaker dragged Hulk Hogan around backstage in a manner that I can’t imagine is recommended by instructors. 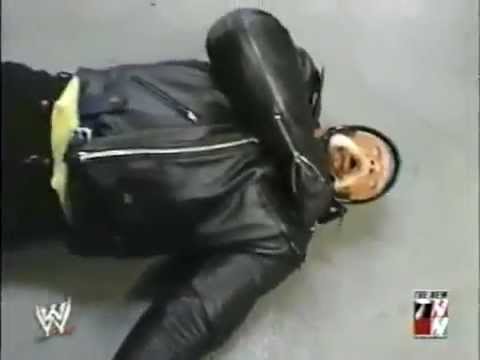 I don’t think there’s any footage, but a friend’s father who wrestled in Stampede for a couple of years as “The Terminator” rode a motorcycle to the ring a handful of times.

But also TNA had the dangerous faction known as the Aces and 8s. And also there was that one time AJ Styles was depressed and rode off without a helmet.

I’m one of the few. But I always enjoyed BikerTaker. Especially when he turned heel and won the hardcore title. Taker mauling people was very entertaining.