I have just finished the season finale as I write this and I can definitively say A+ across the board. I am so happy with this series. It has been an absolute blast staying up in the early mornings each Wednesday just to see every episode getting better and better. Sure, every episode wasn’t perfect and I had some small irks here and there, but overall I thought it was an exceptional and emotional character piece that gives more emotional depth to a character that didn’t otherwise need it. I think it’s safe to say fans got more than what we asked for and deserved from this, and there are an unlimited amount of possibilities for a season 2. 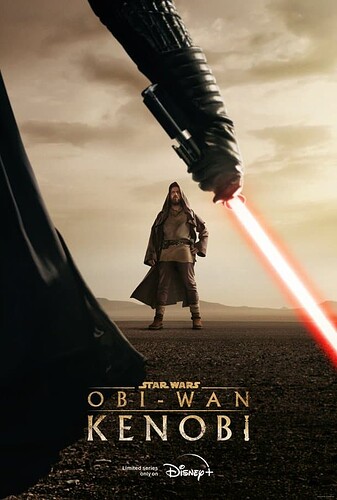 Plot holes aside, which there were many, the finale gave fans everything they wanted

I totally agree @jallonar4040 with everything you said. I’m a massive Star Wars fan and thoroughly enjoyed every episode. As I have for most of the Star Wars Disney+ Series. I think they are overall doing a great job.

But Obi-Wan was on another level. Starting with a crushing Order 66 flashback right from the start, to seeing beaten Obi-Wan, the surprise twist of featuring Leia, the initial encounter with Vader, seeing Inquisitor castle, the Reva vs Vader fight and finally the Vader vs Obi-Wan fight. The entire series had a great arc to it that got Obi-Wan to a point where he is much more like the character we meet in A New Hope.

This was also the first series to have music by John Williams and the score by both Williams and Natalie Holt is fantastic. It definitely added pieces to the essential Star Wars playlist.

I’ll be thinking about that final battle between Obi-Wan and Vader for a long time. Especially the aftermath. "You didn't kill Anakin Skywalker... I did" | Obi-Wan Kenobi - Episode 6 [HD] - YouTube

The cinematography here is fantastic. With the red and blue lights shining on a busted open Vader. The weaving of Anakin’s and Vader’s synthesized James Earl Jones voice. All of it genius.

I don’t know if I need a season two of Obi-Wan. They have the Andor show which will be set a couple of years after it. They can continue some of the plot threads of forming the Rebellion in that show. Or in Ashoka through flashbacks to her time in Rebels and her encounters with the inquisitors. But with the time now between ROTS and ANH pretty well explored I would rather move further along in the timeline.

You must be easily pleased. The show was a fucking garbage fire from beginning to end. Every other word out of their fucking mouth broke cannon. I can’t, for the fucking life of me, understand why people enjoy this garbage. Unless you just watch it to make fun of it.

And let’s be clear here. Even if this was completely in isolation and had nothing to do with Star wars, it would still be fucking terrible. You have a 90 lb girl defeating a stormtrooper by slapping the side of his helmet. You have Obi-Wan hiding a girl underneath his coat. Characters are teleporting from one place to another. All sense of time and space and cause and effect are just completely thrown out the fucking window. You have a base with no shields or weapons, with no protection from outside attack…but no one would attack it because it’s impenetrable? One of the most secure places in the galaxy is half built underwater, but you can just break the windows?

A group of stormtroopers are in a truck with a Jedi, they are looking for a Jedi, the dude is wearing Jedi robes, he’s traveling with a little girl just like the Jedi they’re looking for. But none of them clue into this.

Obi-Wan easily defeats five Stormtroopers and a probe-droid. When confronted by three more stormtroopers he surrenders. When he surrenders they don’t demand that he drop his gun. Twice characters are stopped by barriers they could have walked around.

The writing is just fucking atrocious. 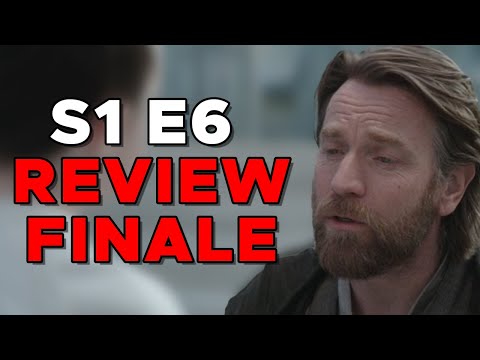 Well….I still enjoyed it, I don’t think (for me) anything bothered me that may or may not break canon, I didn’t see it that way. I loved it, now do I wish I got more Anakin flashbacks? Absolutely, but maybe I’ll get that in Ashoka 8/10

Granted there were plot holes plenty but i wouldnt say there was anything cannon breaking. Just because leia doesnt act like she knows obi-wan in a new hope doesnt mean she never did. He literally tells her that they have to be careful at the end of the series. She was just living kayfabe.

As for luke i wouldnt say meeting a stranger once and getting a toy counts as fond memories. And in a new hope they obviously knew each other it just seemed luke thought of him as his weird old neighbor.

I’ll give you the ridiculousness of impenetrable fortresses being penetrated but its star wars. It happens all the time. The empire’s security is lax at best and always has been. Lets be serious.

Did we need that Reva story? Not really.

All in all the show was great. Can you question some choices made? Sure but it was still very enjoyable for real fans.

There are tons of plot holes that the show creates. Most notably, why Leia doesn’t have more feelings towards Obi-Wan in the future. Or how Kenobi ages 30 years in the next 9 years.

But this is hardly new, I mean Luke Skywalker kisses his sister and Leia has memories of her mother. Or why Ashoka decides to help Grogu and Luke later but ignores helping Luke and the Rebellion all those years before.

Think of where the Rise of Skywalker was. I’ve only seen the movie once and I will never watch it again if I can help it. It is an abomination.

All of the series have been decent, and this one was the best one yet. There was a lot of great moments, it gave us what we wanted in terms of a proper Obi-Wan and Vader fight, and it did round out Leia as a person. There’s a lot of good with this, you just have to ignore some of the plot holes because if you’re going to pick on this then pick on everything.

There is not a plot hole around Ahoska. She could not help with the rebellion because she was trapped in the rubble of a Sith Temple and then trapped in time and only was able to return to her present time after Ezra pulled her out of the past and into the World between Worlds allowing her to return to the present which was after the war ended.

She didnt just not help. She was literally not there.

To be fair in 9 years which is when A New Hope takes place, Ewan McGregor will only be 3 years younger than Alec Guiness was for that role so its not really a stretch of the imagination.