John Pollock goes back to May 23rd, 1999, the night Owen Hart tragically passed away in Kansas City, Missouri.

In this special audio documentary, we speak to those that knew Hart and were present at the Kemper Arena that evening, as well as media members that covered the story and were around Hart in the hours before his passing.

In the coming weeks, we will release the interviews in full on the POST Wrestling Café.

ADDITIONAL NOTES:
“Pain and Passion: The History of Stampede Wrestling” by Heath McCoy
“Broken Harts: The Life and Death of Owen Hart” by Martha Hart and Eric Francis
“Stu Hart: Lord of the Ring” by Marsha Erb
“Hitman: My Real Life in the Cartoon World of Wrestling” by Bret Hart
“Wrestling Observer Newsletter” by Dave Meltzer

Support us on Patreon – The POST Wrestling Café:
http://www.patreon.com/POSTwrestling

John, you did an excellent job on this. Thank you so much for this. I cannot believe it’s been twenty years now and can only imagine how he would fit in today’s wrestling landscape. Great that you brought in Jeff Marek.

We miss you, Owen!

Thanks for doing this, John. It’s as sad now as it was then.

Thank you John & everyone involved in the documentary. I remember hearing about this the next morning at elementary school and watching the tribute show. I was crushed as I’m sure everyone else was. Good to hear that he was beloved among his peers.

John this podcast is amazing! You did a fantastic job. I found myself tearing up several times throughout listening to this podcast.

I can’t believe it been 20 years since his tragic death, I still remember it like it was yesterday.

Tremendous job @johnpollock! This is riveting.

Bravo John. That is just an awesome classily done piece of audio. Thank you.

Tremendous work Mr Pollock. I can’t even.think of much else to say. Just flat out brilliant work.

I definitely learned a lot from this podcast. In the past few years, I guess I’ve heard a lot about Martha from Bret and other people but you never really hear Martha’s side of it. WWE was definitely negligent in this whole process.

I don’t have a background in stunts and stuff, but I do know a bit about harnesses, lanyards and carabiners. The two I use are the self locking ones and the snap hook ones. On my harness, the lanyard I use when I’m at heights has a double locking mechanism, on both ends (hooking to my harness and hooking on to what I would be tying off to). It’s actually really quick to undo, but it takes two seperate actions. You have to squeeze the back end, and the squeeze the front to where the hook is. 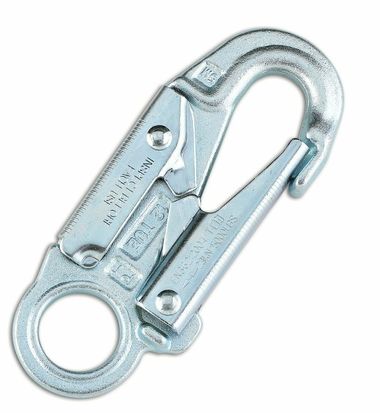 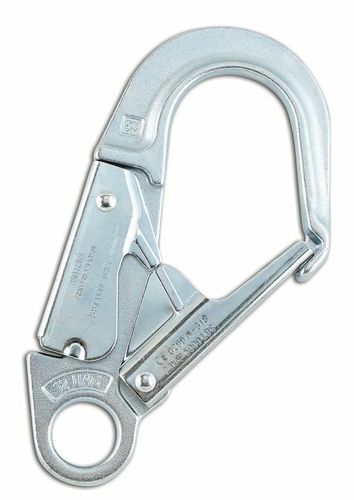 The next is one that goes around the leashes that we throw around beams. It’s a twist lock one, which isn’t as quick. You have to do two actions again, twisting the round piece, and then releasing it. Any ones I see that are stuck in the release position where you can just push it I have to throw away. 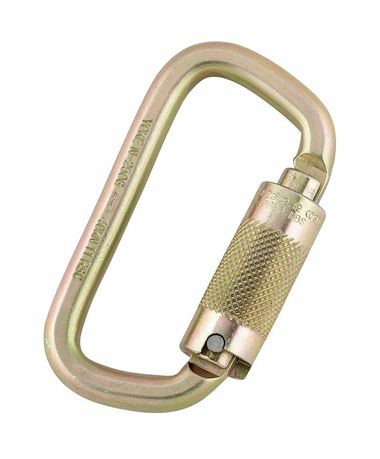 I guess I might look this up myself but I kinda want to know what type of carabiner Owen used because in 2006 when I started, these were pretty much what was used on construction sites, but again, this was more of a stunt here.

Ok, a quick search on the internet. I guess someone on reddit read Martha’s book and gave a picture of what the carabiner was. Holy shit dude. 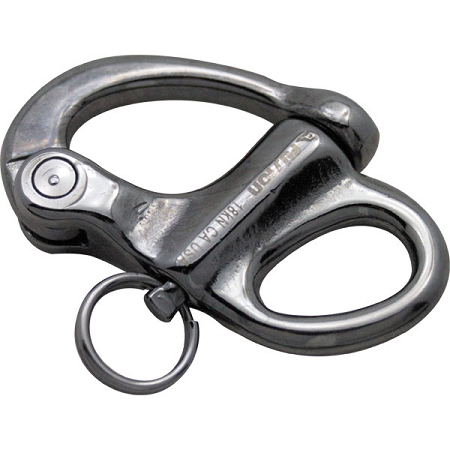 Anyone could have pulled that pin accidentally. Holy fuck.

A very touching and excellent audio documentary. Thank you.

Just got done listening to it. Great work John on this. I didnt know Vince had told Owen to do the stunt or he would lose his job. It’s so sad to hear what happened with the members of the Hart family after this.

Amazing John. Thanks so much for the hard work you put into this.

Really amazing work John. Owen was one of my favorites as a kid.

Just finished listening to it. It was very well put together.

Very good job. I enjoyed listening to it. Keep it up!

I haven’t posted here in awhile. I just needed to come on here and say that was an incredible listen. I was at work listening to this and I had to stop what I was working on and just listen. Listening to that took me back to that time and it was chilling listening to some of the comments. I forgot that Jimmy Kordaras was the referee in the ring when Owen fell. He was so lucky not to be in that spot. I couldn’t imagine what he felt like to turn around and all of the sudden see Owen laying there. Plus to hear how Owen didn’t want to do the stunt but wanted to just get it over with just so he can go back to his family. I wish there was a criminal investigation, but maybe that’s why Vince continued the show. We will never know now.

John, you did an amazing job putting this together. I hope someone saw the work you put into this and hopefully you will win some type of award for your work. Hats off.

From the research to the production to the presentation, this was absolutely enthralling. You also deftly handled a grave subject in a respectful, logical manner while making sure all sides told their own story. This was excellent, and many of us look forward to what you have up your sleeve next.

This podcast was phenomenal and timeless. There were so many first hand accounts that provided so many perspectives. I always heard that Owen was apprehensive about doing the stunt, and this podcast confirmed it.

It was a bit odd how WWE’s business and popularity wasn’t affected by this at the time. Maybe they were so hot at the time a tragedy didn’t matter. Or perhaps Raw is Owen undid some of the damage in the public’s eyes.