PAC VS. PAGE OFF DOUBLE OR NOTHING DUE TO CREATIVE DIFFERENCES

via the Wrestling Observer 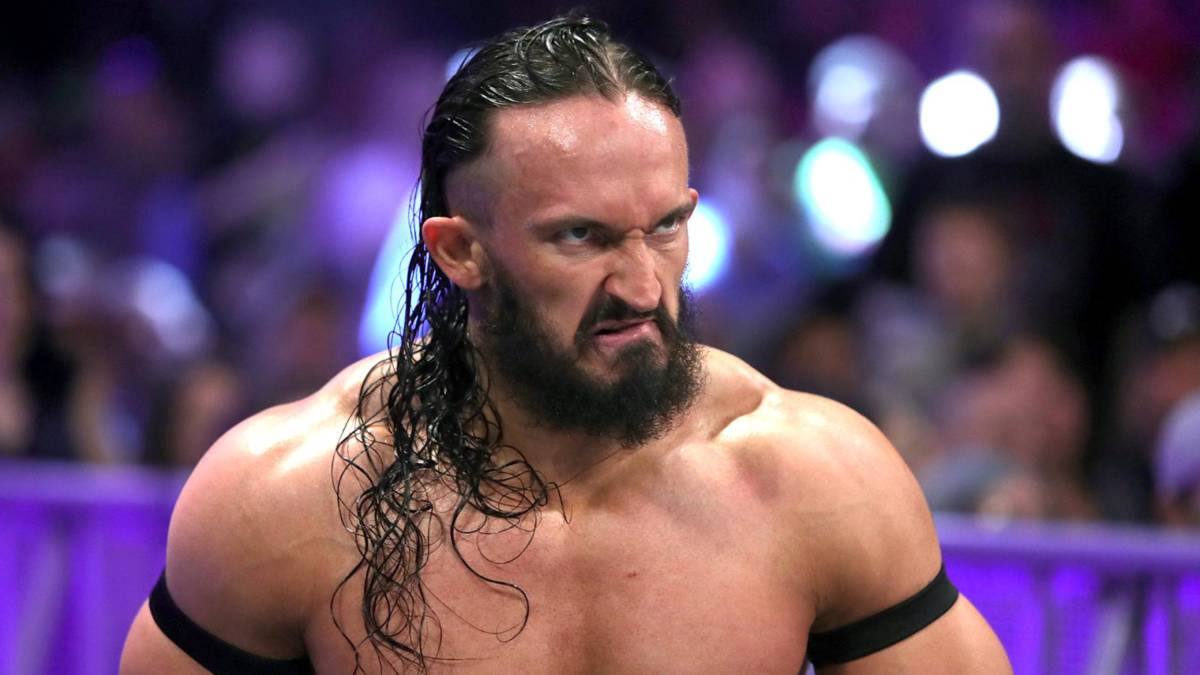 PAC vs. Page off Double or Nothing due to creative differences

PAC is off next weekend's Double or Nothing event due to creative differences.

The official word from AEW is that there were creative differences regarding the match and Pac won’t be on Saturday’s show.

Bugger, was thinking this would steal the show if given enough time.

If I had to guess, they probably wanted to do a time limit draw because there’s no way they could’ve expected Pac to lose

Shit happens, and this is far from the end of the world, but not a great look. Talent not agreeing to do business isn’t really the aesthetic AEW is going for.

Isn’t this the opposite of that?
A talent refusing to go along with things - so they removed the talent.

If legit, this can still be worked out. Otherwise, if legit, it seems strange that presumably PAC would suddenly have issues with the booking a week out from the show.

This is a bad look for AEW but I’ll believe it when I see it. Work

I am not a Meltzer detractor in general, but man is he carrying water for AEW in defending this.

As I said earlier, shit happens to all promotions of all sizes. But even if they improvise with something great in its place (and fair play to them if they do), it doesn’t change the fact that they couldn’t find a way to get an advertised match/wrestler in the ring. Interested to see how this plays out.

I’m so angry with Meltzer. He’s just defending this instead of calling out what it is - total crap and a bait and switch. They aren’t delivering a match they promised.

If WWE did this he would call them out but let’s it go and defends it because these guys are his friends. It’s such BS. I cancelled my subscription to WON after this and I have asked FITE for a refund.

Didn’t they run an angle that Matt Jackson retweeted 3 hours before the news?

Meltzer could be carrying water but the storyline version

Take a deep breath bro. It’s not that serious.

If hes really off - why did they do the match in the UK? Are we sure it’s not just publicity

This is bad considering Pac’s reputation for being very easy to work with.

It would have been a bait and switch if the night if the show they changed it.

And to be fair, WWE has had to change PPVs matches a ton of times with less than this amount of time - and really didn’t get flack for it.

A bait and switch is what WCW did tons of time back in the late 90’s where the night of a ppv they’d suddenly change the advertised card. This is nothing like that.

So listening to Observer radio it sounds like the plan was Pac beats Page at Double or Nothing, Pac and the Lucha Bros beat Kenny and The Bucks at Fyter Fest, Kenny beats Pac at All In 2, but Pac wasn’t dropping his title before that day and wasn’t going to do a job

This is what happens when you give tooo much freedom to the performers. I’m not a big fans of micromanagement in wrestling but you need to have a balance between no creative freedom which kills the moral of performers and too much of creative freedom, which make the company look bad when a performer doesn’t want to do his job.

That type of freedom was one of the reason why WCW died. Sadly, no matter how you spin this, AEW doesn’t look good in the process. If i was them, i wouldn’t have told anybody the real reason why this match is cancelled. I would lie my ass off to make sure that nobody looked bad in the process.

Lastly, as far as metlzer is concern, he’s always going to defend anything that’s going to be some sort of competition to the big bad WWE. He’s not a fan of wwe and it shows in his reports, so i’m not surprise that he defended this and wouldn’t do the same thing for wwe.

Again - nothing happened - so how has too much freedom been given to performers?

If there was an issue at the ppv then sure… This was clearly an issue due to Dragongate. This has nothing to do with PAC refusing to job - it was likely DG saying he couldn’t.

This is absolutely nothing like a WCW talent refusing to lose, or something. Seriously guys, it’s really reaching.

Again, while the card has to change - it’s a week out and other plans are being likely made.

Who cars about dragon gate? It’s some small time promotion. It’s like when a local champ loses to the NWA champ back in the day.

Also why couldn’t they have firmed this all up and actually signed the deals before they announced the matches?

I guess what can you expect. Jim Ross is involved and no one has ever been as inept as him at managing stuff like this (ie Jeff Jarrett situation)

Dragongate has been a longtime home to PAC - and as their champion, there may be a level of respect (and perhaps contractual obligation) to finish out their bookings as Champion.

If the story that has come out is the truth, it is entirely possible while PAC was fine with everything laid out, that only in the last several days DG put up some sort of stink / made a firm decision that wouldn’t have worked out.

Again, it sucks - but nobody knows the entire situation, but it’s hardly a “bait and switch” by any means, and announcing it a week out is the exact opposite.