It looks bad, I’m not defending Dave & Peyton has every right to be upset, also I don’t think he meant what he said in a hurtful way but it is what it is now. Dave also apologized 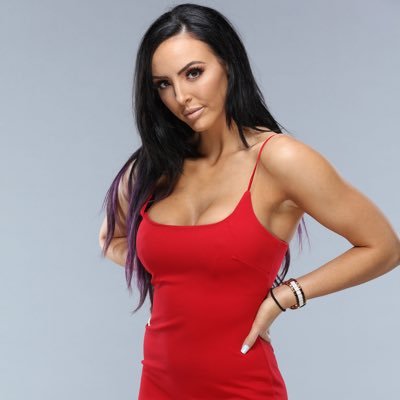 This has been a long time coming. Some of Dave’s writing is fantastic, and he has some great connections in the business, but if you’ve been reading his work for a long time you know some of his comments, particularly towards the women of the industry, can be quite problematic. He was bound to be called on it eventually.

I don’t think the comment was as bad as the world of Twitter are making out, I listened to the show on Tuesday and it never stuck out to me.

I’m pretty sure he was talking about her surgery and he feels she didn’t need it.

People, especially guys are allowed to have opinions on females, its a natural male thing.
Now i dont know what she looked like in NXT compared to what she looks like now, but she seems fine to me.
Some girls look better a few lbs lighter and some look better with a few lbs heavier.
Take Kaitlyn for example, her old look in WWE from 2013 is way better imo than her current look, she looks healthier back then than now imo.
But of course because Meltzer said it, it gives everyone the chance to jump on the bandwagon to shit all over him.
People in much higher profiles have said worse.

Agreed. It’s about time someone other than Bruce Prichard has called him out. Through listening to some of Conrad Thompson’s shows and hearing him read old Observer quotes, an argument can be made that Dave tends to show favoritism towards the wrestlers that talk to him over wrestlers that don’t. He seemed to have an odd vendetta against Goldust and Sable.

He was just talking about her new boobs…said “lighter” which could be misconstrued easily and he should’ve just apologized for even commenting on her appearance as opposed to her talent but basically said “ur pretty, I so sorry” and turned this into something completely different.

Worst part, is he can’t seem to just let anything go and is digging and digging so much the WWE roster is starting to dog pile on this.

Dude just needs to shut up and wait for it to blow over. …twitter outrage only lasts about 4 hours if people don’t keep blowing it out proportion.

What I dont get is whoever uploaded this, was clearly a subscriber and chooses to do this.

Everyone wants their 15 mins of fame and recognition to try and hang anyone in the public eye out to dry on social media.

You cant have an opinion at all these days or say boo without the twitter jury out there looking to hang you at first opportunity.

Blame the whistle-blower and not the guy stating his opinion on a paid subscription podcast available to the public?

I say worse here, but I don’t make no bones about what my opinions are…I don’t need to read whataboutism about that or anyone bringing up scripted moments on WWE tv to justify things.

oh you can use gifs to express your opinion, never seen that before ever, touche.

His podcasts are behind a paywall, ergo people PAY for HIS OPINION, which are not exactly that easy to find for any random person digging for dirt.

His opinion was she looked better before breast enhancements, but he can’t clarify that because the grave will just get deeper.

God forbid someone having an opinion on someones looks in a non offensive way, shoot him quick!

It’s still a sold opinion open to the public… this isn’t his private thoughts being lambasted. You’re acting like someone recorded a private conversation. It wasn’t…learn the distinction, and guess what…he’s learning what the online environment of pro wrestling he helped foster is like. Maybe not try paint yourself holier than thou and still not know what will offend someone.

Hoisted by his own petard.

Dave: it’s cool I would totally bang a fat bych

Debated whether to weigh in on this and want to try to write this in a way to isn’t so black or white - because in the business of wrestling critiquing, there are many shades of gray.

Meltzer makes a living off providing insight, observations, and opinions. Listening to this clip, and knowing it is only a clip of a bigger conversation, I must say that it comes across as just his opinion. In a medium that is built on physical look and ability - which wrestling is - it’s hard to critique talent and elements of the business without venturing into physical characteristics.

When a male performer appears out of shape - ala Sting in 98, or Flair in the 2000s, or even Big Show during his run in which he was sent down to developmental - it is fair game to discuss and comment. When a male talent gets jacked, or cuts weight to transform a look, it’s noted. That’s the business.

IF we are going to truly have a women’s eveloution in wrestling then it must be understood that female talent are subject to the same criticisms and critiques that the men are. THAT is equality. Treated EQUAL.

If a women’s match sucks, it should be said. If a female talent is super over, she shouldn’t be held back. If a talent has altered/enhances or just naturally undergone a change to their physical appearance it can be commented on. I have no issue with that.

Dave doesn’t call her fat, he doesn’t shame her, he simply said (in the clip copied here) that she was lighter. That’s actually a fact as much an opinion. And that’s not a bad thing! Frankly, some women on the roster should not be so light (Sasha) and some are perfect being bigger (Nia). His broader point is she doesn’t stand out. And that’s his opinion and observation that people pay him for.

I don’t know, maybe there is more to the podcast but it doesn’t sound awful…except when one person tweets it out and the game begins. Twitter is such an instant judgment zone now, and that’s fine. That’s what it’s there for. It will probably be forgotten in a week, and ironically the numbers it will help other podcasts do will be nice for the business. And if he did cross a line, we live in a society now where nobody will let him forget and perhaps he’ll lose business. Time will tell.

But if his business is that of opinion and observation and insights and he is self-employed, then it’s hard to ask him to be phony. I got no problem with him just doing what he perceives as his job and his subscribers are the ones who should tell him if he crossed a line - not the talent he covers. Imagine NBA players going after a ESPN reporter for noting a player showed up out of shape? (And by the sounds of this clip that isn’t even what Dave said - he just remarked on the difference between her in NXT and her now). We’re talking wrestling - where look is 80% of the business.

It’s not up to the reporter on what offends the person they’re talking about.

on the money!
think people on here love to argue for the sake of it, people need to chill the f out.

LOL yeah, that’s what people who run forums want…people chilling the f out and having a dead forum.

have you got the clip of Meltser apologising to Sting by calling him “attractive”?

Complete fake outrage. He was just saying it wasn’t necessary for her to get her boobs done. I completely agree.