Did you know, that while WWE recognise that both John Cena and Ric Flair are 16x World champions that could not be the case. Flair is recorded as a 9 time NWA World champion however he can be seen as an 11 time champion. After Flair won his first NWA title on September 17th 1981, he would lose it to Jack Veneno on August 29th 1982 in the Dominican Republic, however he refused to defend outside his native country so it was returned to Flair making him a 2x champ. He’d then lose the title to Carlos Colon on January 6th 1983 for 17 days making him a 3x champ once he regained it. As those reigns aren’t recognised, he is recorded as holding the belt from September 17th 1981 all the way to him losing it to Harley Race on June 10th 1983. Flair won the title back on November 24th 1983 but that reign didn’t go without some fun as Race won the title in New Zealand on March 20th 1984 and Flair won it back in Singapore 3 days later, both these reigns are not recognised. So Flair can be seen as an 11 time NWA champion, but that’s not all with the Nature Boy as he’s noted as being a 7 time WCW champion but could be a 8 time champ as during his second reign (started on December 27th 1993), he would have a match with Ricky Steamboat on April 17th 1994 which ended in a double pin and the title being vacated, Flair beat him in a rematch on April 21st. However, WWE don’t reconise this and see his 2nd reign as uninterrupted. When you combine these titles with Flair’s 2 WWE title runs, he would actually be a 21 time world champion.
If we were to compare the total number of days between Cena’s and Flair’s 16 reigns, Flair had a total of 3739 days and Cena has 1412 days. Flair’s reigns are over a 19 year period, while Cena’s is only over a 12 year period.

How many wrestlers have been in all 5 Andre the Giant Memorial Battle Royals?

Only 3. The aforementioned Mr. Goldust as well as Fandango and Heath Slater.

DYK:
Of the 8 participants in the tournament to crown the inaugural NXT championship:
3 are no longer in WWE
2 were released soon after but returned and are now featured prominently on Raw
2 are tag team partners today
1 is a breakout Star 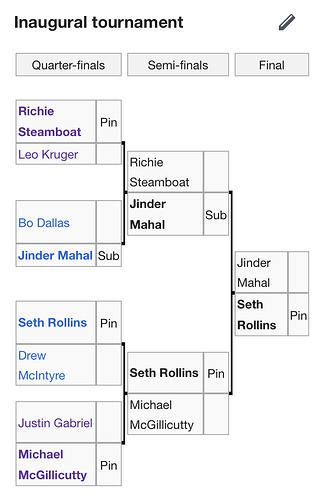 Since the inception of the NXT championship in July 2012 there have been 15 championship reigns. In the same timespan on the main roster there has been 22 WWE Championship reigns, including ones by The Rock, HHH. Also guys who held the belt in this span: Shemus, Bray Wyatt and Jinder Mahal.
The Universal championship has gone through 4 reigns: Balor, Owens, Goldberg, Lesner.

I found this interesting as to which belt is most protected and how is the championship used. I’d argue in NXT it is a crowning achievement that marks a star. The main roster uses it more as a prop. Less of a crowning moment.

Did you know that if Cody is successful at All In it will be the first time in history that a father and son have been a World champion. The NWA title does have brothers who have held it (Dory Jr. and Terry Funk). But to add to that, it would not be the first time that the Runnels family have won the same championship as Dustin is a former NWA tag champ, 6 man tag champ and United States champ. All championships that Dusty had held. On a final note the brothers have also shared a championship as both Dustin & Cody have been the WWE Intercontinental champion.

In a couple of weeks, one person will have appeared in the last 3 Money In The Banks in 3 different capacities: 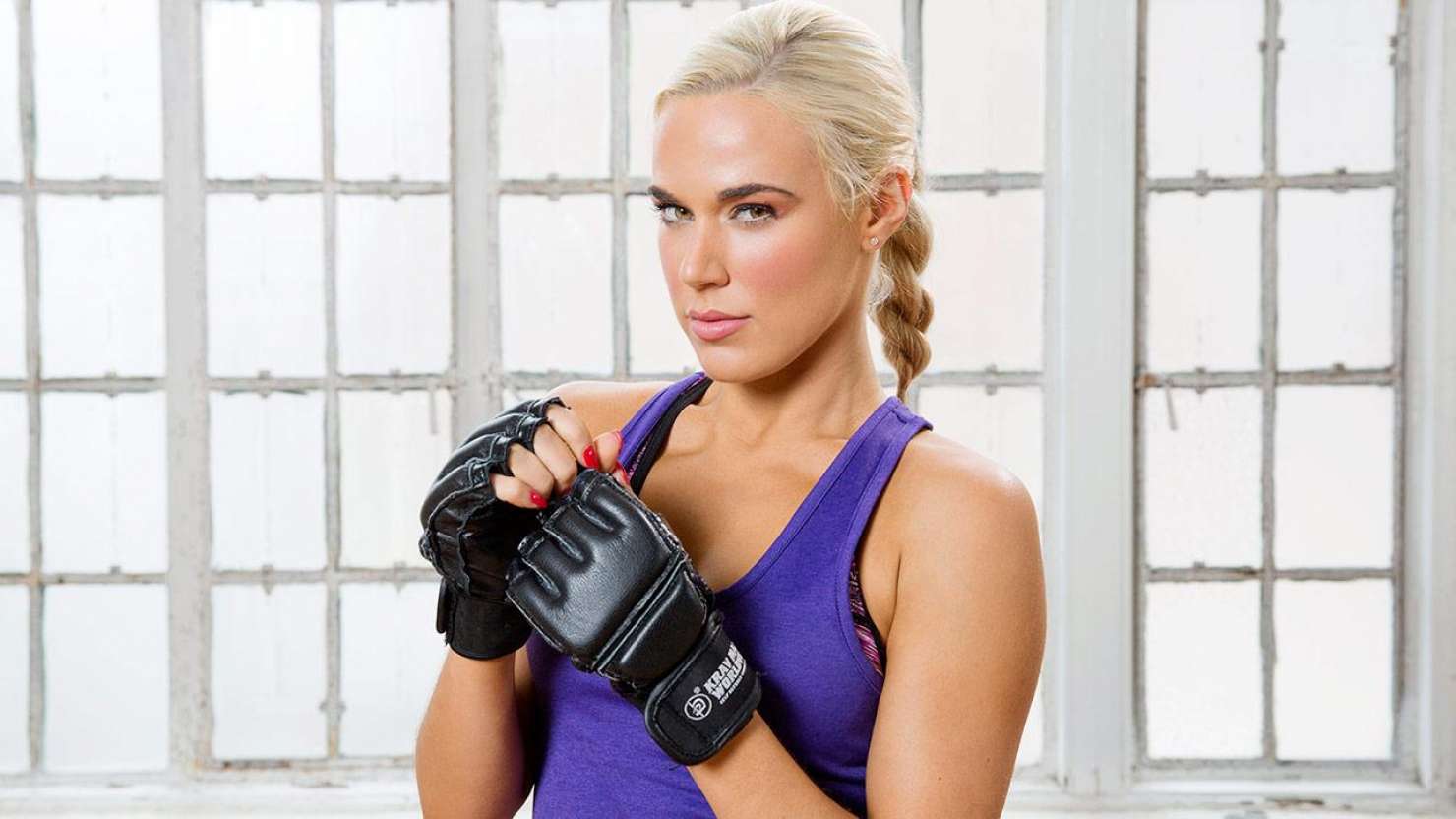 To follow one from my last post about a World title, I thought I’d look into the biggest gaps of time that someone has held a World title and I found some interesting facts. To clarify here, these are the days from when they lost the title to when they won it back.
Tommy Dreamer has the biggest gap between ECW World title runs with 3334 days and is the only one on this list whose first reign lasted less than an hour as he would lose the title to Justin Credible minutes after he won it.
Sting may be called the WCW franchise but he’s the one with the biggest gap for that title with 1748 days between his 2nd and 3rd reigns.
The big gold belt would be transformed into the World title in WWE and Randy Orton has the biggest break from the title with 2453 days.
In a link to WCW in a way, Lou Thesz has the gap with the NWA title with 1898 days between his 2nd and 3rd reigns.
Austin Aries has double honours as he has the biggest break with the ROH title (1457 days) and the TNA title (1915 days).
We now get to the really big breaks. Keji Mutoh had a 3062 day break from the IWGP title (between his 3rd and 4th reign).
Bob Backlund comes in second with 3986 days between his WWF title reigns. But Genichiro Tenryu had the biggest gap with 4036 days from the All Japan Triple Crown.

Money In The Bank Briefcase:

There have been only 2 wrestlers (out of 19 matches including the women) to lose his/her ‘cash in’ match.

Whoa, whoa Cobra. We have Corbin from last year. Still getting over Sandow from 2013. And what about Cena cashing in vs. Punk at RAW 1000?

I’m a animation nerd, so this one even surprised me.

DYK: Before becoming a professional wrestler, this guy (along side Neil Patrick Harris) auditioned for the role of ‘Ron Stoppable’ on Disney Channel’s his series “Kim Possible” (which ultimately went to Will Friedle). 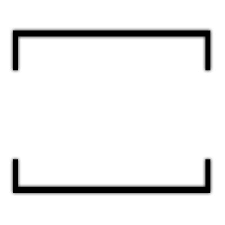 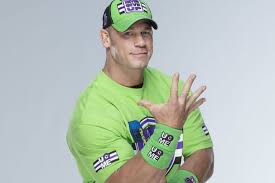 Did you know that the Ultimate Warrior “won” the Intercontinental title before his legendary Honky Tonk squash of Summerslam 88? Prior to Summerslam, WWE held 2 days of TV tapings that would air for several weeks after the show and so they needed Warrior to have the title. At the beginning of the nights Warrior would beat Honky to win the title, he’d then come out for his matches with the title but at the end of the night it would be announced that the decision did not stand and the title would go back to Honky.
A similar story happened in WCW with the tag titles, the Fabulous Freebirds (Michael Hayes & Jimmy Garvin) actually have a -6 day tag title run. The Freebirds would beat Doom for the titles at WrestleWar 91 but 6 days before the Steiners beat the Freebirds on a taping for WCW pro that aired after the PPV.

Matt Morgan, know as The Blueprint in TNA has:

This wrestler has a losing record (tag teams included) against:

and now on top.

This wrestler won a state wrestling championship in high school at 275 POUNDS !!

He was a ‘2 way player’ in football (offensive and defensive line).

Only 27 credits short of a bachelor’s degree.

Despite being under WCW contract for seven editions of Starrcade*, Hulk Hogan only wrestled at the company’s flagship event three times. Perhaps even more shocking, his record at Starrcade was 1-2.

*including 2000, though he made his last-ever appearance with WCW in July (and may have actually been suing them by December)

What was his lone victory?

Did You Know? dyk

Matt Jackson of the Young Bucks has wrestled twice on WWE’s Smackdown,
losing to Chuck Palumbo and the Big Show.

won an election to become the current commissioner of District 4 in the city of Longwood, Florida

This explains why I’ve never seen Matt Morgan turn up anywhere after TNA. Thanks!

The late great Vader has a very unique accomplishment to his name. In 1989 he could lay claim to being a World champion in Europe, Japan and Mexico.
Vader defeated Otto Wanz to win the CWA World title for the 2nd time on August 21st (in Vienna, Austria) and held it until December 22nd losing it in Bremen, Germany.
Vader defeated El Canek for the UWA World title in Mexico on November 12th and would hold it for over a year before losing it back.
Vader also held the IWGP title by defeating Riki Chosu on August 10th and he lost it back to him on August 19th 1990.
So for about one month, Vader was the ruler of the world! It’s also interesting that he beat and lost it to the same man for all 3 titles.