Rollins vs Reigns having a non-ending is probably a very good call. Just like Rollins vs Kofi after Wrestlemania. WWE just don’t have the guts or smarts to actually have a winner.

If they do another non finish (which I suspect you are correct) at what point is enough enough with that philosophy.

Also whoever did this massive write up of all these interviews is amazing, thank you POST! And Andrew Thompson
@johnpollock

I would think that we will see interference possibly by fiend or Brock. But non finish is only thing that makes sense

As long as there is a winner, I don’t care about how much interference there is but I think there will be some confusion going into the break regarding the outcome.

Regarding the AOP being split up, I was just pointing out it would be a WWE thing for them to split up a legit tag team (especially 1 they are building) instead of a mash up (B-Team)

Once again, why even do the match? Enticing people into watching but ultimately planning to leave them disappointed…? Great plan…

I don’t know where to post this but big timer @johnpollock getting quoted in the USA Today: 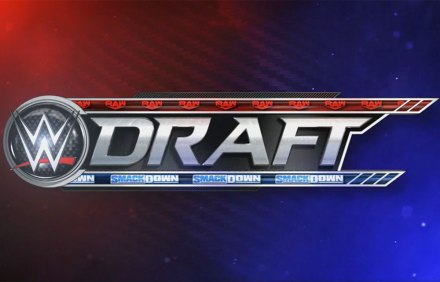 Everything you need to know about the upcoming WWE Draft.

I’m sure Becky and Seth end up together. Relationship is too public I think for them to split them up but who knows

Does anyone think they actually come out and annouce that Dana Brooke was drafted?

I’m assuming we will only get announcements for the top stars. I don’t think we will get “with the 41st pick of the 2019 WWE draft Raw selects No Way Jose!”

I really would love to see that and the guy come out dancing and celebrating being the last pick. That would pop Vince for sure

Maybe I’m stupid for still having even a little bit of faith, but I cant believe some of you actually think there will be a non-finish in the Seth/Roman match. If it wasnt for the first pick, then I could see the non-finish. Since a draft pick is on the line, I just dont see it. How the fuck are they going to determine the first pick after that? They’ll look even dumber.

Fiend interference is a great call whoever made that prediction.

Its sad that it has come to that. I can see it too, but I’m giving them the benefit of the doubt, that their draft is already so fucked up, they wont possibly fuck it up even more.

I was wrong. I’m stupid for having faith in these idiots.

This was just too on point

When it comes to chasing good PR, they’re as full of shit as the WWE. It’s probably combined numbers all across the world for both episodes and AEW Dark with YouTube views thrown in and everyone that bought the PPVs.

Tony Khan’s next public statement: “Every viewer will have free healthcare”.

LOL. Yep. It’s so obvious When they don’t want to give us a finish. Makes you question how smart you need to be to work on WWE creative doesn’t it