As announced on the POST show last night, the Discord will be holding a Böttle Royal™ to determine the first ever PWD (POST Wrestling Discord) Intercontichannel Champion. The event will take place Friday April 9th @ 6pm EST / 10PM GMT, it will be co-hosted by Eric and should be a fun time of goofing off and cutting ridiculous promos on one another. If you can’t make it, don’t fret - just like regular Bot Battles you can participate even if you aren’t available at that time. To sign-up all you need to do is set your walkout song with !setwalkout Serial Joe - Mistake if you have already set your walkout music you are already enrolled and will be entered into the Böttle Royal™.

If you don’t know what the Bot Battles are, the Discord server has a bot that responds to commands using ‘!’ . For example you can go into the server and type !jopo to get a random John Pollock impression. If you !battle @EricMarcotte you will engage in a ferocious, highly accurate Pro Wrestling Stimulation© that’s going to make TNA think twice about switching to Thursdays.

We’ll have some more details leading up to the event but before that, you can hop into the Discord set your walkout and secure your spot in this highly prestigious event. 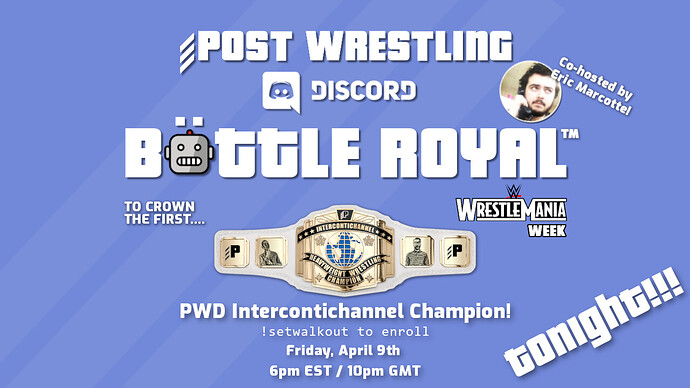 Update on The Böttle Royal™ - We have settled on a time - 6pm EST / 10pm GMT - this Friday April 9th - We currently have 35+ Böttlers enrolled - so far nearly 800 Böttles have taken place on the Discord server. Remember you don’t need to attend to participate, all you need to do is set your walkout song ahead of time, which you can do by typing the following command !setwalkout No More Tears - Ozzy Osbourne

Reminder that the Bottle Royal is tonight in just over 2 hours - I’ve created a speical voice channel in the Discord just for htis event. Also to clarify some confusion about the time - the UK is currently observing BST which is GMT + 1 so the time for our UK friends is 11pm - which is 10pm GMT.

Check out the POST Wrestling 👊 community on Discord - hang out with 1,033 other members and enjoy free voice and text chat.

Thank you to everyone for participating, there were over 45 böttlers. We’ve had almost 1000 böttles on the server since that feature launched, this was a much bigger success than I ever anticipated.

Thank you to Eric for helping out with the festivities and eliminating Brandon from NJ whom we were all happy to see get tossed.

Also here’s a link to a Spotify playlist with most of the participants walkout songs - many of them were fantastic choices. 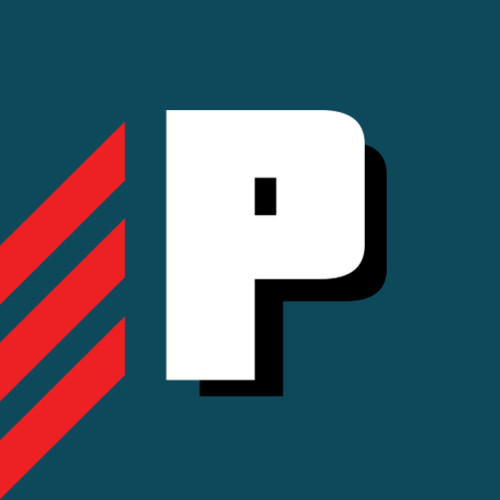