Has anyone watched this?

I got sent clips - how in gods name is this legal? People just sitting there waiting to be knocked out without any defence?

Am I missing where the skill part is? You aren’t dodging like a real fight - literally just taking it ? So the skill is how hard your head is?

They are touting like the looked around for world class athletes. I mean any idiot can do this right? So they found a bunch of desperate idiots basically willing to risk brain death ?

I mean do they just want CTE - I don’t get it. What’s the appeal other than hoping to see a live death?

I’m so glad AEW fans had enough sense not to tune in. Warmed my heart to see wrestling fans in a positive light for once.

I’m so glad AEW fans had enough sense not to tune in. Warmed my heart to see wrestling fans in a positive light for once.

I was wondering how it did in the ratings? Did I miss a report about the viewership? Where did you find that it didn’t do well?

Alex, it’s also astounding to me that the idiots at TBS are okay to have this on their network in the midst of the incident with Dana White and his wife while at the same time would not allow AEW to have a full-on tribute show for Jay Briscoe because of his past issues which he has been very remorseful of. This is an extreme case of double-standard I’ve ever seen.

Agreed. It’s incredibly stupid. I can’t believe they wouldn’t let them do a tribute to Jay and instead let Dana talk about how “if you don’t like someone just slap the shit out of them” after he did that to his wife

Of course the dimwit son would.

It’s trash, and mind boggling how it’s allowed to happen and actually regulated with all we know about CTE in 2023.

I was watching this week’s Dynamite on a bit of a delay and forgot Power Slap was coming on afterward. As soon as I saw it was coming on (because it was never promoted on Dynamite; lots of love for Jay Briscoe instead), I immediately switched to something else, then to the YouTube app to watch John, Wai, and Jordan talk about Jay Briscoe.

I watched the 1st episode since i was curious and it was just awful. It’s like some of those people are begging for a concussion. Chris Nowinski’s tweet is basically the general consensus about this.

I have a hard enough timing enjoying MMA anymore because of what they are doing to each other, but at least I can recognize and appreciate the art of it. This is just pure shit and downright stupid. There is no skill in not suffering a concussion.

Can someone describe the concept of this show? Like I get the slap fight part, but how do they fill out the show? How many slap fights per episode? Is it a tournament? When they arent slap fighting, do they show them doing like hand work outs or some shit?

It’s supposed to be like ultimate fighter. Train and live together.

It culminates in a PPV with the two coaches fighting for a belt. The underlings on the show will fight I assume.

It’s not even “slap fighting” what it is, is unblocked palm strikes to the temple and jaw. I’m surprised TBS is even airing this shit.

But power slap still gets aired. These guys at warner are wild. I get these are different things and the Roiland case was worse reportedly but its still similar enough to make you wonder what type of actions draw more focus. 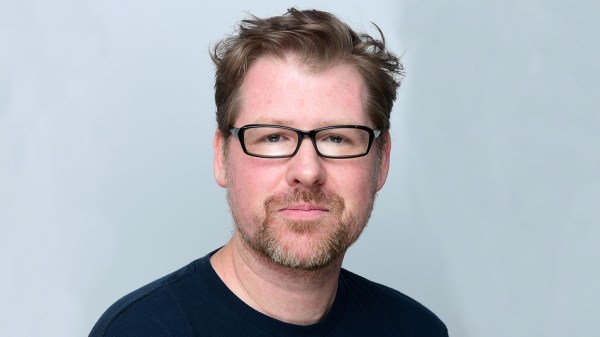 'Rick and Morty' is set to continue, with Roiland's voice roles to be re-cast, sources say.

I think it was Ariel who floated the idea that Endeavor bought the air time for the show and it’s not as easy for TBS to cancel it.

I guess that makes sense.

Given the Dana white controversy, the general lack of any interest and all the negative press one has to think it’s more complicated or else it would have been canned

You’d hope there’s more to it, if only because the entire situation is more of a black eye for WBD than the late Jay Briscoe could ever hope to be.

What was it that Jay Briscoe did again? I know he tweeted something bad, but I can’t remember what it was. I’m not asking for the exact wording or anything , just wondering what it was as I don’t want to speculate.