Raw took place from Chicago and featured the announcement that Shawn Michaels will wrestle at Crown Jewel as part of a reformed D-Generation X, Trish Stratus will now team with Lita against Alexa Bliss & Mickie James at Evolution, Kurt Angle has his first match on Raw in almost 13 years, The Bellas attack Ronda Rousey & much more on a loaded Raw. We announce the winners of our Instagram (@POSTwrestlingofficial) contest to win a copy of the “Creating the Mania: An Inside Look at How WrestleMania Comes to Life” by Jon Robinson courtesy of ECW Press. Plus, details of our next contest to win another copy of the book! We also discuss TODAY’S TOP STORIES with fallout from UFC 229 and the brawl involving Khabib Nurmagomedov and Conor McGregor’s teams, an update on Kevin Owens and more.

Plus Café feedback, comments & questions from the POST Wrestling Forum.

DX coming back AGAIN is instant change the channel heat. Give me a 20+ minute Corbin matches over that garbage any day. While Trish and Lita aren’t nearly as played out and tired I still don’t want these older nostalgia acts anywhere on tv.

Kurt Angel’s return was fun and even though he’s my favorite wrestler of all time I just don’t want him wrestling any more. My only hope is that WWE use him to put over a newer talent when this is all said and done. Have Kurt with this cup if you want to establish his comeback as something legit and dominant…but do it to have him ultimately put over someone like a Finn Balor who gets pushed into the main event with the momentum or better still Chad Gable.

WWE spent the bulk of its show feeling like TNA when it brought in Hogan, Nash, Flair, etc. Lets ‘compete’ with wrestling by building our show around acts that are long long long past their prime and should be retired.

Meanwhile you build the Ascenion for 2 weeks just to defeat them and move on to another feud…I guess we just wanted to make Chad and Bobby look like jobbers before moving on to AoP.

Nia Jax returning from injury just to lose in a 3 minute match…that’s not how you book the monster of your division. If you want her to lose then fine but imagine if this is Brock Lesnar or Braun losing to Corbin and tell me if you think this is a good use of your monster talent.

At least Shield vs Dogs continue to entertain. I’m personally tired of the pairing because you can only do weekly matches over and over for so many months before it wears thin. But from a story perspective I’m all in on the slow burn. I just wish this story could be told without a match every week or while these performers face other people on the card.

I have to admit that some of this nostalgia stuff is entertaining…but overall I left the show with a highly negative view of the state of WWE. This is going backwards in a highly damaging way and I’m far too jaded to think that these nostalgia acts are being done to enhance the future talent.

Edit: Forgot to mention I LOVE the KO/Lashley turn as Lashley has been trash since his return. Hopefully this can finally lead to something good. I’d be on board with a KO face turn but since this is an injury spot we’ll have to wait and see what direction WWE takes. KO is great at everything he does so I won’t be upset if he returns as a heel either.

The bella stuff continues to be awful. I can’t even pretend to care. I’m happy for their success outside of Raw and Smackdown but neither of them have a place on this roster right now.

Can DX actually to the crotch chop and say suck it when in Saudi Arabia without causing an international incident.

So the World Cup is a glorified King Of The Ring tournament, with at least half the field being American.

I can totally understand the eye rolling reaction to seeing Triple H and Shawn in the ring in their 50’s.

And I think I would have felt the same way for a long time. But Raw has also been a really poor show for awhile now and Triple H and Shawn are still able to do such good promos when they are focused on a match that it felt like a highlight of Raw. Having them on a 3 hour Raw broadcast or a five hour ppv is hardly “taking somebodies spot” and if anything will hopefully create opportunities for them to have matches with Rollins, Ambrose, McIntyre, Balor, etc. 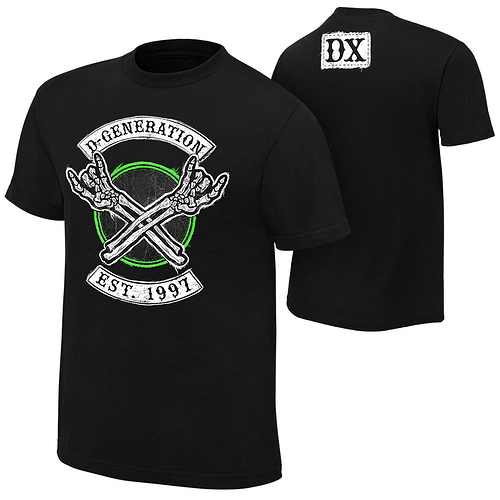 I actually think Nikki is a decent worker and she looks and comes off as a major star. She is over and has her fans. I really don’t mind her in wrestling. Brie is just awful in every aspect, I really hope her Bryan are trying for more kids.

I personally feel Nikki is a below average worker, obviously Brie is far worse but against the current female roster I feel Nikki is one of the worst.

I just hope they both disappear after Evolution.

Regardless of her talent, does she come off as a star to you though? Do you see the value of having her there? I would like to see her work with lots of the new girls. I think she still has a lot of worth and feels fresh.

She has value because of her mainstream crossover appeal with Total Divas/Total Bellas and her Dancing with the Stars gig she had. But her shelf life as an active worker is very limited, considering her neck issue keeping her from wrestling a regular schedule. Basically, she’s gonna be there to give Ronda Rousey a major rub by putting her over at Evolution while they wait for the eventual Ronda vs Charlotte showdown down the road.

I forgot about her neck. I wonder what her limitations are in how much she can wrestle. You’re probably right as her wrestling Ronda then finishing up. I also don’t see much of a shelf life for her as a heel also. I would of loved to see her as a face vs a heel Alexa. I think that would of been fun.

There’s talk of Dean turning on Shield, but what if Seth and Dean kick Roman out. Seth and Dean are close after becoming a team again last year. After Roman comes back into the picture and Dean’s injury, Dean is going through this conflict. Won’t happen but it would be interesting to have Shield move on without Roman.