The mysterious Superstar Shakeup continued with more roster moves reflected on the show, a pair of three-way matches took place with the winners facing off to determine Seth Rollins’ next challenger for the Universal title, an insane re-introduction of Bray Wyatt, the transformation of Bobby to Robert Roode, an update on The Vikings and their call-up experience, and a three-hour build up to a Baron Corbin main event.

Plus, John & Wai chat about The Shield’s Final Chapter from Sunday night.

Normally I share the same opinions as John and Wai but this episode wasn’t the case in a lot of ways.

There were more points but I’d have to listen to the podcast again to remember them. I will say you guys are on point with Becky. She was at her best with things like her short and sweet moments of awesome with Edge and just being a badass fighter. That character is dead. She is a generic white meat babyface and all interest is just gone because of it.

My biggest disappointment of the night was learning that Ricochet and Black broke up. Horrible!
Yes, I know these people are singles stars. Doesn’t matter. Raw desperately needed more legit tag teams to help the division and now your most legitimate one aside from the Uso’s are no more. Ricochet and Black could have stayed a tag team for a couple of years and broken into a singles act when the time was right. There was no reason to rush it especially given that the top of the card for both shows are fresh as is the midcard. These are just two more singles wrestlers sitting in an ocean of singles wrestlers who just can’t find room to be on tv now.

Note: Lucha Underground is/was my favorite promotion of all time largely because of Prince Puma. To say I’m a Ricochet fan is an understatement. I want this man to succeed as a singles star ultimately but right now it made too much sense to keep them a tag team.

Raw as a whole:
Good show tonight. The shakeup really helped as this show felt refreshing. Still plenty to gripe about but Raw is really a show I look forward to these days. I’m clearly in the minority given the horrendous ratings of late but that’s just how I feel.

From what little I saw and from what John and Wai talked about someone in WWE has been watching Happy! on SYFY channel. The main bad guy in season 1 and 2 is Sonny Shine a creepy kids show host. 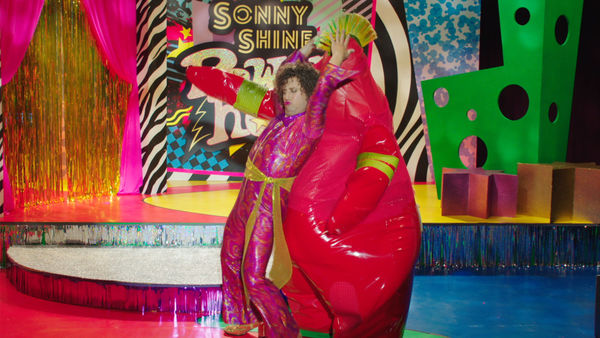 I’m into the new Bray character. Obviously we have to see how it plays during a live segment but for what it was on Raw, it was very good. I think Bray is great at playing a mad character, the problem for him started when he started doing some hocus, pocus shit. As said on WrestleTalk, he’s great when he’s mad and not magic.

That’s all I want, for them to drop the magic elements of anything he’s done previously.

I feel like any Canadian not saying Bray is being a deranged Mr Dressup is unpatriotic.

Still clinging to ratings in 2019 when even Nielsen’s said they were an outdated metric back in 2016.

Talking about mentions on social media really isn’t a great way to measure how well a show is doing but as long as the idiots giving them money are also under the impression that social media mentions mean everything, I guess it doesn’t matter.

Until there is a better system devised, this is the system the industry subscribes to. They mean more now than ever before when television sports rights are this lucrative.

@johnpollock why don’t we ever hear about what the PVR views are? I hear them a lot for regular tv shows, but I’d be interested what they are like for wrestling

I feel like any Canadian not saying Bray is being a deranged Mr Dressup is unpatriotic.

This made me laugh my ass off. He’s a weird combo of Mr. Dress up, Mr. Rogers, and Pee Wee Herman.

Long time listener first time poster. I Live in the Des Moines area and went to RAW last night. Maybe it was just the section I was in but the crowd seemed pretty hot most of the night. There was a definite lull once the Becky and Fox match went longer than the 3 minutes it should have been though. The crowd didn’t really pick back up till the AJ and Corbin match. Seth obviously got the biggest pop of the night but AJ and Becky were not far behind. The dark match was Seth and Braun ( who was probably the next biggest cheer) vs Drew and Bobbly Lashley. It was a fun 12-15 minute match with Seth curb stomping Lashley for the W. Braun and Seth gave lots of autographs and took photos with kids in the front row before they left as well. Maybe it was just being there but i thought the show was pretty decent overall. I would have given it a 7 out of 10.

Also thanks for all you two do. I used to drive a lot for an old job and all your stuff has got me thru some long days. 10 out of 10 for Post Wrestling!