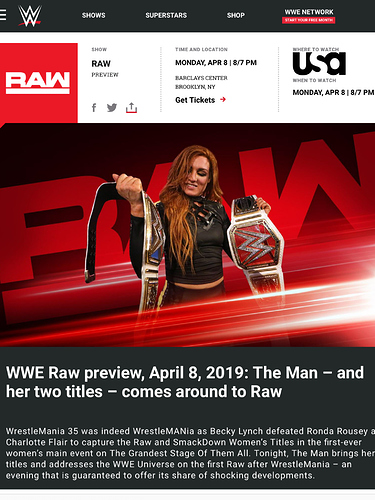 Excited to see Alexa Bliss get back into the ring.

Poor Michael Cole his voice is completely shot! he’s got 3hours to try and get through.

What do you guys think will happen in the main event?

I’m assuming some sort of no contest finish. I cannot see either losing or them merging the belts. If one has to win I would think it has to be Kofi and maybe Seth is still not 100% and that is a reason he had a shorter match last night. So they decided to have him lose to the biggest baby face going right now so the fans would not be upset.

Hoping for anything other than a New Day split causing Kofi to lose the title?

Yeah I cannot see Kofi losing the belt. Well I should say I can but it is an awful idea, it diminishes his mania win, and makes him look like an overconfident moron if he loses his first title in 11 years in 24 hours.

I hope they don’t do Kofi like that. Would be a good spot for undisputed era to debut.

That bray wyatt vignette was hilarious and not in a good way.

He’s probably coming back as the new mr Rogers

wait!
Sami Zyan is going to win the IC title?

The show is kind of sucked.

I wanted heel Zayn but after that promo… 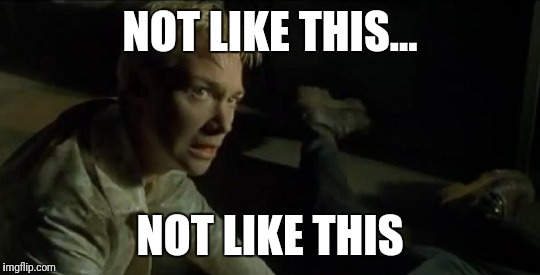 Awesome moment for those fans in the arena.

Looking forward to this Kofi vs Rollins match.

lmao this is the most underwhelming turn of events