Rematch between Bianca Belair and Sasha Banks set for SummerSlam

The rematch between Bianca Belair and Sasha Banks for the SmackDown Women’s Championship is set for SummerSlam.

In the opening segment of Friday Night SmackDown, Belair confirmed the match with Banks as the two will meet for the first time since their WrestleMania 37 main event on April 10th where Belair won the championship.

Banks returned on the July 30th episode of SmackDown after more than three months off since the match at WrestleMania. Banks came to the aid of Belair against Zelina Vega and Carmella that led to a tag match. After Belair and Banks prevailed, Banks attacked Belair to end the show. 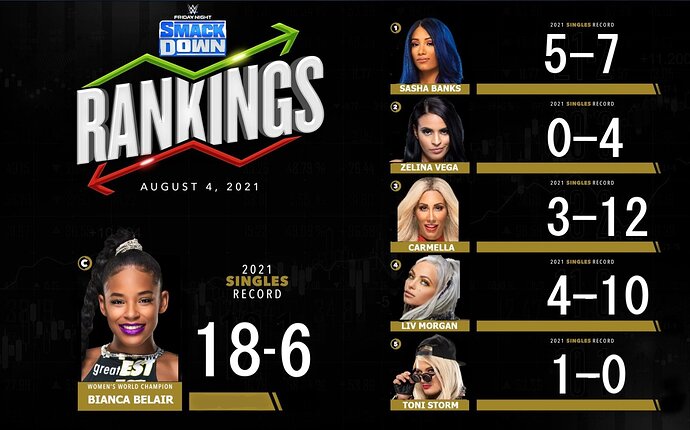 If they’re all loosing so much, who the hell is getting wins lol.