REPORT: Adam Scherr (Braun Strowman) returning to WWE, scheduled to be at 9/5 Raw

Originally published at REPORT: Adam Scherr (Braun Strowman) returning to WWE, scheduled to be at 9/5 Raw

The former Universal Champion is returning, per report.

According to a report from PWInsider, Adam Scherr (Braun Strowman) is returning to WWE. Multiple sources confirmed to the outlet that Scherr is scheduled to be at the 9/5 Monday Night Raw in Kansas City, Missouri.

Scherr was released from WWE in early June. Coming out of his first run with WWE which lasted nine years, he went on to be part of the Control Your Narrative group with EC3 and they planned a full tour that included a deal with Pro Wrestling TV.

Last December, Scherr made his Ring of Honor debut at Final Battle alongside EC3 and Westin Blake.

Scherr is 38 years of age and is a former Universal, Intercontinental and Raw Tag Team Champion in WWE. He has also won the Money in the Bank briefcase and the Andre The Giant Memorial Battle Royal.

Booooo. Not a fan of this or him

Can’t say I love this one. If it’s a short term program to get someone over, fine. I don’t want him as a top guy though over the long term.

I like Braun especially if the plan is to be with his best friend. 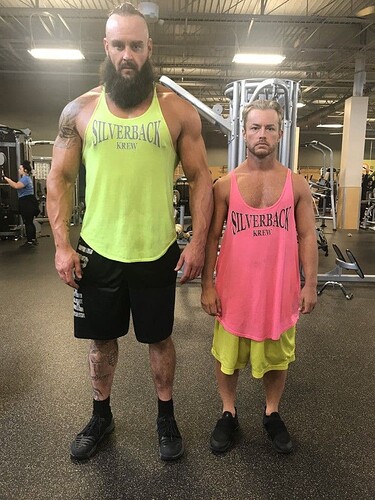 Not a fan of Braun. If you want him to be your new Kane or Big Show – a reliable monster you can heat up super-quick to put in a major program (and lose) – that’s fine by me. But as a pushed and featured guy, I feel like I’ve already seen everything he has to offer.

Whats more of a disappointment? This or Morrissey on dynamite?

Lol Control The Narrative something another

Would be better off bringing back Nicholas

I really enjoyed Morrissey Impact run so I’m optimistic. Hopefully Khan can get as much out of him as Scott D’More did lol as for Braun I enjoyed him in WWE before so we’ll see.