MJF does not attend his meet & greet session at AEW Fan Fest.

As AEW inches closer to their Double or Nothing event on May 29th in Las Vegas, they held a Fan Fest event in the city on 5/28 and MJF was scheduled to partake in a photo and autograph session.

PWInsider was first to report that MJF legitimately did not attend the event and AEW was not able to get in contact with him. For those who paid for the autograph and photo session, AEW offered make-goods to them which included refunds and offering exchanges to meet other talents. F4WOnline has also independently confirmed that AEW has not been able to contact MJF.

Fightful’s Sean Ross Sapp added to the story and noted that a flight out of Las Vegas has been booked for MJF.

He is scheduled to go one-on-one with Wardlow at Double or Nothing. Wardlow took ten lashings and won a Steel Cage match against Shawn Spears in order for the match to be made official.

MJF has stated in multiple media appearances and on AEW TV that his deal expires in 2024.

Barring any emergency situations, this is either next level kayfabe, or career suicide. No one will be willing to sign him if he no shows.

There is a possibility of an angle playing off Sasha and Naomi. If this is true however Vince will have to consider long and hard if he’s worth it. Similar to TK and Sasha

This would be pretty damn dumb if it’s a work.

There’s much easier ways to get attention than screwing over paying fans and making it seem like one of the bigger matches in the card isn’t happening. This makes no sense.

Agreed. But being so close to Sasha doing almost the same thing makes you wonder

But MJF is a 26 year old who knows he’s mega talented. It’s not hard to believe he got pissy over something and has made some questionable decisions.

He’s kind of stupid if this is how he wants out. It certainly doesn’t help your bargaining power to piss off Tony Kahn and then have Vince be able to land you for cheap.

I think even if it isn’t a work, this is clearly somewhat inspired by what he saw with Sasha.

If this is a work, then he is worth every cent of his next contract

The IWC is always so obsessed with everything possibly being a work. Like, what is to gain here from this being a work? It makes zero sense and would be incredibly stupid. This is not someone walking out before a match that was only announced 30 mins prior. This is disappointing paying customers who spent their time and money to specifically see you. This match with Wardlow is the longest and best built match on their PPV. They would be screwing with a lot of peoples trust if it were a work.

And I dont think this would matter at all to Vince. I am also not sure why people are suddenly acting lije thus guy has any morals. He would snap up MJF in a second if he thought it meant he was sticking it to AEW.

Vince has no morals and he totally would.

However he no longer has to pay him a lot of money, and you have to wonder if he’s going to play hardball to get him at a better price now that he lost some bargaining power.

Part of the MJF character is a heel who is always in character. He has often been horrible to fans during these things. In some respects screwing over the fence and doing the storyline isn’t complete something his character wouldn’t do. I would agree however it would not be received well and likely isn’t a work

Who knows, it probably is real but we are talking a guy who mocks kids in wheelchairs to get heat at autograph signings. With someone like him, I feel like everything he does and says is on some level a part of his character.

Again though, gun to my head I say its real. I think he wants out of AEW and wants to get big time money like Cody and now he’s lashing out.

Pretty sure promotions like WWE and AEW have people that book flight for the talent….anyone in that department could have leaked that info.

Denying us the MJF vs Wardlow match is by far the biggest heat that MJF can get. The guy wants real heat, he wants people to hate him, and this would do it for sure.

Why are there NEVER hard sources.
And then when others report they cite the same original reporting as their source. For example: the WON link cites 2 other outlets. Aggregators aggregating unverified sources and using those as evidence of “real” news isn’t exactly convincing.

This is why IMO paranoid wrestling fans choose to view everything as a work relating to a scripted industry oppose to taking “sources” at face value. Couple thay with the increase in monetizing such infotainment. It’s a real “trust me bro” vibe coming from the same few outlets who have become the Elites of pro wrestling coverage. Fascinating how that happened.

That’s the wrestling media in a nutshell. Whether the story is “Daniel Bryan signs with AEW”, “CM Punk signs with AEW”, “Cody Rhodes to sign with WWE”, “WWE wrestlers are unhappy backstage” etc etc. etc. pretty much every story in this business comes from “sources”. All you can do as a fan is trust the sources that end up usually being right in the end, and not trusting those that are usually BS. Is it a perfect system? No. It just is what it is.

Then when you factor in the nature of the wrestling business, a business that has a history of trying to work the fans, it leads to what this world is. Then the cherry on top, you have the IWC that want to feel as if they are “unworkable”…its just one giant clusterfuck lol.

I dont know if I contributed anything in that lol, but in closing I will say I disagree with nothing you said. 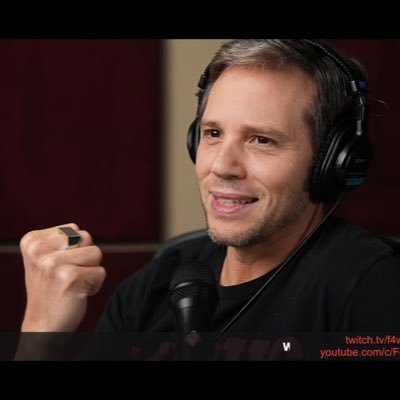 @bryanalvarez
At this point I feel pretty confident in saying I do not believe a plane ticket was ever purchased.

Is it a perfect system? No. It just is what it is.

Where this goes off the ledge is when the same people trying to sell you on how real the news is are the ones monetizing such infotainment without practicing standards that basic news reporting outlets would need to follow.

Then again, one look at “news” shows it’s all gone this way. Why? To monetize the consumer, who dare not question its legitimacy and is to accept justification later on why it was believed or true at the time. Even when not enough information is known to form a full picture, there is a race to pain a narrative that is sell-able to target audiences. Later, they’ll tell you what really happened and even if it contradicts the original reporting, it’s okay but at the time that is what was believed to be true. Meanwhile, other outlets jump on the bandwagon which creates consensus of what is real, often never originating their own new sources, just citing others to pass culpability.

Apparently the source of all this today was taking Superchats about it late into the night. Only to have another outlet - who previously cited that first source - say they no longer believed in the reporting.

It may NOT be a work, but somebody’s 100% getting worked. Any somebody is profiting off it. Too early to say whether it’s real or not but it just feels ick given the nature of Pro Wrestling and how fast it all happens. That pro wrestling fans are conditioned to look for the angle shouldn’t make them paranoid, just well conditioned to always inquire if it’s a work. That this is happening at weird hours, the story unfolding and the main publishers of the story means less consensus building and obvious benefactor. I’m just looking at this in real-time through a media lens.

I was at the fan fest, there was no big outrage about MJF not showing up. I’m betting so few people bought meet and greets for him (prices were ridiculous) and they decided to make this into a work.

Lines for people like Thunder Rosa and Swerve Strickland were embarrassingly low. I doubt many people are ultimately upset by him no showing. Anyone who bought an MJF ticket could just enter anyone else’s line anyways.

Even if it is a shoot, Khan will just let MJF sit at home for two years. He’s done that before in soccer. It would make no sense for MJF to do any of this.