AEW Dynamite was built around Chris Jericho’s 30th Anniversary Celebration with tons of guest cameos including Hiroshi Tanahashi. Plus, the Dog Collar Match between Brodie Lee and Cody for the TNT Championship with Greg Valentine in attendance, FTR defends the AEW tag titles against The Hybrid2, Brian Cage vs. Will Hobbs for the FTW title, and more announcements for next week’s AEW Anniversary Show.

Loved how the Bucks were “watching” backstage. 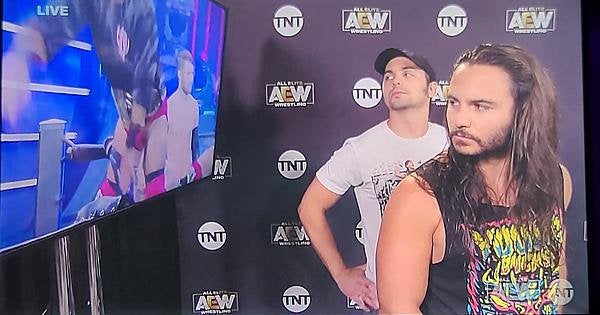