On Dynamite: It was a two hour tribute for the late Jon Huber a.k.a. Brodie Lee featuring Dark Order represented in all the matches. In the main event, Cody teamed with Orange Cassidy and 10 to take on Team Taz, Colt Cabana & The Young Bucks took on Matt Hardy & Private Party, Erick Rowan made a surprise appearance, the crowning of Brodie Jr as the Lifetime TNT Champion, and many heartfelt tributes throughout the show.

It was interesting to hear Wai say MJFs interaction with young fans is uncomfortable because when he started going at -1, we all knew where it was going and I loved it but I remembered something that happened 8 years ago in another universe John and Wai disagreeing on Daniel Bryan ripping a young fans sign. Forgive me for not remembering exactly which side you guys were on but I believe John didn’t like it while Wai thought that kid is gonna grow up to remember that moment loving it. Regardless I loved the MJF interaction and great show as a whole

It was uncomfortable at first but totally awesome after the kid revealed he was in on it. Took us for a ride. 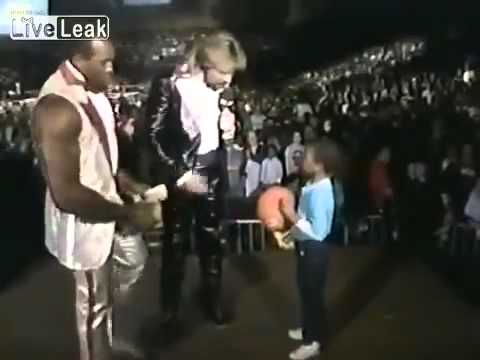 That great segment springs to mind when talking about interactions between kids and wrestlers.

FYI - the latest Talk is Jericho pod is a great addendum to this week’s Dynamite.