Should be Hall of Famer:

I’m just gonna add all the bad ideas here for now on.

I’m wondering if they do the MMA or boxing route - what if they signed Conor McGregor or Mayweather (association with Big Show).

On a related note, anyone know about Jerry Lawler’s WWE deal?

Certainly opens the door for someone like Henry Cejudo, who has appeared already on the show.

Wonder if Cain Velasquez is a possibility…

Maybe they should bring in Bruno Sammartino or Andre the Giant, I hear they’re both available

I’m interested in who it is, I just really hope it’s not a WWE guy that TNA has already tried this with (ie. Foley, Angle, Christian, Nash etc.)

Not that I think it’s any of these three, but are all of taker, Austin, and Rock under contract right now?

I heard Lawlers contract expires this week, who know, maybe he’s the guy and they do something with him and Ross.

I’m really confused by the “hall of fame worthy” line that they used. That would insinuate that the person is not in the hall of fame yet and would mean everyone you mentioned is out of question.

Taker signed a 15 year contract or something, I heard. Rock has his show on NBC and I cant see something like him showing up, with WWE promoting his show. Austin could be intriguing.

With that said, I’m heavily leaning to Christian or Angle as my choices. 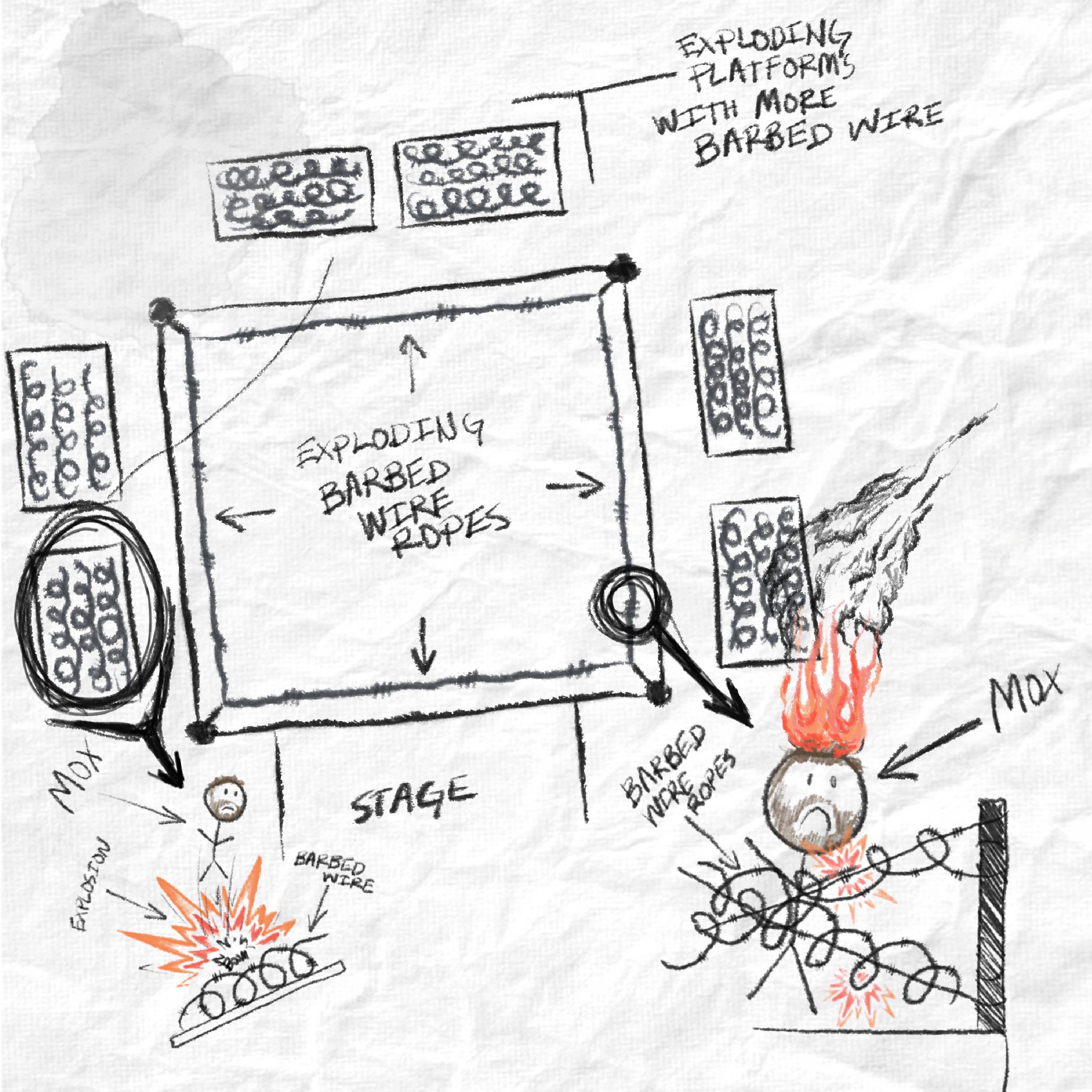 THE RULES: -3 sides of the ring ropes wrapped in barbed wire. -contact with barbed wire triggers explosives on corresponding side. -‘Triple Hell’ (3 zones on the floor wired to explosives) -30 minute countdown timer until all explosives in and around the ring detonate.
2 Likes
Rated_R_Poster March 6, 2021, 12:32pm #31

I like these rules. Leaving one side open gives them more freedom and the 30 minute time limit until everything explodes, gives something to lead to, as I’m assuming it will hit the 30 minute mark.

I’m assuming they’ll be borrowing a lot from Funk / Onita from FMW. If that’s the case… Everything is blowing up.

This sounds so sh!t it’s unbelievable. What’s next? A volcano match where they wrestle under molten lava?

Can’t wait for everybody be PISSED when it turns out someone like Christian, but you know what: why not Cain Velasquez?

These matches have been done many times before.

The rules are great, just wish they had shown them on TV. The hype for this show is massive

I guess if they are talking “WWE hall of fame”, it’s always possible they claim later that they meant “the observer hall of fame”. Not saying they will, just thinking of ways they can get around it.

I agree with you that Angle and Christian are the favs, but to be honest, I don’t want to see that and Angle is a half of famer so they would have to claim what I said above with him. I guess my preference is that it’s someone that TNA hasn’t already done, though I realize that’s a short list. CM Punk would be cool, but if he ever returns to either promotion, I’d prefer that moment to be in a sold out arena.

Exactly. Just because it’s been done many times doesn’t mean it isn’t a steaming pile of shit.

Where do you draw your line for a gimmick match then?