Week 2 of Fyter Fest was headlined by Chris Jericho taking on Orange Cassidy to counter NXT’s Double Title Match. Plus, The Young Bucks & FTR team against The Lucha Bros., The Butcher & The Blade, Kenny Omega & Hangman Page defend the AEW tag titles against Private Party, Lance Archer takes on Joey Janela, Big Swole is ejected from the building, Nyla Rose has a message, another championship is introduced, and match announcements for next week’s Fight for the Fallen.

I’d like to retract my statement about AEW being just another episode of dynamite. I think trying to watch both shows at the same time took away from the products. Better off just focusing on one.

I’m not going to lie, I was upset that Orange Cassidy didn’t beat Jericho. But I guess if Jericho is going to do something with Tyson soon, he shouldn’t be losing to Cassidy.

I didn’t mind it. I felt that it was one of those performances where the young up and comer gave everything he had, but just came up short (like a Rocky 1 story). I actually think him loosing may do more then if he won, especially if there is a rematch that he eventually wins.

Yeah totally understandable and my only argument against that would be, we have seen Jericho go toe to toe with a young up and comer before(Jungle Boy, Darby Allin, Scorpio Sky, maybe even Hangman Page) and I feel that one time the rookie needs to go over on the veteran. But it’s a very small problem I have with this amazing match. I was hooked to the very end.

But in that case is Cassidy the guy to do that for? Is he going to ride into title contention? I think you want to save the “up and comer” gets the win moment for a guy you want to elevate to the next level. So is OC that guy? Do you want a Cassidy vs Moxley headlining match? Or Cody? Or Cage? I think the hard fought loss puts him in a position where you need to take him seriously when he is in a feud but don’t need to push him up the card. I will say that eventually OC does have to win one of these matches (lost to PAC and Jericho. If say he moves on to an MJF/Archer etc feud to lose again I think he loses steam.)

I guess that’s what I was thinking while watching this match, that OC wins and we get a more serious version of him in matches. But I guess he can do that against a lower guy on the card instead of the first ever AEW champ and legend Chris Jericho.

I mean we already get a more serious version of him in his “serious matches”. I think if he were doing that all the time he would burn out interest in him. I do want him to pick up wins, but I could only have seen him beating Jericho with a roll up, which I think just continues this feud.

Loved your review of Ricochet 365 because that’s exactly what I felt when watching it. You took the words right out of my mouth. 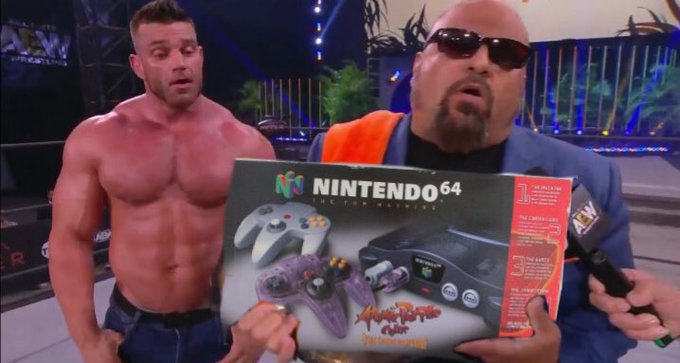