AEW Dynamite Review: After four weeks, Dynamite is HOME! AEW’s return to Daily’s Place featured the long-awaited match between Cody Rhodes and Malakai Black with a major angle to close the show, a TNT Championship Match between Miro and Lee Johnson, the next title challenger for Britt Baker steps up, Christian Cage looks to extend his undefeated streak, Jon Moxley & Eddie Kingston team with Darby Allin, and it’s the first match between Chris Jericho and Juventud Guerrera since 1999 as the Third of Labor of Jericho takes place.

Watch the video version of this podcast at YouTube.com/POSTwrestling

Double Double+ patrons get live Zoom access to all of our POST Shows after every Raw, Dynamite, SmackDown and WWE/AEW PPV. Join at postwrestlingcafe.com

Excellent show as always, gents! Really superb quality month after month during a year-plus where it is easy to be impatient or just burned out. Really always satisfied as an Espresso member!

John, I laughed my ass off at ‘John & Kate plus Nate’. My wife had to come from the other room to see what was so funny. Understandably she didn’t have the same reaction.

Here’s that new Darby Allin entrance video that was introduced on this week’s show and was mentioned in a piece of feedback. Produced by Rooster Teeth Animation. 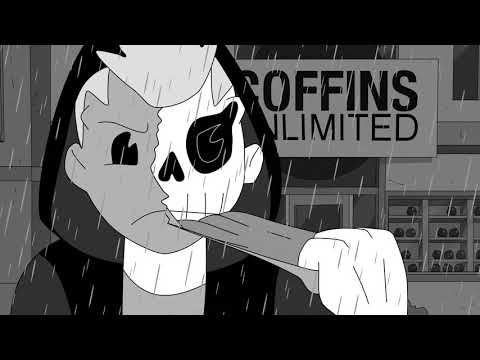 Anyone else get Radiohead Paranoid Android vibes from this?

Paranoid Android had a specific style to it. This reminds me more of older animation, or stuff done in that style like Cuphead. The gloves are a dead giveaway.

I’m not saying they are identical or anything, thats just what popped in my head when I watched it.
I’ve never heard of Cuphead in my life, but after googling it I see what you are saying.

I’m not sure why I’ve kept thinking about it, but Christian singing the Golden Girl theme song seemed really off to me. But I think I know why he did it. Just to show someone in WWE (maybe Edge) that he has the freedom to say anything he wants to in his promos in AEW.