John Pollock and Wai Ting discuss a… memorable Season Premiere of WWE Raw. Plus, the latest on the death of Principe Aereo, New Japan’s Power Struggle card, Dark Side of the Ring returning and more.

Monday’s episode of Raw – I mean where do we even begin? Retribution was absolutely decimated but Mustafa Ali is the hacker, so after that stunning reveal you’re supposed to be reinvested, but you’re not. Keith Lee was pinned. Matt Riddle ran away from a clenched fist. Remember when Liv Morgan & Ruby Riott were drafted to SmackDown? How about Otis? If this is too difficult, maybe you’ll enjoy the soothing sounds of AMEN and LEAD ME HOME as this show led us nowhere. Settle back as we break into hell!

Your Café feedback, comments, and questions from the POST Wrestling Forum.

Man. I didn’t watch due to being at work but I’m on break now and downloaded the show. I’m 3 minutes in and I’m like, my god, what happened. I saw somethings on Twitter but my god is this a hell of a build to listening to a podcast.

I remember the worst rated Raw on here being from November of 2018 with like 0.something. I can’t imagine how bad this is compared to that.

One of the best openings ever 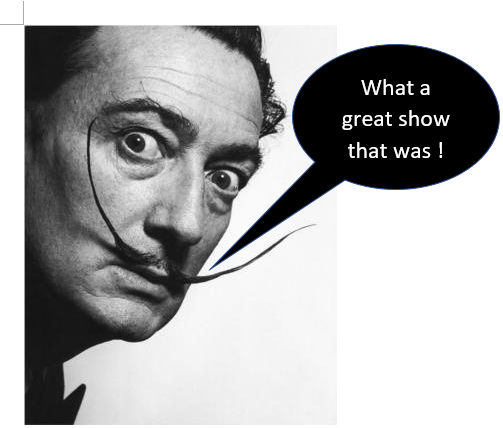 No you are fair and you completely justify your points.

Thank god John finally cracked and reviewed an episode of Raw for as bad as it is, its awful television and ranks only slightly higher than TNA early 2010s and beats WCW 2000 on pure production value only; bless John and Wai for watching a full 3 hours of this dumpster fire every week.

It’s a toxic topic but can we just note that Vince McMahon’s idea of booking in 2020 is the introduce an ANTIFA influenced group, and pairing them against an all-black group? Like WTF is WWE besides creatively bankrupt, out of touch, and on the level of WCW 2000. RAW is where NXT call ups go to become meaningless mid-carders who are interchangeable and have zero redeeming value after their first appearance. I would beg to be released or left in NXT if I was Keith Lee or Matt Riddle or Dijokovic. I would cringe at the thought of becoming the next John Morrison - a guy with a floor and a ceiling who’s best act of standing out was going to do Survivor on CBS. Maybe these guys figure in 10 years they may get a Drew push and be champion during a period of depressed ratings; or better, Kofi who got to the top of the mountain and absolutely destroyed in the most high profile segment of his life. Sad. Sad. Sad.

I also really enjoyed the thoughtful discussion of GLOW. I found the criticisms from the cast to be a very interesting topic. Suggesting anyone besides the recognized stars should be the featured characters is strange, and the ensemble cast all seemed to share in the spotlight in the last few seasons. It’s also a piece set in a very specific time so I’m not sure it was intentionally discriminatory vs. being a good representation of the time it was set in.
Nobody knew who Kia Stevens was when the show launched and Brie and Marron are recognized names to build a show around. It seemed to be misplaced criticism re: the on-screen stuff; the behind the scenes issues are a different story - that seems fair criticism. I thought the cast was diverse and hit on nuanced topics very well. I’ll miss the show.

It’s really sad for Keith Lee, Riddle and Dijak. What saddens me the most is Drew Motherlovin’ Gulak running after the 24/7 championship. You can’t miscast him more than that.

By the way is there a reason why stables in WWE often tend to be all black, all white etc? Do they think a stable with black and white people doesn’t work?

LMAO I did miss Mustafa Ali’s promo because I shut the show off after Peyton Royce and Lacey Evans. Could not have had me pegged better. Probably should’ve watched the rest of the show.

Agree with all above. This was a great podcast.

As an aside, I kinda prefer the review pre-empting the news. Get right into the meat and potatoes of the situation. But that may just be me.

I think it depends on whichever may be more topical on the day. We’re certainly open to hearing about preferences.

I enjoyed the time stamps which I hadn’t noticed before. During the G1 I was fast forwarding NEWS in case results were mentioned. Time Stamps are a great added value.

WOW. Been a while since I’ve heard this much bewliderment and desperation from you guys…maybe not since Wai’s “Why are we doing this? Does anyone care?” dark night of the soul towards the end of Review-A-Impact. In any case, made for great listening, and thanks again for taking the bullet for all of us that is reviewing main roster Fed.

Wai’s line about JBL looking like a “Dorito in a cowboy hat” made me legit laugh out loud.

To have the Riott Squad come on Raw just after the draft. It can only mean one thing. Vince has lost his mind and there’s no way to make him change his mind.

Vince lost his mind a long time ago.

I’m not sure that it will be any worse.

I guess I won’t bother trying to watch it even when it comes to the WWE Network.

EDIT: Anyhow, I’m just saying: American pro wrestling has lowered to the point that if you do not have great expectations of the product, you will never be disappointed.

The sad thing for Lee/Riddle/Dijak is that they are all the same age (give or take a year) as Drew (Lee born in 1984, Drew ‘85, Riddle ‘86, Dijak ‘87) and only a few years younger than Kofi. So in 10 years all those guys will be in their mid 40s a good 6 years older than Kofi when he got his title run. Not that runs cannot happen at that age but in general these aren’t super young guys with all the time in the world.