John Pollock and Wai Ting discuss WWE Raw and the Night of Grudge Matches, Kevin Owens speaking on the WWE’s mask policy, and reports on the UFC 251 buys.

On Raw, it was the Night of Grudge Matches headlined by Bayley & Sasha Banks defending the WWE women’s tag titles against the Kabuki Warriors. Plus, a showdown between R-Truth and Randy Orton, a WrestleMania rematch between Kevin Owens and Seth Rollins, the return of Shayna Baszler, the return of Bianca Belair, Rollins comprehends the literal meaning of this Sunday’s stipulation and Big Show accepts a challenge for an Unsanctioned Match next week!

And your phone calls, Café feedback, comments, and questions from the POST Wrestling Forum.

The Cleveland Theater caller and Jon and Wai’s subsequent attempt to respond just had me absolutely dying laughing.

I’ve never been to Cleveland, but I’d listen to that guy’s podcast every week about his local theater and the carnies. 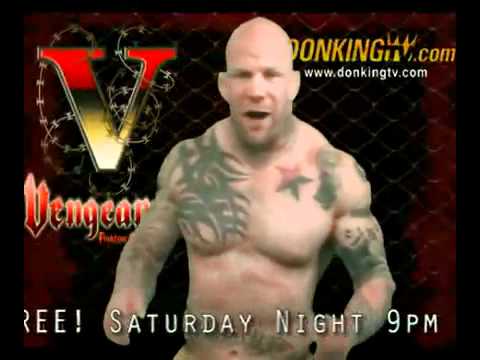 Can you be PG and advertise a horror show especially with an eye for an eye match ?

At least it’s not blood and guts, pal!

Having seen Hamilton the weekend it was released on Disney+, I don’t believe all of the music is rap (though a lot of it is), and there are very few down moments. Pretty much continuous singing.

One of the funniest rewind A Raw’s all time. This was a classic.

How does Seth Rollins keep getting worse on the mic every week? The guy is a complete embarrassment in this role

The role isn’t natural to him and the gimmick is terrible. It’s obvious he’s playing a character. Combine that with the fact he has no acting experience and you get work that would only rival the worst of community theatre.

Edge had said it best in an interview a few months back, in that acting classes are very vital.

Ya, to pull of that type of character the performer really has to have a very unique “vibe” “feel” for lack of a better term. There is a reason why guys like Bray Wyatt, Raven, and CM Punk could do it and pulled it off. Seth Rollins just doesnt have what they have.

Even Bray Wyatt, who naturally has more charisma and feel for his character struggled in the WWE setting for a long time. That cult-leader gimmick he used to do started off so hot…but at a point he became a dude who just talked in circles without ever actually saying anything. Plus, losing 24/7 didn’t help.

Kinda like Seth though…what is he saying? What’s the “greater good” and all the other nonsense he says every week. I wish any of it was explained. I wonder how they eventually get him out of the gimmick though.

Seth desperately needs to tell whoever is scripting this character to fuck off. I honestly think it’s going to do long term damage to his career. I really cannot name another main event guy who has consistently been as bad as Rollins at acting and speaking.

God that was a GOAT call by Brandon from NJ

That’s not really my point, my point is solely based on his ability to pull the character off. When Wyatt did the Cult Leader Bray Wyatt character, regardless of the way he was booked or the way his character progressed when he played it, you believed it. Seth looks like a guy pretending to be a cult leader. He just doesn’t have that “it” factor when doing it it.

I’m not actively disagreeing, I’m more so just building on top of the established point. It’s hard enough to make this character work even if you’re good at playing the role. Let alone if it’s not you and you suck at it.

Thanks for your discussion on teaching. As some may know I am a high school teacher in Ontario. I teach English currently but I am a qualified History teacher.

The history experience I had was very different from @wai0937 . My history teacher never once read from the text book and he inspired me to be the man I am today. Shout out to Mr. Power!

Thank you @johnpollock for mentioning the performative part of my profession. I’m naturally shy but when I teach a group of students I have to be “on” I am extremely animated, have a bank of dad jokes and anecdotes in my pocket and rarely have time to sit down, relax, and mark papers. This is something I sorely miss due to the pandemic.

Thanks so much for your thoughts on teaching and Hamilton. My specialty was European history so I’m not too familiar with American History. I was amazed by the structure and how operatic it was (nearly everything is sung). I’M still humming tunes.

Oh and in terms of RAW…it was very long…

I can attest to the fact that students WORSHIP Faultyrob when he walks into a classroom. He captures students’ imaginations like a crazy good promo.