Monday’s episode of Raw featured the debut of Randy Orton’s night vision goggles to assist in his attack on the legends, Drew McIntyre issues an open challenge for the WWE title, the return of Mustafa Ali, a rematch between Asuka and Zelina Vega for the women’s title, Akira Tozawa is alive, and the Telenovela involving the Mysterio Family.

Your Café feedback, comments, and questions from the POST Wrestling Forum.

So if people are curious, Bobby Roode was traded to Raw and Dolph mentioned that he was traded with Roode. The main issue of course is, Roode was out with being in Canada and they could have did something where Roode was just drafted when he was able to come back.

Granted, I forget if the language was traded or just signed.

Text messages being exposed no between a 32 year old and 19 year old? Is that what wwe should be doing in 2020?

Wai is the only guy on earth who can make sense of all these ridiculous storylines.

I think it was AJ for Dolph, Bobby and Ali

John It’s so right about that anti-mask crap. Look, I understand that I’m going to have political differences with people as we are all different. I can’t deal with an anti-mask person. Actually stopped talking to somebody altogether because of that stance. The blatant arrogance and narcissism is baffling. This is gonna go on for a long time because of people like that. I cannot even express the stupidity.

Look, I understand that I’m going to have political differences with people as we are all different.

What’s so bizarre is that somehow a plague has become “political”.

John’s feelings are totally justified, and probably shared by many of us.

Bingo. When Ziggler first popped up on Raw earlier this year to challenge McIntyre, he mentioned he and Roode were traded to Raw together.

The goggles look like special edition 3D glasses that one could buy at Cineplex. All the carnage in the poker room from four chair shots. A terrible attack angle. Why not have shot each guy taking their leave and hooded Orton get each one. Scaffold stuff on Show, production cabinets take Christian out, Flair attacked inside a limo. Instead of all the poker room videos. Not a great show at all.

This is the only thing I could think of when there was any mention of goggles. 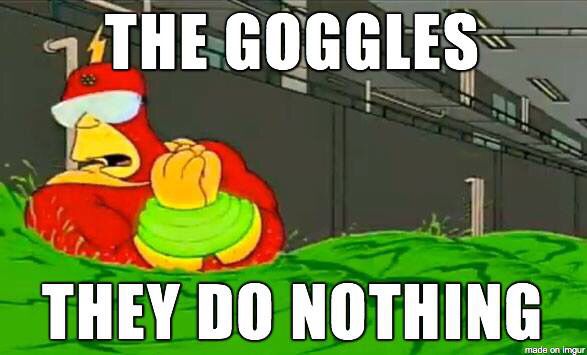 My thoughts exactly! This should have nothing to do with politics. We should all be in this one together.

I’d also like to clarify that I’m well aware Dana Brooke was called out five years ago. What I’m saying is she was initially called up with about a year’s experience and struggled big time on the main roster. Since then, I think she’s really become a solid in ring performer. Just a matter of finding her a good character.

I actually had a positive interaction with an anti-masker a week or so ago.

Visiting a random apartment building for work, I couldn’t gain access and was heading back to the shop. Wearing my mask walking back to my van, some random chain-smoking, busy-body old lady on her porch started yelling at me about how stupid masks are and she doesn’t understand the point of them (keep in mind she looked like she would be dead in 48 hours if she caught COVID).

I calmly explained to her the benefits of masks and why they were required in her apartment building and why I was wearing mine. She eventually came around to my line of thinking and agreed maybe it’s not all doom and gloom. Finally, she asked what exactly I was doing there and, upon explaining my situation, granted me access to the apartment building where I was able to meet with my client.

So ya. I guess #NotAllAntiMaskers could be the hot new twitter trend.

She still a complete idiot, there is no getting around that. However, you do have a point. I guess one should at least try a little bit.