John Pollock & Wai Ting review WCW Starrcade 1997 featuring Hollywood Hogan vs. Sting in one of the most anticipated and disappointing matches in WCW history.

They discuss Nick Patrick’s not-so-fast count that totally screwed up the finish of the main event, Bret Hart’s fumbled arrival in WCW, Buff Bagwell vs. Lex Luger in one of the most boring matches we’ve seen in a long time, Eddie Guerrero vs. Dean Malenko and more.

Espresso Executive Producer Justin Killian sends us a message to discuss his selection.

I’m glad that the industry or AEW has changed what a match is when it comes to performance and doing jobs, Buddy Matthews, Andrade, Gran Metalik want to perform they wanna work, not 2 minutes on Raw but Andrade and his feud with Pac and Cody, Buddy doing matches with Okada and Malakai Balck outside of WWE, I understand these guys aren’t Randy Savage but I made a repulsed face hearing that he wanted to win and pin the most over guy on the other team and to get multiple no shows from Konan and Nash when it’s time to lose unless AEW is straight-up lying to us about Tony Khan nixing The Bucks and Cody losing matches in the early da,ys I’m fortunate thatt I’m a fan of performers and not just guys who get booked to win. 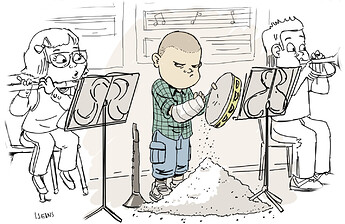 @johnpollock - Bischoff has absolutely has stated that fans were happy at the time. He questioned Conrad at the time if he had an issue with the finish, or if it was only after guys like Meltzer criticized it / and years after online people dumped on it.

This is amazing. Great work!

This is incredible, Beans!!

John made the EXACT SAME COMPARISON of Nick Patrick to Steve Mazzagatti in 2010! I considered mentioning it in my feedback but I thought, surely, there’s no way John would bring up Steve Mazzagatti again. And yet!

I really regret not including it in my feedback.

Wow! You can bring it up when we review this show again in 11 years.