For this show, we will be reviewing WCW Starrcade 1997 as chosen by Espresso Executive Producer Justin Killian.

The show can be watched on the WWE Network (account required).

Please leave any feedback, questions & memories of this show. 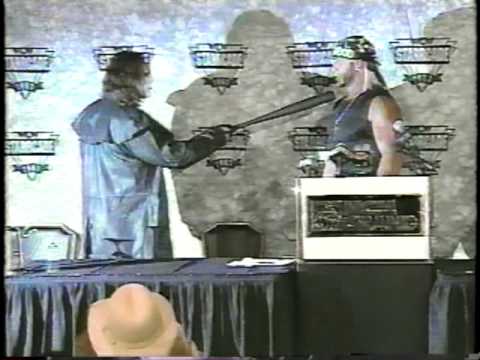 Rewatching this show last week, especially in proximity to Full Gear, really drove home to me that the worst thing about WCW was letting fans down in key situations repeatedly. The finish to Sting & Hogan is the worst example in the lineage that includes never clarifying that the Starrcade 96 main event was non title, the finger poke of doom, the surprise at great American bash 2000 being the Goldberg heel turn etc.

This show seems to be booked to combine the catharsis of sting finally overcoming Hogan dovetailing with him being one of the only faces to win on the show itself, but it just fails completely. The last hour having Hogan’s ego ruining their biggest ever main event coupled with the beginning of totally misusing Bret Hart means this show really captures the negative side of WCW.

Bret Hart was red hot and coming off one of the most talked about incidents in wrestling history and WCW debuted him as a fucking special ref in a nothing match. What the fuck.

It’s been 11 years since you two have last reviewed WCW Starrcade '97. I wonder if on today’s review, as in December of 2010, the following will happen:

Despite Eric Bischoff trying to create a narrative through his podcast that it is “revisionist history” that people didn’t like the ending of the show at the time, and only people being overly critical of the product in hindsight that they see its flaws - I can certainly say that as a 14 year old at the time with no newsletter opinions or overly easy access to online opinions, I saw the show was a colossal fumble at the time… And increased time removed from the show only goes to back it all up.

I remember not too long after this show Bischoff would be on Off The Record - and I distinctly remember him downplaying the idea of the WCW / nWo rivalry ever needing to end. Starrcade 97 is a clear indication that they missed the opportunity to end it properly.

Bischoff has also gone on record talking vaguely that Sting wasn’t in the best place mentally / physically at the time. I’ll never understand even if that was the case, they didn’t just let Sting have the clear win on PPV and then do something screwy om the TV in the following weeks to get to the exact same finish / build they were headed to for the rematch at Superbrawl that February.

This show truly is a time capsule of a couple of good things (Guerrero, Malenko… And that’s about all on this show) about WCW, but also mostly truly terrible. And at the end of the day, the ending of this show is in my opinion far more damaging to the company than The Finger Poke of Doom, or any of the shit that would follow on the years to come.

They had a very simple path to follow, and completely fucked it up, due umb ego plays and terrible leadership. Not to mention an undercard missing a ton of the key players that made their TV somewhat enjoyable to watch.

Awful show, and an unforgivable finish to the main event.

For people looking more into this, Bischoff and Conrad had one hell of a shouting match about the finish here and hearing Conrad just call out his BS is just so entertaining to listen to at around the 15 minute mark. 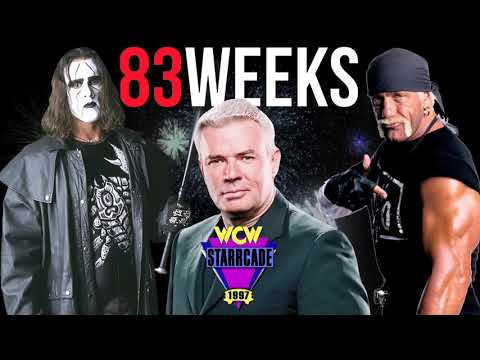 Yeah Bischoffs big thing was Sting didn’t have a tan. That was the day I stopped listening to his podcast.

It should have been simple - Hogan cheats and dominates early, Sting fires up and begins no selling and wins. Eight minutes tops.

Big WCW celebration and then the next night on Nitro the show opens with the Outsiders laying out Hogan and blaming him. Hogan disappears for six months and comes back in the red and yellow

Yup, basically the show I dropped off listening to that podcast. Absolutely bonkers how far Bischoff will go to try and spin the end of this show.