Date set for ROH’s next pay-per-view.

As the AEW x NJPW Forbidden Door post-show media scrum was underway, Tony Khan confirmed that Ring of Honor’s next pay-per-view is Death Before Dishonor. He stated that the event is scheduled for July 23rd in Lowell, Massachusetts at the Tsongas Center.

The reigning ROH World Champion is Jonathan Gresham, who is signed to AEW. 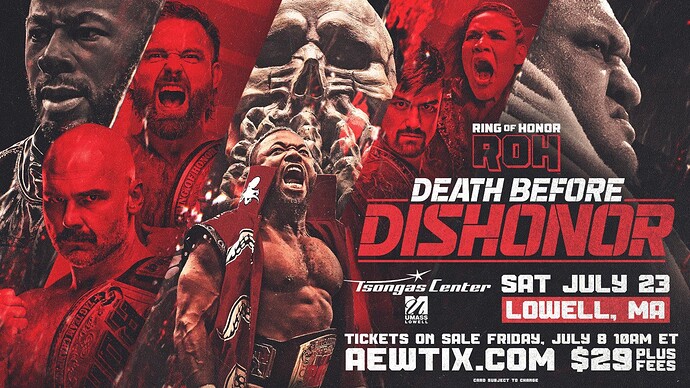