This is what I’d like to see happen with Roman…

June 2018- Roman wins the MITB briefcase at the PPV. Next night he’s promoted on Raw, but doesn’t show up. For several weeks the announcers bring up not knowing where Roman is, until finally he just isnt mentioned anymore.

September 2018-April 2019- AOP goes on a tear through the tag division. They begin cutting very cryptic promos about a rising coming to Raw.

April 2019- At Wrestlemania, Braun Strowman retains his championship in the main event against whoever, the opponent doesnt matter. The fireworks all go off and Braun is posing, but he’s suddenly attacked by the AOP who come through the crowd with chairs. the AOP obliterate Braun and then Romans music hits. He comes down with his MITB briefcase, with a fresh new hairstyle(similar to the AOP) and new ring gear.

AOP hand Roman a chair and he beats the hell out of Braun. AOP then hold up Braun and Roman spears him. He goes for the pin, 1…2…but Roman pulls up Braun. He’s not done with him, but lifts him up and hits him with a brand new finisher and this time he covers Braun for the 3. Roman is the new Universal Champion, AOP are the tag champs and on Raw they announce that they are the Empire of Pain and they run Raw as the big heel stable.

May 2022:
Roman has just Main Evented his 8th Mania in a Row
In an ironic twist, WrestleMania 38 is 12 hours with no one but the fan of long shows @theCobra seeing the main event. Roman defeats Shane in a Boo-urns flaming casket match. 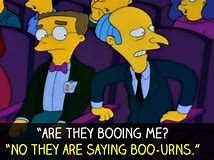 Sami joins AOP and the hottest selling T-shirt of 2022 is "don’t drop the SOAP’.

all star in a remake of Tres Amigos.

Screw it, let’s just go with your ideas.