Totally random but apparently the Barstool Sports owned Rough & Rowdy boxing promotion did 30,000 buys at &19.99 for their latest PPV. The most they’ve done is 40k.

Is it me, or is that seemingly very successful and competitive vs some of the wrestling promotions we talk about?

Would be curious what the last Bellator PPV or Impact PPV did in terms of buys and price points.

This is the same Barstool Sports whose CEO joined the WWE board a few weeks back.

I believe the last Bellator PPV was in 2017, and did a bit under 100,000 buys ($50). It had 2 title fights, and names like Chael Sonnen, Wanderlei Silva, and Fedor Emelianenko on it. That being said, they couldn’t do that number right now.

Can someone explain what Barstool Sports is for us in the UK? I see the name a lot and don’t understand what it is. I thought it was a viral content distributer á la LadBible?

It is an online media company. It gained popularity in 2000s behind a Howard Stern like cult of personality, Dave Portnoy. It was newpaper/online distribution that grew into an online media company that got acquired by Chernin Group who is a serious investor stateside. From there they blew up in podcasting, got their own Sirius Radio station, and ultimately sold to Penn National which is a casino operator where they are the mobile sportsbook brand and eventually many casinos will be rebranded. It’s wildly popular in the Key Demo and has constantly been controversial for their nonPC culture and unapologetic attempts at humor. The founder and cult of personality figure is a lightening rod and will get into feuds with anyone ranging from ESPN to Roger Goodell (commissioner of NFL).

The CEO who joined the board was brought in to legitimize them in the corporate world after they were first acquired and she’s really amazing as a business leader which is why it’s interestinf WWE brought her on the board. That and the company has far reach in the key demo.

I have never been a big follower Outside random public feuds or controversies that emerged over the years. Then the guy Portnoy crossed into an area of interest to me during the pandemic (stock market) and that really sent his profile sky high along with the Penn deal as that’s a public company. Like WWE I enjoy following them because of their business and the business side fascinated me. I’ve tracked their growth and while much of their culture in the past has not been something I’m into, it’s impossible to deny his or their success.
Hope that helps explain them.

When I heard that Rough and Rowdy # I was shocked as I hadn’t heard of them doing more events since the Pandemic but it seems to have done well on PPV or however they sell it. Curious if anyone else follows or even has watched a Rough and Rowdy

It’s not entirely surprising that they can do those sorts of numbers considering how popular they are. One thing I don’t think Barstool gets enough credit for is how well they’ve done bringing in the female audience. There are a ton of really successful female hosts and feminine-focused shows on their programs. For all the accusations of misogyny I’ve heard levied against Portnoy and Barstool over the years, they have done a good job elevating their female staffers and they have a big female audience as a result. Way bigger than your average female audience for your normal sports radio broadcasts, I would bet.

I think that probably plays a big role in why their PPV numbers do so well. My girlfriend has zero interest in MMA and I don’t think she even knows what a Bellator is, but she knows all about Rough and Rowdy because she’s obsessed with Barstool. When you can hold such influence over that half of the population (who in turn might be the ones convincing their boyfriends and husbands to order the PPV instead of vice versa), you can do some numbers. $20 isn’t a huge ask either.

Is this legit boxers or Logan Paul vs KSI level boxers?

If its the latter. I’m not surprised its doing well. Freak show level boxing has its fans.

I remember those Bumfight videos did well back in the day as well. There is an audience for these kinds of things.

Oh so it is bumfights all over again.

And then they have the popular Barstool personalities doing commentary and create contests through their apps to pick fights and earn points.

The latter concept of making it a contest through the app for viewers is something I think Wrestling promotions could adopt to increase Active engagement vs passive.

Fact! I use Verdict for UFC fights and I become so much more engaged in watching a fight. It’s like betting without the bummer of losing money.

Erika Nardini has Stephanie McMahon on her podcast and it was a really great listen. If you can handle all the ad reads at the beginning I recommend anyone who wants to hear two smart women chat their industry.

I remember those Bumfight videos did well back in the day as well. There is an audience for these kinds of things

LOL I don’t think it’s quite on that level considering the guys on RnR are mostly normal people being paid cash to fight on camera. The Bum Fights videos were pure exploitation of homeless people and the mentally ill, and often these people were paid either next to nothing or with drugs and other contraband. Though it did culminate in this all-timer on Dr. Phil: 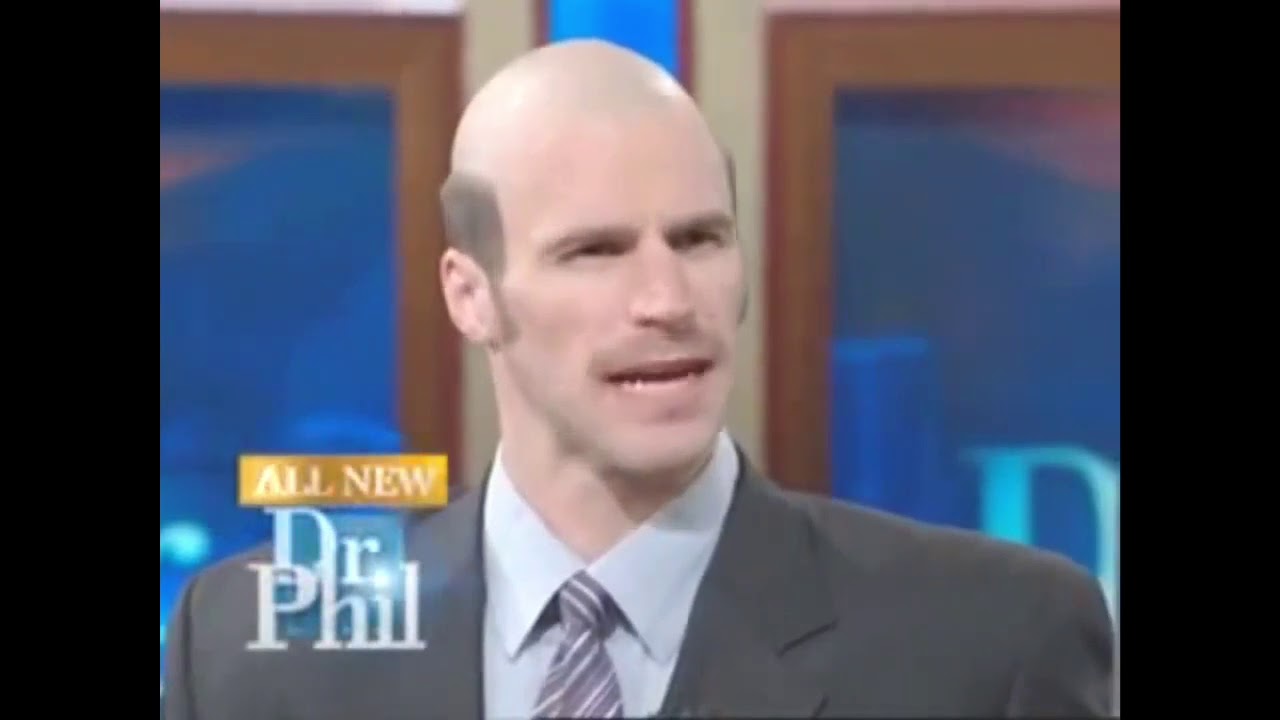 Lol That Dr Phil segment was like a typical WWE segment. It was obvious he was brought in just to get a kicked out early.

The Jose Conseco fight apparently did 150k buys as revealed by Portnoy on his latest pod. Previous high was 50k. WOW

The deal structure was Jose to take 50% of buys above their previous record. Jose walked away w/ $50k (did not collect a Win bonus) and $1,000,000 for his deal bonus for buys

Jose Canseco fighting can be attributed for 100k PPV buys in 2021. What is this life?