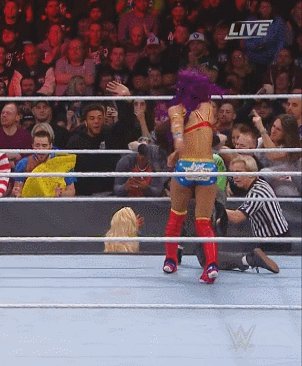 and here's the moment you were all waiting for https://t.co/nGlWEeewXm 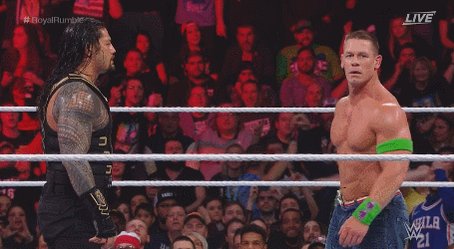 oh my god i thought Cena was yelling NO NO at the Philly crowd who were chanting YOU BOTH SUCK he's yelling NOW NOW SHINSUKE NOW https://t.co/1BvDgs4fmt
Deezy January 29, 2018, 11:17pm #2

Somehow this is Cena’s fault, not Nakamura being out of position.

Seeing some vintage Kelly Kelly rope running and terrible offense was mine tho.

Seeing some vintage Kelly Kelly rope running and terrible offense was mine tho.

Finally we agree on something. She got a surprisingly large pop from my friends during their rumble party.

I remember how much the guys would rag on Kelly Kelly running the ropes when I first found the old place.

While the Cena thing looks bad, I really have enjoyed more inside behind the curtain views of matches. I’ve wanted them to do a show with two guys doing a directors commentary style review of a big match.

These are good botches, but my favourite was the finish to the women’s Royal Rumble. No way did the agent book a shin kick that barely connected to be the finish! I still wonder what was supposed to happen?

Speaking of that rumble finish…I was cringing hard when Asuka and Nikki Bella did that reverse triangle spot over the ropes. …I kept thinking “wtf you doing Nikki???” because of her neck issues. Pretty ballsy on her part.

I know, right? I can’t believe anyone in there right mind booked that as the way to lead to her elimination.

It was an original finish, so I liked it. But the execution could’ve been much better.