Remember when The Elite at ALL-IN had talked about sticking together next year? This is probably what they’ve been alluding to.

There are unconfirmed reports coming out that Jim Ross and Chris Jericho have been working with renowned agent Barry Bloom and Jacksonville Jaguars owners, Shahid and Tony Khan in launching a groundwork for a new wrestling tournament. JR’s contract with WWE expires shortly and he has declined an offer to renew. He has been sending out feelers to select WWE performers, while Jericho has been handling the New Japan side. Bloom was recently in Japan taking meetings related to this deal. Cody Rhodes and The Young Bucks are on board, as are Hangman Page and a few others. Still unconfirmed, but it’s gonna be interesting what’s going to happen within the industry in 2019. I have my suspicions because JR had said many times that he no interest in starting up his own promotion so this surprises me. 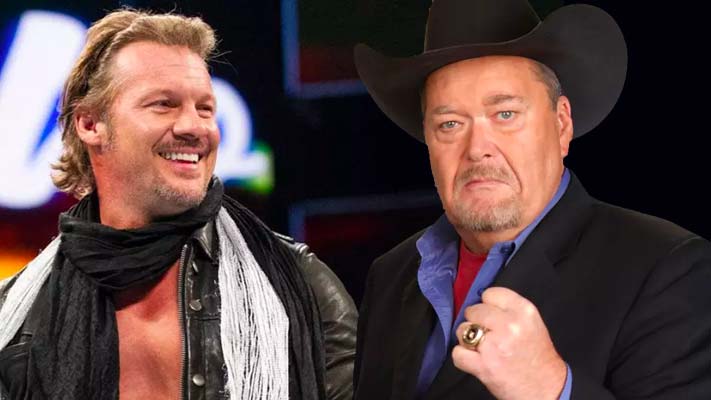 Exclusive details on Jim Ross and Chris Jericho working on launching a new pro wrestling promotion along with a billionaire backer.

I would love that. It sounds totally plausible after the WWE TV deal that another big network would want wrestling but not IMPACT or ROH. I totally see Jericho wanting to do something like that and I think he is the right guy to do it. He has denied it already but that doesn’t mean anything.

I think this is legit. It just makes too much sense to me.

Jericho won’t even do a match in North America that isn’t for WWE. He’s obviously been having fun with this new japan run and the cruise. So I am very suspicious of these most likely rediculous rumors of him being involved in trying to create a competitor.

I’ll believe it when I see it, we seem to get rumours like this every few years, they usually end up being nonsense. It’d be super exciting if it did actually happen, though. Despite Ross’s declining commentary he’s still got a great mind for the business, and Jericho is really creative.

Umm…he attacked Kenny Omega at All In. It doesn’t matter if it was a match or an appaerence, technically the same as far as the WWE is concerned.

If anything, you could argue that since he wasn’t advertised for All In, he wasnt “doing business” in opposition of WWE. I personally think that logic is a little bit suspect, but I can see it being explained from that angle.

I read that both Ross and Jericho called the story bullshit and pure fabrication. If I came from Jericho I would have might doubt about the statement mostly because Jericho as a proven record of playing with the IWC but Ross hasn’t plus did he sign some sort of a legend deal with WWE a few years ago which would prevent him from doing something like this?

Anyway, I don’t see this happening but if it does, It will be the biggest surprise of the year, I’m just hoping that they have a great plan before starting it because with so many Indy company out there, it will be hard to stand out from the rest of the pack.

There is no way the story can be accurate as suggested.
Now if there is discussion or plans on some kind of formalized All In 2 and perhaps expansion then I could see other promotions in discussion to figure out how that could work and everyone wins (as All In was a win-win for all involved). Besides, wouldn’t any involvement or even the hint at involvement of Bucks/Cody/Omega/Page in any use of recruitment be a violation of their contracts. Some form of collusion. And Jericho has a deal with New Japan and if he’s starting his own company and using the deal with New Japan to recruit also thing that’s somehow illegal. But I don’t claim to know contract law details

AXS shouldn’t be considered as an option for a network. Not a lot of households have that.

You’d think Jericho would be way to busy to even consider starting a company. William Regal did join in on the joke on twitter and that made me chuckle.

Lance Storm Tweeted out that if Jericho started a book store he was interested, now that he has a wrestling promotion along with other things. Sorry on work pc and dont have twitter on here to get exact quote
.

went and found the tweet from Lance. I see it is a response to one from Jericho sarcastically asking that he is starting a wrestling company.

Not much of this coming out of this week, looks the likelihood is slim now.

He knows what a clusterfuck that is.

Man, it’s sooooooo weird looking back at this now. Never thought it would grow to what it would become today.

Jericho won’t even do a match in North America that isn’t for WWE. He’s obviously been having fun with this new japan run and the cruise. So I am very suspicious of these most likely rediculous rumors of him being involved in trying to create a competitor.

Yeah… maybe I should stop making predictions. This is why I never gamble on anything.

LOL you had some understandable instincts though. Jericho was that type of person. Still, gives me chills looking back at this now.