September episodes of NXT to be split between USA & WWE Network

Later this month, NXT will be moving to the USA Network but will not air the complete shows on the network until October.

Beginning Wednesday, October 2nd, the complete two-hour show will run on the USA Network opposite AEW’s debut on TNT during the same two-hour slot.

The popular USA Network show “Suits” will be broadcast in the 9-10 pm slot on September 18th and 25th, including the season-finale on the final Wednesday of the month.

NXT has announced two matches for the September 18th debut on the USA Network with Velveteen Dream vs. Roderick Strong for the North American title and a three-way match with Io Shirai vs. Mia Yim vs. Bianca Belair in a #1 contender’s match for Shayna Baszler’s women’s title.

Well as a non-american this is a bad move, this means I can watch the second hour live on WWE Network, but I’ll have to wait 24-hours for the first hour to be made available as VOD on WWE Network.

Dobut NXT will take a high priority when I can’t watch it for 24-hours from 2 weeks time.

It states the whole show will be made immediately on demand. 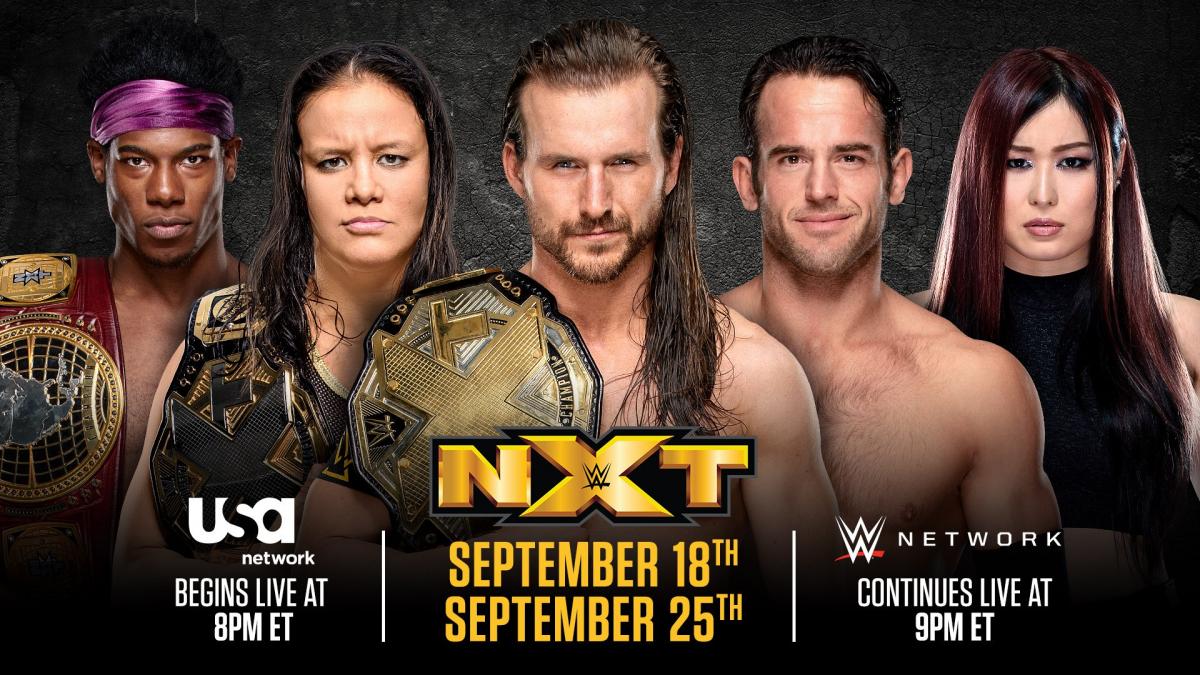 NXT to air live on USA Network and WWE Network on Sept. 18 and 25

Get important details on how to catch all the action of NXT’s first two live episodes.

USA executives flexing their power. “Oh, you want to get the jump on a ratings war with another wrestling show? Okay, but we’re not budging with Suits!”

So why is it necessary for NXT to have a weekly two-hour show again?