Daffney passes away at the age of 46.

SHIMMER Wrestling made the announcement through their digital platforms that Shannon Spruill, known in wrestling as ‘Daffney’ has passed away.

We are very sad to have to announce the passing of Shannon Spruill aka Daffney Unger @screamqueendaff. We are posting this at the request of her family. Please respect their privacy at this trying time. I will miss you my logical sister from another mister.

"We are very sad to have to announce the passing of Shannon Spruill aka Daffney Unger @screamqueendaff. We are posting this at the request of her family. Please respect their privacy at this trying time.
I will miss you my logical sister from another mister."
-Lexie Fyfe

On 9/1, Daffney went live on Instagram and made comments that made colleagues and fans of hers worried. There was an outpour of support for Daffney on social media and numerous individuals were publicly seeking a way to get in contact with her.

Daffney had been involved in wrestling since the late 90s. She had a run in WCW where she became the second woman to hold the company’s Cruiserweight Championship. She also had a run in TNA, competed for Ring of Honor in 2018 and was a constant on the independent scene.

POST Wrestling would like to send our condolences to the family, friends and loved ones of Shannon ‘Daffney’ Spruill.

This is so sad, I was a big fan of Daffney back in her WCW days, you just hate to see things like this happen. I always felt that Nikki Cross felt like a throwback to Daffney, such a great character. RIP.

Apparently Karl Anderson is being slammed for some comments he made online in response to WWEs mental health program which was apparently mentioned to talent in response to Daffneys passing.

AEW and Impact Wrestling star Karl Anderson got himself into hot water on Twitter Thursday night after he bashed the WWE for a bizarre reason.

I’m surprised this story has picked up so much traction.

I mean, for all the good they try and try to do, they have a long track record of not caring about former talent and doing all around shitty things.

Ashley Massaro's Rape While On WWE Trip Supporting The Troops Detailed In...

Ashley Massaro tragically passed away at the age of 39-year-old. She left behind a daughter named Alexa and tons of friends and fans all around the world. 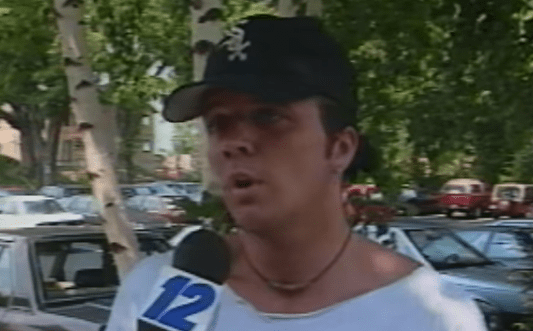 Tom Cole, at center of the WWF's '90s scandal, passes away

Tom Cole, who was at the center of the WWE’s ring boy scandal in the early ‘90s, has died at the age of 50 according to his older brother.

The DA’s office and the media certainly failed to do their jobs following Snuka’s first horrific assault. But according to newly uncovered police records, Vince McMahon himself may have played a larger role in the events that led to Argentino’s later...

…they probably could have helped somebody like Chyna for sure.

And Karl Anderson has every right to hold a grudge. Turned down a big opportunity for a promised contract that he took - and then fired from six months later. Oh, and allowed to be held as a bargaining chip in a tiff between a Saudi prince and Vince McMahon.

From what I have read, I dont think the backlash (as a whole) is about people defending WWE, but rather people finding the timing inappropriate.

Personally, I have zero issue with Karl Anderson speaking his mind, though I found the quote childish. I would have preferred him writing a detailed explanation as to why he thinks their tweet was hypocritical or breaking down why they should do better opposed to saying “they suck bro” which clearly either he or someone who handles his PR agrees with since he took the tweet down.

I also think this part is a bad look:

He then faced a sharp backlash from WWE fans and others who slammed his dismissive response. In a variety of tweets, he referred to those critics as “marks,” and challenged some fans to see him and “talk in person.” Anderson also said “marks” are the reason he denies fans autographs and photo opportunities.