So,who has Game stop shares then

Us Englanders have our version,Game,it is run by a mockney thief so wouldn’t buy any of their shares.
Have splashed out on 0.4 shares of GameStop to put it to the man and get filthy rich.

I’m a Dogecoin connoisseur myself.

I’m being totally honest here and looking for someone to actually explain what happened with GameStop stock to me in simple terms. I’ve read a lot about it this week and understand most of it.

The one thing that doesn’t make sense about “short selling” is the idea of borrowing/lending stock. Why would someone who owned shares of GameStop “lend” shares to someone planning on selling them and returning them to the lender at a lower value. This makes no sense to me. Does the lender get a “rental fee” for their stock that can make up the difference in value?

Maybe there’s a forum member who is actually a financial wiz that can explain that part to me.

I have spent a week trying to figure out short stocks,not ready to explain what I think is going on yet.

I’m obsessed with the story. Have followed the GameStop short squeeze since 2018 (I remember the original post About it being one of the first things I read when I started getting into trading). I’ve been in and out of the play since 2018. Unfortunately always extremely cautious and doubtful it would ever happen in the perfect storm way required to see what we saw the last 2 weeks. I am no longer playing GameStop. But am a few others. This isn’t advice and actually be really aware that getting in on it now- especially with the “rules” changing daily - is pretty much gambling at this point. Whereas the theory the short squeeze is based on in valid, nobody knows what’s really going to happen because it’s never been at this scale for this long of a period. When it has, it’s always corrected down. But this is unprecedented and be advised it’s very risky to try and jump on now so only if you don’t mind losing the money take the risk.

@wai0937 I’ve read a lot of similar summaries. And I always have the same question i had above.

Why would a stock owner let someone else “borrow” stock? It seems like the only scenario to lend stock is so someone else will do a “short sale” and then the stock returned to the owner is typically worth less.

Why would a stock owner let someone else “borrow” stock? It seems like the only scenario to lend stock is so someone else will do a “short sale” and then the stock returned to the owner is typically worth less.

The lender is paid a lender’s fee when the shares are sold. These fees can also accumulate interest, I believe, depending how long you wait to re-buy the shorted stock. So in the case of GME as short sellers stall for time hoping investors bail out and the price drops, they are also potentially accumulating interest on the borrowed shares. This is one of the reasons many GME HODLers believe they still have a lot of leverage.

This guy I found on Twitter talks about what happened in a basic sense (Help me out)!

OK I did it. Did my best to explain the GameStop hedge fund massacre in seven TikToks. It's heavily simplified, and I left out a few things like like puts and naked calls, but hopefully anybody who is new to all of this will get the gist of it. Part 1: https://t.co/1Qw1wIvoAl
RedRaider07 February 1, 2021, 2:25am #10

Thank you! This has been missing from most write ups I’ve read. So there is a potential financial benefit of lending out stocks.

It’s still filled with risks though. As is the entire stock market. The whole GameStop saga has reinforced my dislike of the entire stock system. Betting against companies to succeed. Making risks with people’s investments. Never being a true indicator of any companies financial position. It’s infuriating.

Shorting doesn’t change whether a company is viable or not and therefore affect whether a company succeeds or not unless it’s already a failing business, unable to raise capital via a means other than issuing new shares. In that case it can become a death spiral, as the dilution caused by the new shares pushing the price down further to the point where the number of shares needed to be issued to raise the capital required essentially makes them toxic.

Most hedge funds use shorts as a way to hedge risk which I don’t have a problem with. It’s the ones that aggressively short and manipulate the price as a primary goal that I have a problem with and cannot understand why it is legal.

Take Carson Block’s Muddy Waters as an example. They take out huge short positions and then publish research with their opinion that company X is full of shit. Now granted, a lot of the time they are correct (NMC Health Plc) but the they have a vested interest in causing panic selling and they are rarely held to account if their research is not proven to be correct (Burford Capital) and invariably it’s private investors who take the biggest hit.

The whole Game Stop, AMC, etc. situation was market manipulation by who knows who and fuelled by people acting like lemmings and gambling their money based on what anonymous people in a chat room said to do. Some people got lucky (and it was luck) but a lot have already lost or will lose money.

I’m still perplexed why Game Stop didn’t issue a shit load of shares when the price was $400 to raise the capital they need to fundamentally overhaul their failing business model.

Wish I could go back a few months and buy some Game Stop stock. Don’t know if it’s worth it now, the stock price will probably come crashing down soon.

Don’t. It already has.

Because RobinHood eliminated the ability to buy. Unfortunately we’ll never know how the game would have played out. I suspect they would have or may have been looking to behind the scenes. The stories about this will be epic.

Aside from the fact Robin Hood aren’t the only game in town and therefore any stock issued could have been bought via other broker platforms, apparently Game Stock didn’t make moves to do so.

AMC were in exactly the same position and managed to do it although I accept the difference is they are only a temporary zombie company and were, prior to the pandemic, profitable and therefore able to attract institutional investors which Game Stop were never going to be able to do.

I’m still perplexed why Game Stop didn’t issue a shit load of shares when the price was $400 to raise the capital they need to fundamentally overhaul their failing business model.

Wasn’t GameStop under some sort of court order this entire time to basically say and do nothing at all that could in any way affect their price? They’ve been completely silent and neutral this whole time and I’m pretty sure it’s because the SEC told them they had to be. 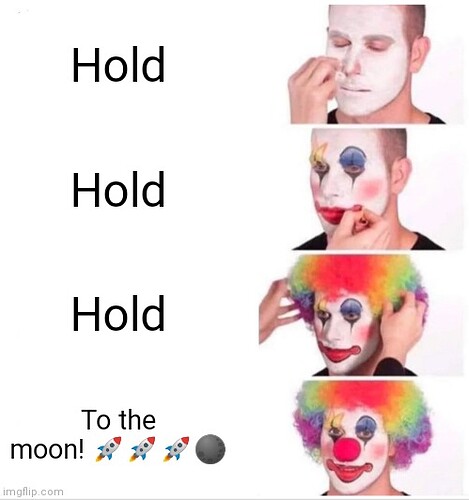 If they have been told to say nothing then I haven’t seen that reported anywhere. I would also find that strange as usually a company would be expected to do the exact opposite and state something along the lines of “we are unaware of any reason for the movement in the share price” to deter people from speculating when a share is acting erratically with no fundamental news to explain it.

Yeah like Nokia did for example. I also was stunned that they didn’t increase their capital by issuing at least some stock … you would expect a company to make that move if someone overvalues their company that heavily.